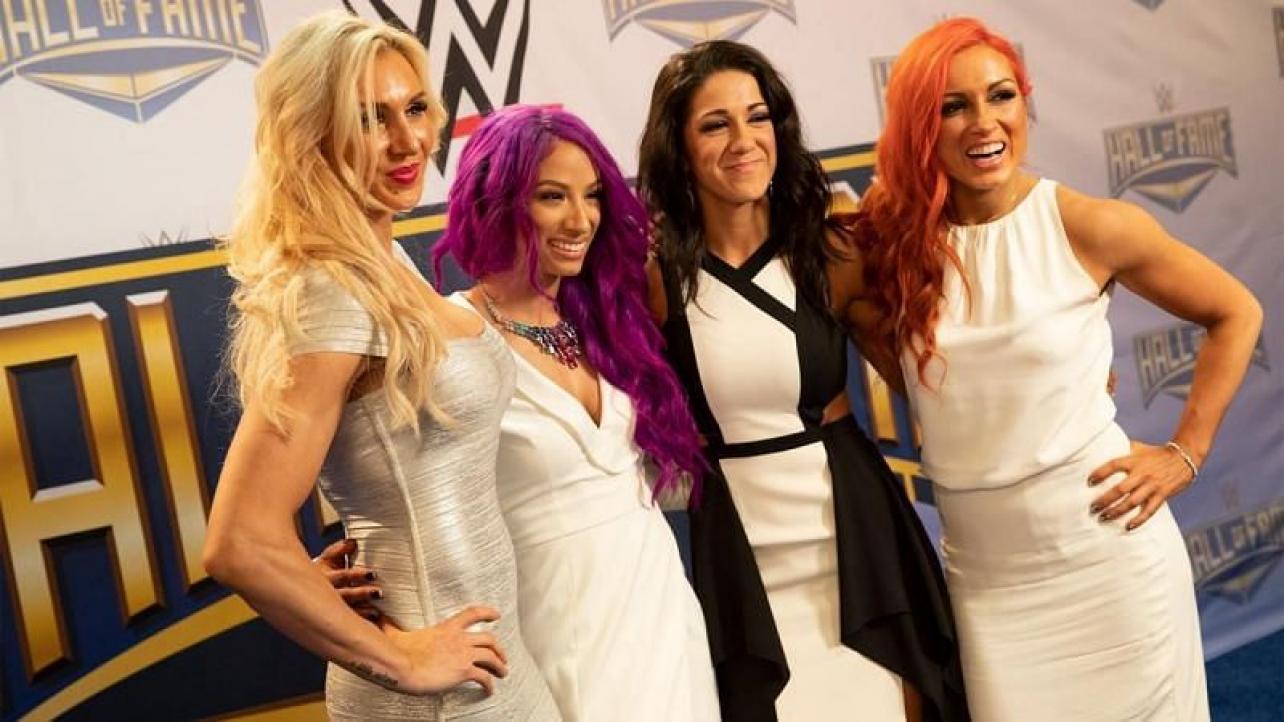 Following last Saturday night’s WWE Elimination Chamber Premium Live Event, the Women’s Title Matches for both the red brand and the blue brand at The Show Of Shows have been made official, but this past November to early December, the promotion was “seriously” considering a blockbuster Fatal 4-Way Match between the promotion’s Four Horsewomen (RAW Women’s Champion “Big Time Becks” Becky Lynch, SmackDown Women’s Champion Charlotte Flair, “The Boss” Sasha Banks and Bayley at WrestleMania 38, Louis Dangoor of GiveMeSport reports.

It was noted on the report that the idea was to have a Fatal 4-Way Match between Sasha Banks, Bayley, Becky Lynch and Charlotte Flair and that they will be main-eventing WrestleMania 38 Night 1, with the RAW and SmackDown Women’s Titles hanging in the balance in a “Winner Takes All” Match, but WWE didn’t push through with that idea due to a number of reasons, the main reason being Ronda Rousey.

Ronda revealed sometime in December that she will not be returning to the WWE, which is why the match idea was brought up, but when Rousey’s involvement at WrestleMania was made official, WWE decided the Fatal 4-Way Match will be scrapped and with people in WWE wanting the storyline between Bianca Belair and Becky Lynch to culminate at WrestleMania, that is the direction the WWE went.