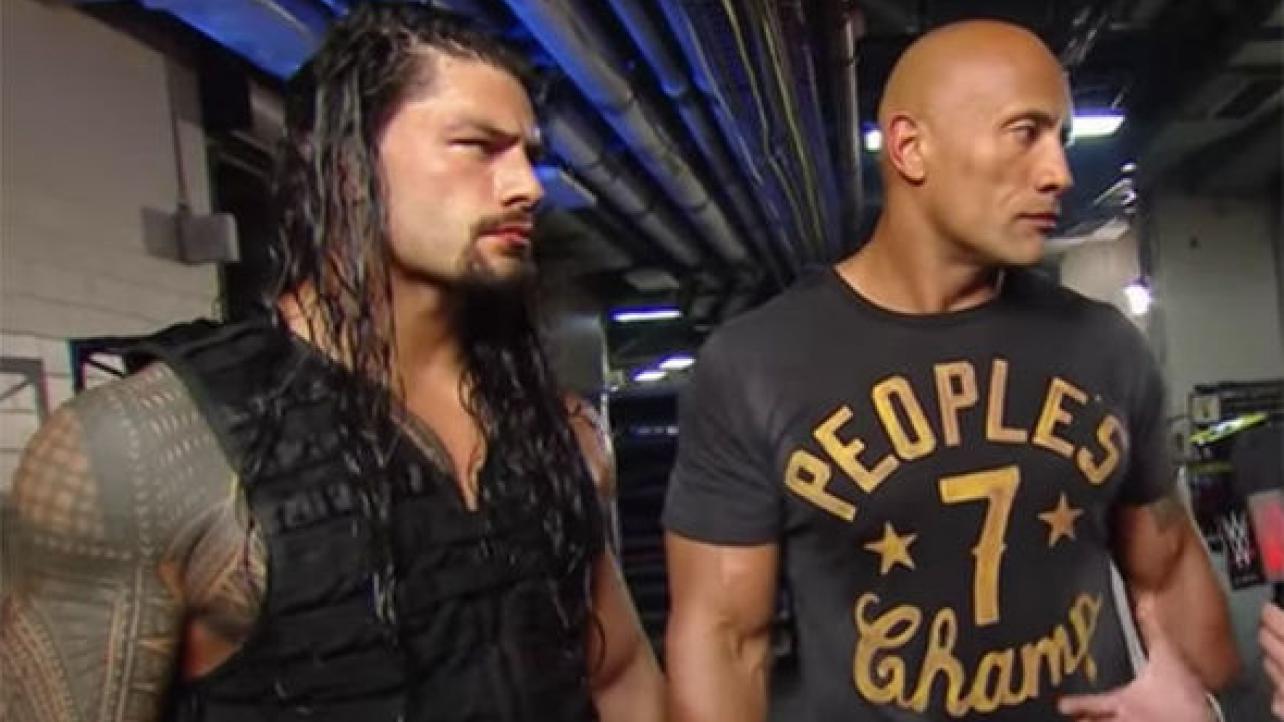 The Wrestling Observer Newsletter reports that the main idea coming out of WrestleMania, as it pertains to the Triple Threat Universal Title match, was to continue to strongly push Roman Reigns. According to the report, the company believes they have three big “money” matches with Roman possibly taking on The Rock, Brock Lesnar and John Cena. As for the WrestleMania match itself, Paul Heyman was said to be “instrumental” in helping build up the story behind the match and he remains heavily involved in anything to do with Reigns, just as he has done in the past with Lesnar. The match received significant praise backstage from officials.