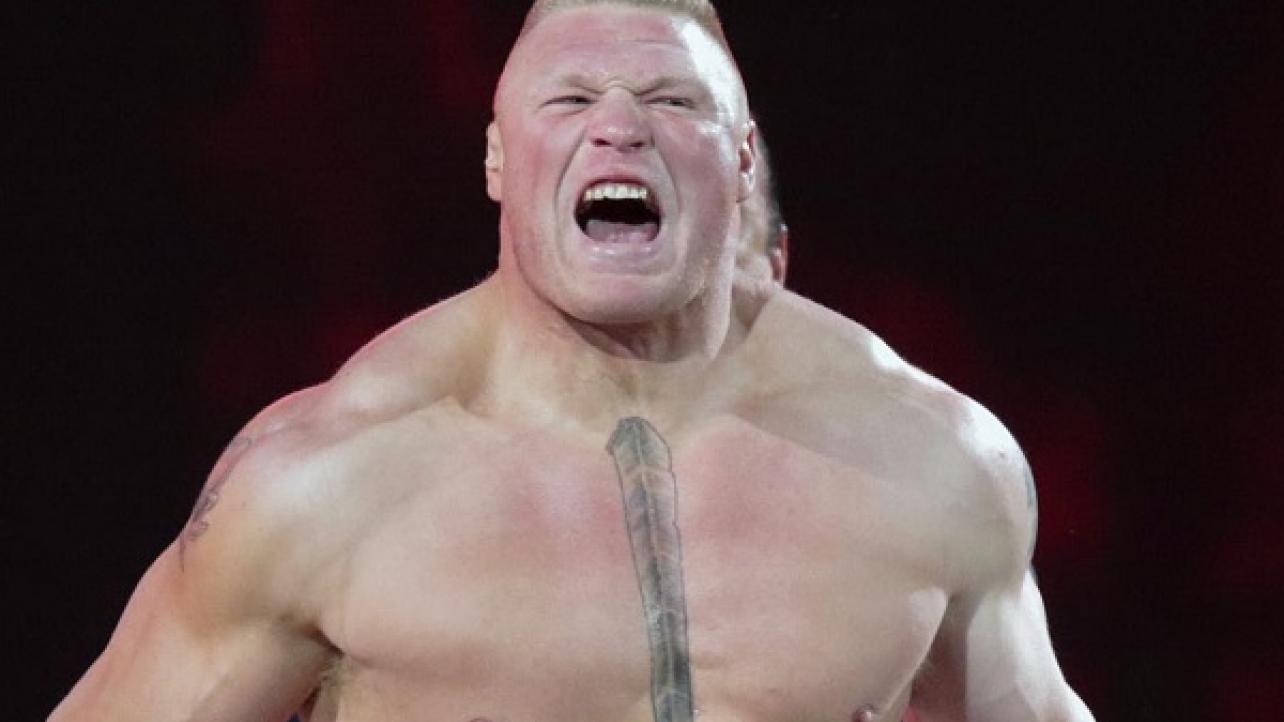 It is believed that Brock Lesnar agreed to a new deal with WWE around 10/18 but as noted, terms are being kept in strictest confidence. Lesnar will be wrestling at Survivor Series, but not at the TLC PPV. It’s unclear if he will be at the Royal Rumble, though that event is being held in a stadium so he will probably be there. Lesnar also has a planned match at WrestleMania 35.

According to the latest Wrestling Observer Newsletter, there is supposed to be a “significant angle” that is expected to push his storyline forward into next year and it will include wrestlers other than Braun Strowman. Seth Rollins – who mentioned Lesnar’s name on Raw – and Drew McIntyre – who is being groomed as a main eventer – are the top two candidates.