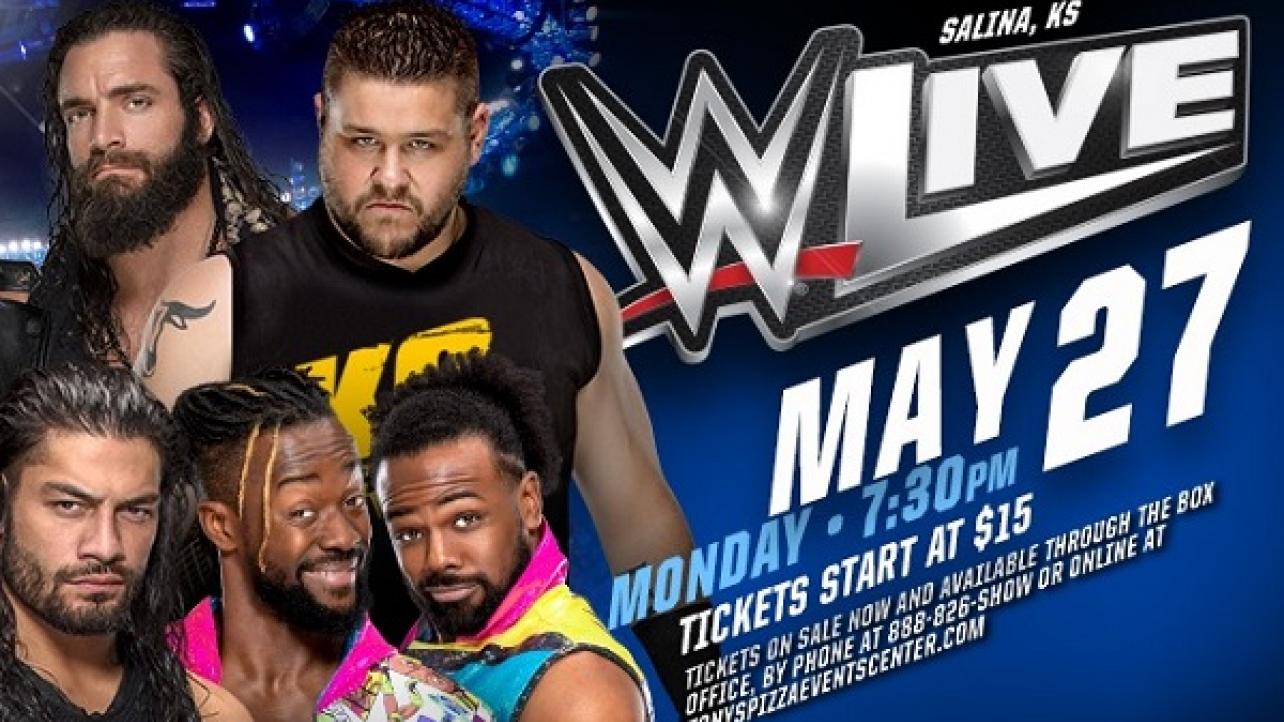 WWE has announced that for the third time in four weeks, their SmackDown Live house show scheduled for Monday night opposite WWE RAW on the USA Network, will not be taking place as advertised.

STAMFORD, Conn., May 23, 2019 — The WWE (NYSE: WWE) SmackDown live event scheduled for Monday, May 27th at Tony’s Pizza Events Center in Salina, KS has been rescheduled to Saturday, October 26th.

All tickets purchased for the Salina, KS live event will be honored on Saturday, October 26th. Fans that cannot attend the rescheduled date should go to their point of purchase for refunds.

UPDATE: The Tony Pizza Center venue has issued the following statement regarding the rescheduling:

WWE LIVE at TPEC is being rescheduled for Saturday, October 26th. We apologize for any inconvenience. All previously purchased tickets will be valid for this new show date. So hold on to yours!

Go to tonyspizzaeventscenter.com for more info.