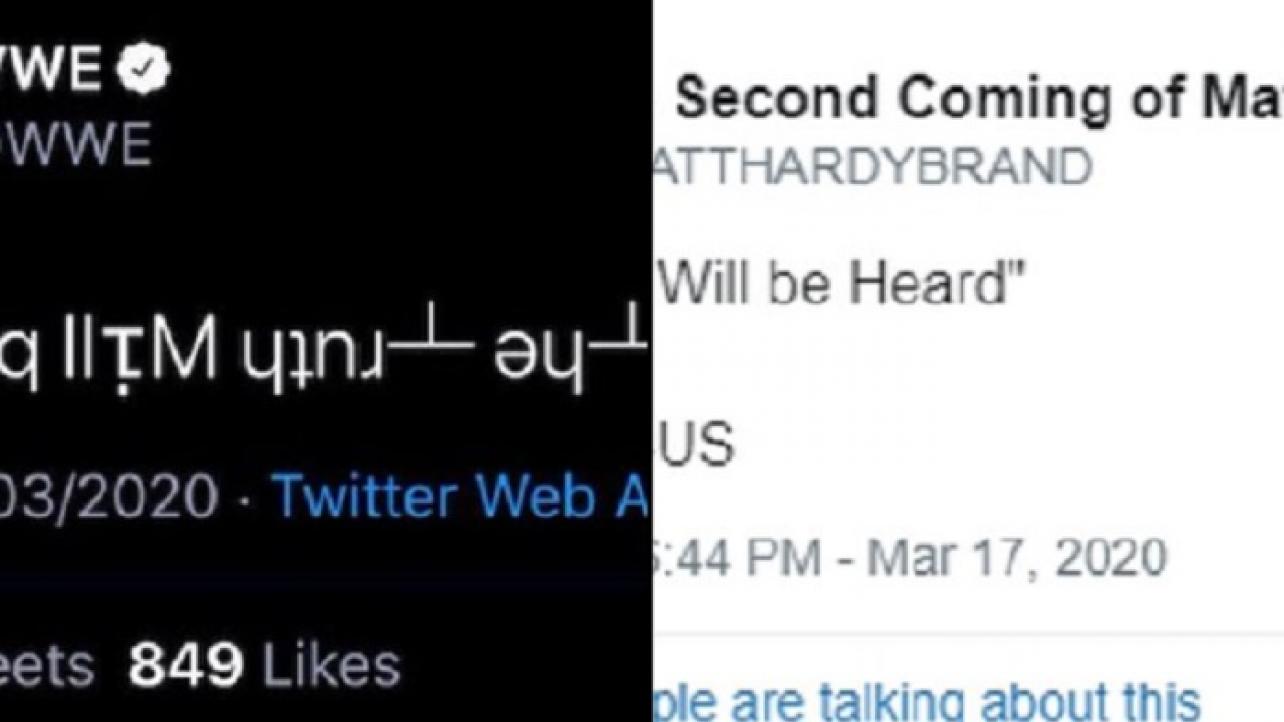 The official WWE Twitter feed posted a mysterious tweet with an upside-down message that read, “The Truth Will Be Heard,” which they quickly deleted, only for Matt Hardy to tweet the same phrase right-side up moments later.

Interestingly, the letters “M” and “H” are capitalized in the phrase and around the time that tweet surfaced and was deleted, Matt Hardy also posted the same thing, fueling speculation that perhaps he has actually re-signed with WWE.

It should also be noted that AEW recently posted a mysterious tweet of their own that hinted at Hardy as well.

Based on the timestamps, it does appear as if Hardy’s tweet preceded WWE’s but that is inconclusive as the screenshot is of an unknown timezone.

A screenshot of the original tweet that was posted on the official WWE Twitter feed can be seen below.

Featured below is the tweet Matt Hardy posted that started the rumors about him possibly re-signing with WWE.

“The truth Will be Heard”

NOTE: Make sure to join us here at eWrestling.com TONIGHT for LIVE WWE NXT and AEW Dynamite Results coverage!