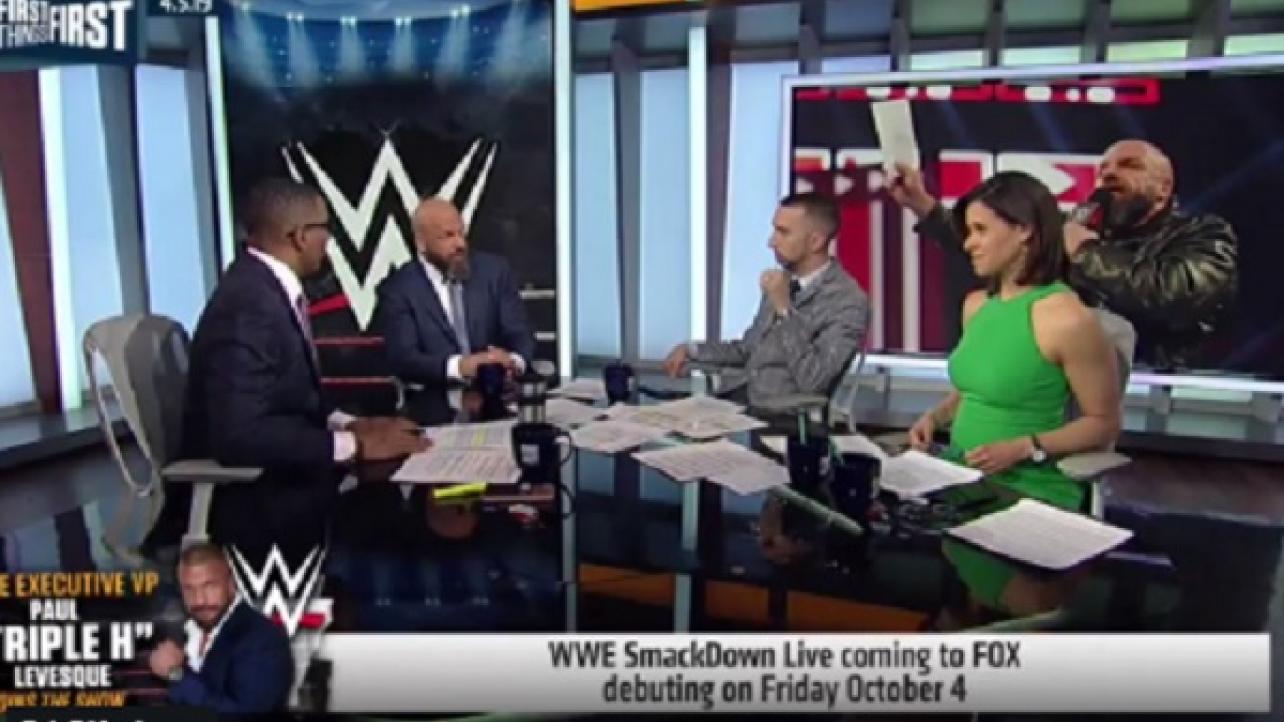 While making an appearance on “First Things First” as part of WWE’s ongoing WrestleMania promotion this week, WWE executive Triple H officially confirmed that the company will be launching a weekly WWE studio show on FS1 this coming October when their agreement with FOX kicks in. The show is scheduled to air on Tuesday evenings.

HHH went on to say that the show will discuss WWE topics – including Raw, Smackdown and NXT and will feature “familiar faces” from both the past and present. He noted that it will take people deeper into the day-to-day lives of their roster, what goes on behind the scenes to being a wrestler, and everything that goes with it.