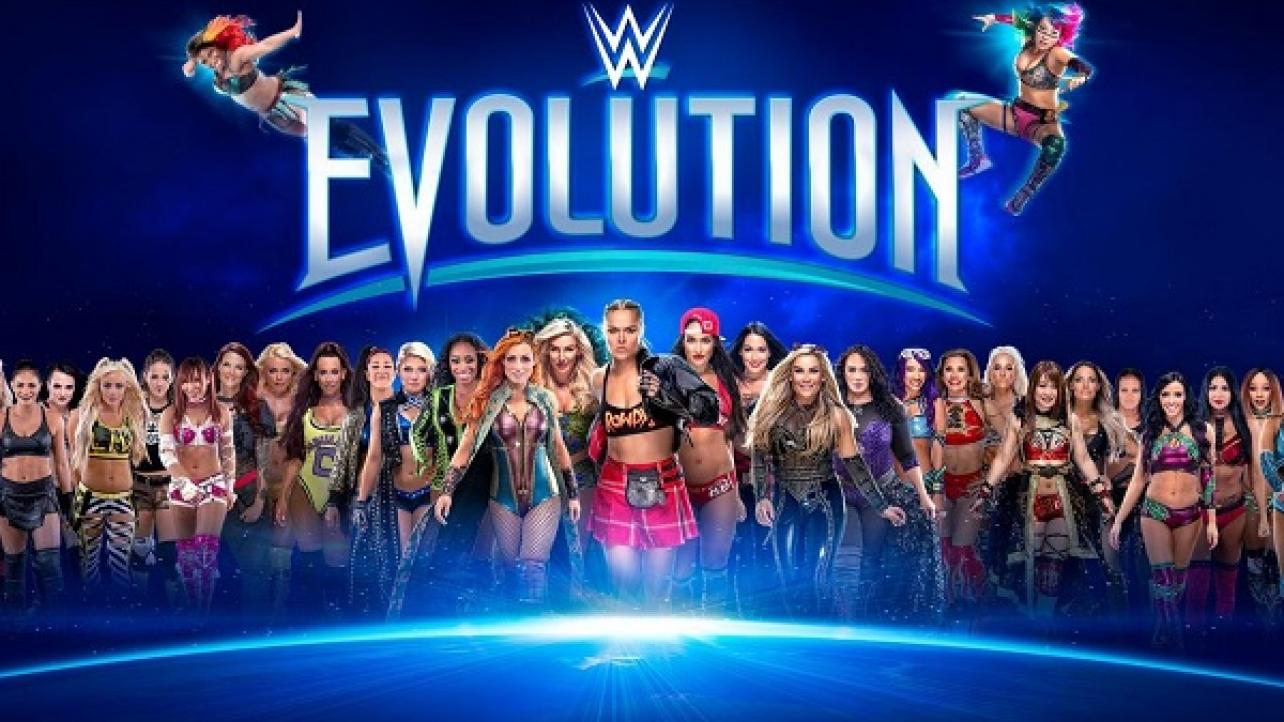 Ahead of their first-ever all-women’s pay-per-view, WWE Evolution, WWE has announced that a “Road To Evolution” preview special will be airing next week.

Featured below is the official announcement from WWE.com about the special that will premiere on the WWE Network this Monday night immediately following the “go-home” episode of RAW:

Immediately following Raw this Monday on USA Network, a new special, “Road to Evolution,” will chronicle the journey to the first-ever all-women’s pay-per-view event, WWE Evolution.

The special will look back on the groundbreaking Women’s Evolution in WWE, featuring Superstars of the past, present and future coming together to celebrate a new chapter in WWE history.

The “Road to Evolution” special will also air on E! on Wednesday, Oct. 24, at 10/9 C following the latest episode of Total Divas.

Don’t miss an exclusive look at how WWE Evolution took shape before all the action kicks off on Sunday, Oct. 28, at 7/6 C, streaming live on the award-winning WWE Network!