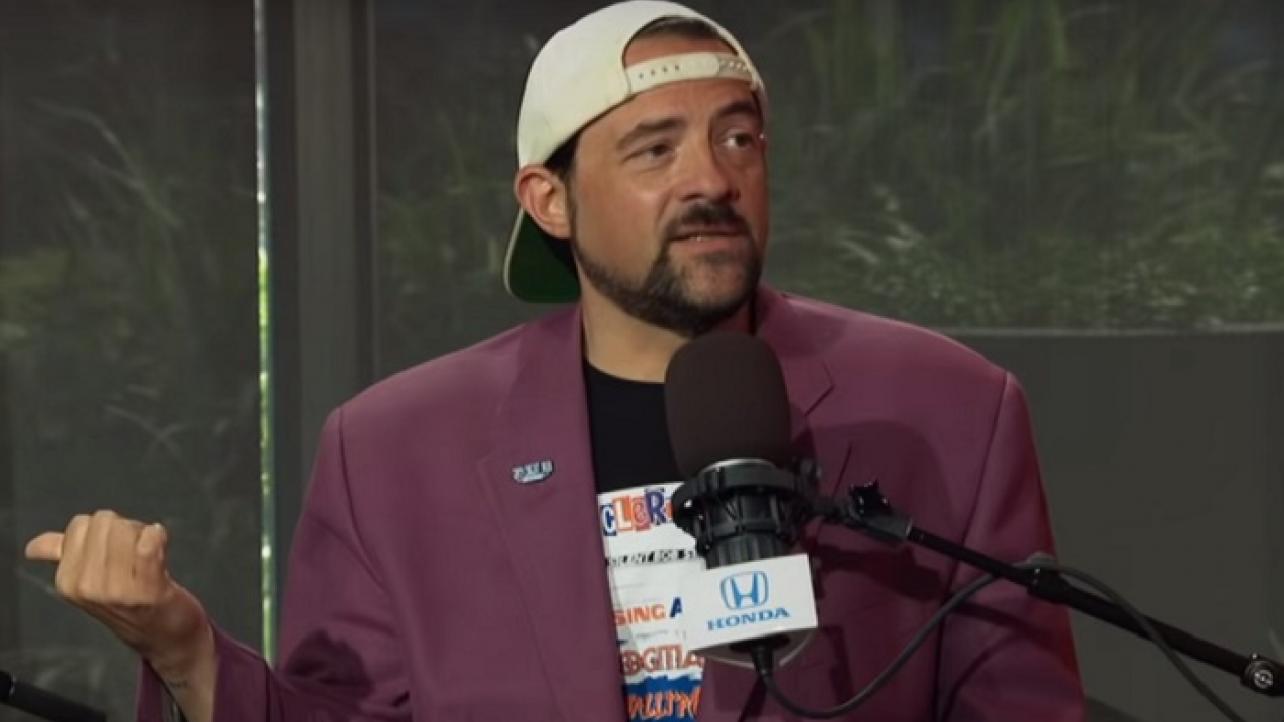 It looks like the affects of the new Wednesday Night Wars in pro wrestling are already being felt outside of the business, as popular comedy duo ‘Jay & Silent Bob’ have been pulled from their scheduled WWE Friday Night SmackDown on FOX appearance due to them appearing on AEW Dynamite first.

WebIsJericho posted an article with video footage of actor/director/writer Kevin Smith talking about the story during his appearance on “The Rich Eisen Show.”

“We were supposed to go do WWE, me and Jay, the very next day, which was Friday,” Smith said during the show. “Was it Friday? SmackDown. And then the morning after, because we were on the AEW show, it trended, like, there was a lot of coverage and stuff. So the next morning, we were told that WWE was like, ‘You can’t come on anymore,’ and they canceled us.”

Smith concluded, “They kicked me and Jay off the show, but not in a crazy way, they didn’t hit us with chairs.”

Check out highlights of the interview where Kevin Smith talks about this story below.