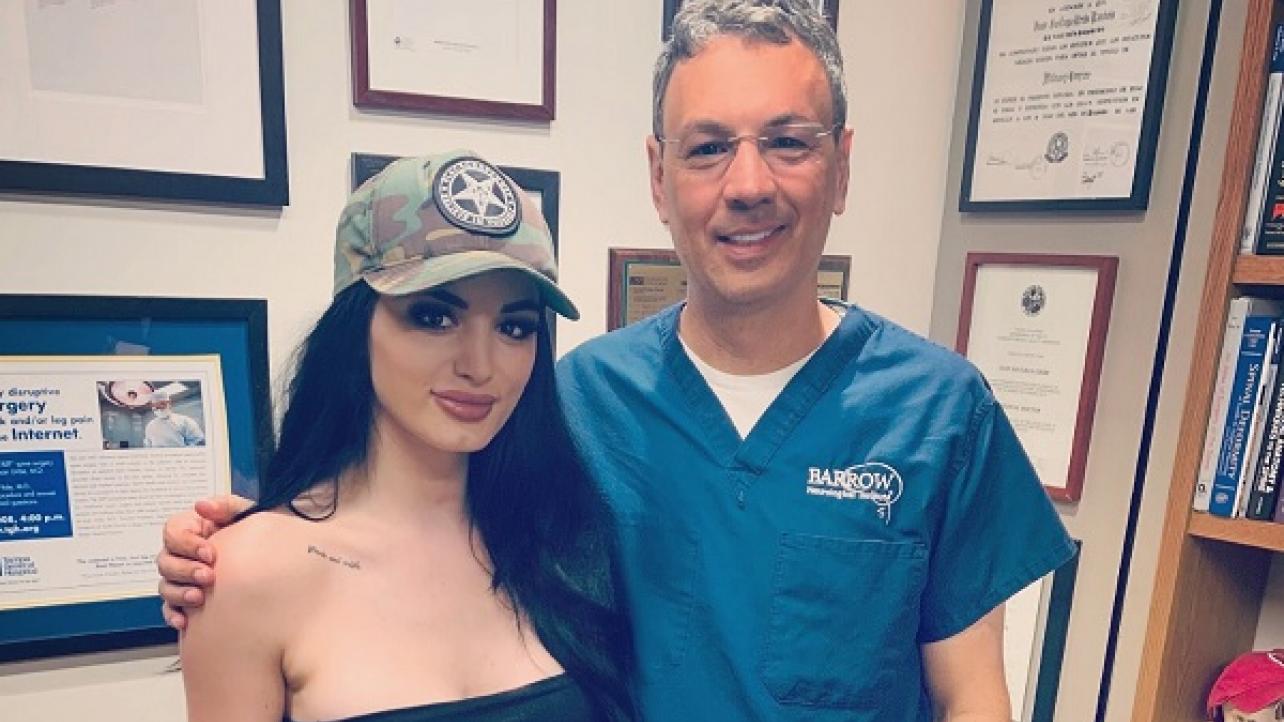 WWE’s Paige revealed on social media today that she has to undergo another surgery for her neck in order to treat a hernia that developed after her last match in Uniondale.

She initially was removed from her scheduled SummerSlam meet-and-greet to meet with her doctor with the hope that the hernia would go away on its own. It didn’t so the surgery is needed to remove it.

The match in Uniondale took place in December of 2017 and after taking a few months off, she officially retired from WWE in-ring competition in April of 2018.

My apologies. Unfortunately I have to go see my doctor about my neck and my health takes a big priority. Please apologize to your wife from me. https://t.co/LUbE5BbyRG

Me and my fave Dr! Dr Juan Uribe. He did an amazing job on my last neck surgery. Also the miracle worker for @BellaTwins Nikki and @TJWilson necks! Unfortunately, the match from Uniondale created a new hernia that we thought would heal. It did not. Sooo.. One more surgery to go. pic.twitter.com/fKfAxRCoK2