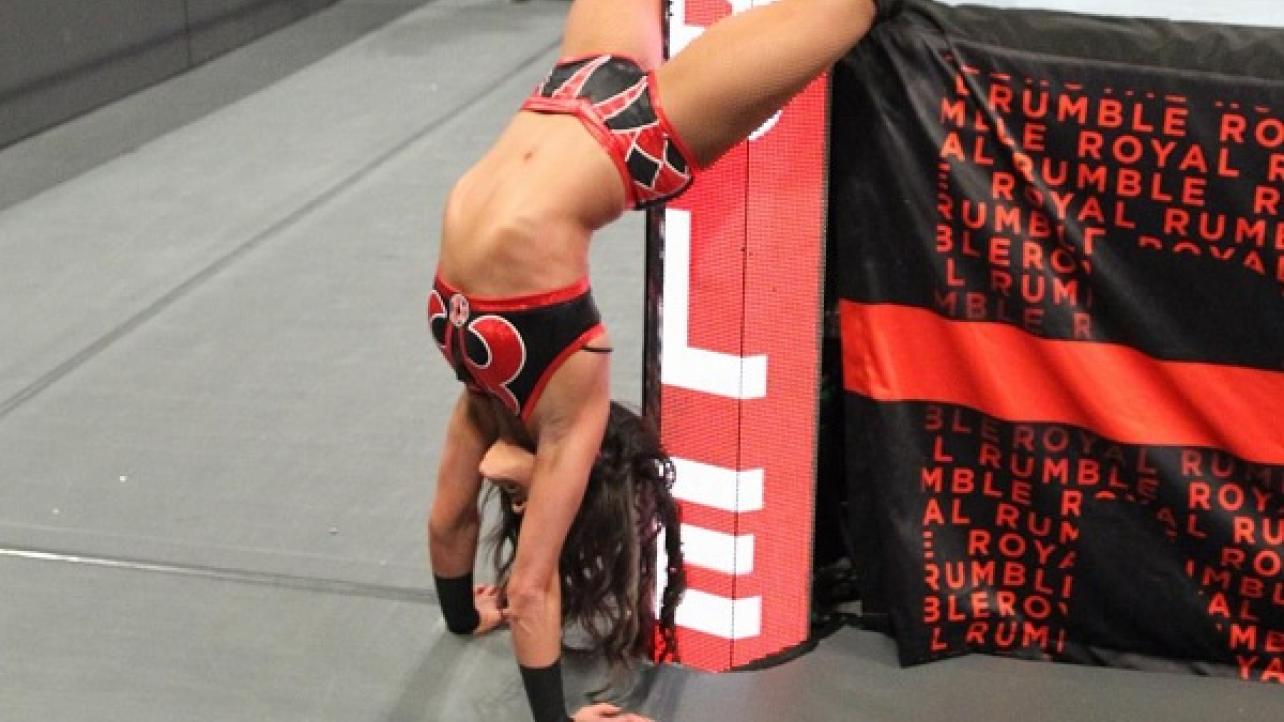 On their official website, WWE ranked the top five “coolest moments” in the Men’s and Women’s Royal Rumble matches at Sunday night’s WWE pay-per-view at Chase Field in Phoenix, Arizona.

The feature, dubbed, “The 5 Coolest Moments Of The 2019 Royal Rumble Matches,” is a new rankings-style feature that looks at, as the title says, the five coolest moments of both Rumble matches from this year’s show.

Check out the complete list, courtesy of the WWE.com feature, below.

No. 5: Zelina Vega meets a former Raw General Manager
“It was a strategy so simple you had to wonder why more Superstars haven’t tried it. With the Women’s Royal Rumble Match field filling up fast, Zelina Vega decided to stave off elimination in the most logically underhanded way possible: hiding beneath the ring. La Muñeca appeared to be getting away with it, too, periodically sticking her head out to mock the poor saps who decided to fight fair. That was until Hornswoggle appeared next to her, causing Vega to flee her hiding spot in terror and run back into the ring, where Rhea Ripley was waiting to eliminate her in earnest. The chase didn’t stop there, though, as Swoggle pursued Vega up the ramp to the general befuddlement of all.”

No. 4: Drew McIntyre ends No Way Jose’s party
“No Way Jose likes to have a good time, so The Dominican Dancing Machine’s near-instantaneous elimination from the Men’s Royal Rumble Match didn’t ruffle his feathers too much. In fact, Jose immediately rejoined his conga line to boogie back up the ramp … where he ran afoul of a towering Drew McIntyre, who emphatically does not care about having a good time. The Scottish Terminator decked Jose with his Glasgow Kiss headbutt and decimated a couple members of the conga line while others scattered before him, clearing the path for the former NXT Champion to enter the Rumble Match and go to work.”

No. 3: Kacy Catanzaro saves herself in ridiculous fashion
“When it comes to close calls, the conversation begins and ends with Kofi Kingston, who has made a cottage industry out of staving off elimination for almost 10 years now. But The Dreadlocked Dynamo found himself one-upped in astounding fashion by NXT Superstar Kacy Catanzaro: The former “American Ninja Warrior” contestant avoided elimination in the Women’s Royal Rumble Match by walking on her hands to the ring post, wrapping her legs around it and then crunching her way back to the apron. It was enough to either make you want to train abs relentlessly or never do a crunch again in your life, with zero in between.”

No. 2: Nia Jax dominates the Men’s Royal Rumble Match
“Nia Jax is only the fourth woman to compete in a Men’s Royal Rumble Match, and the first to cross the line since the female Superstars got their own Rumble in 2018. But The Irresistible Force’s wild confrontation will certainly earn her a special place among the pack. Not only did she eliminate sentimental favorite Mustafa Ali, but she immediately squared up with the likes of Randy Orton, who was sizing the former Raw Women’s Champion up for an RKO before he thought better of it. The Irresistible Force eventually got tossed thanks to a combined effort from Orton, Dolph Ziggler and Rey Mysterio, but the men in the ring were left tiptoeing on the shards of another glass ceiling Nia had shattered.”

No. 1: Becky Lynch wins the Women’s Royal Rumble Match
“Okay, so it’s an easy pick, but it doesn’t mean it’s not the best. A grassroots surge in popularity doesn’t necessarily entitle you to anything beyond that, and it seemed like the much-beloved Becky Lynch would have no Road to WrestleMania after she submitted to Asuka in a grueling SmackDown Women’s Title opener. But when The Man successfully petitioned to replace the injured Lana at No. 28 in the Women’s Royal Rumble Match, the air of destiny finally returned, and it remained through her’s final, deciding elimination of Charlotte Flair to win the match. Come to think of it, it’s still there.”