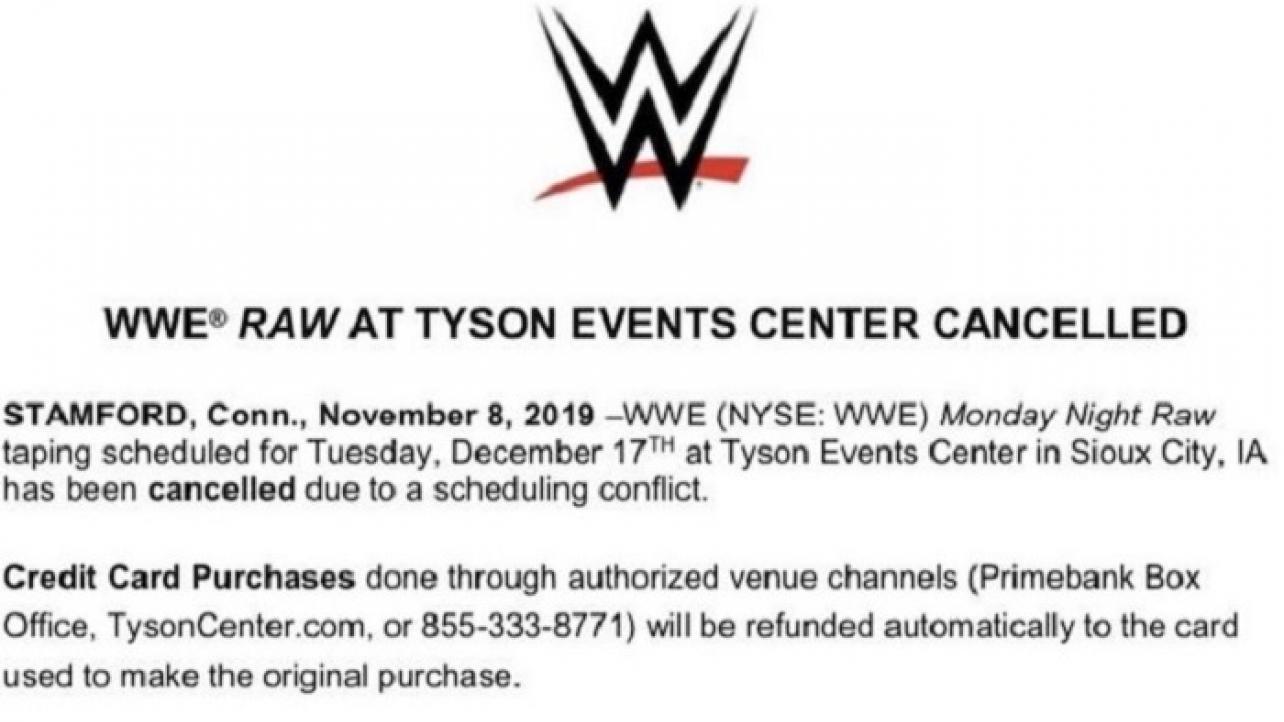 It looks like WWE RAW will NOT be coming to the Tyson Event Center in Sioux City, Iowa on December 17th as advertised.

WWE announced that the RAW taping scheduled for December 17 in Sioux City, IA has been cancelled due to a “scheduling conflict.”

This show was going to be aired the next week on Monday, December 23, since WWE’s plan was not to air a live show the day before Christmas Eve.

It is unclear what the new schedule is going to be – whether the taping is being moved to a different city or if WWE has decided to run a live show instead.

The following announcement was released by WWE confirming the news on Friday afternoon.

Damn … looks like #WWE will NOT be bringing #RAW to Sioux City, Iowa on December 17th as advertised, as #WWERaw at Tyson Event Center has been CANCELLED!