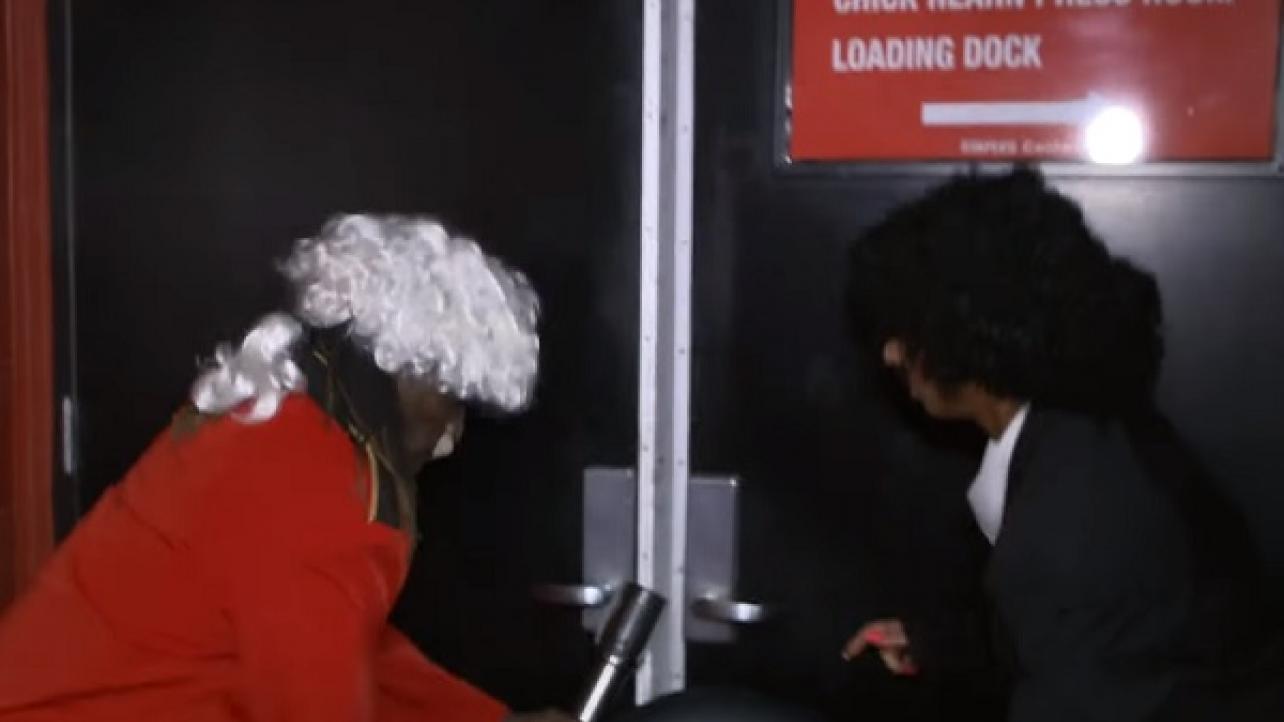 WWE released a pair of exclusive videos on their official YouTube channel and various social media outlets following Monday night’s edition of WWE RAW in Los Angeles, California that shows how WWE 24/7 Champion R-Truth and Carmella managed to escape the STAPLES Center with the title belt in tact.

In the first of two videos that features the WWE 24/7 Champion in his goofy disguise from this week’s WWE Stomping Grounds 2019 pay-per-view “go-home” show for the red brand, we see R-Truth defending the title in an impromptu match against Titus O’Neil held under the ring.

Additionally, we see R-Truth and “The Princess of Staten Island” making a “hasty escape” from the STAPLES Center in Los Angeles, California to end their evening with the title belt still in their possession.

Check out the two non-televised videos featuring R-Truth and the latest WWE 24/7 Championship chaos from Monday night’s show below. For three additional non-televised segments from RAW, including an Elias off-air performance, R-Truth being chased throughout the arena and a trivia contest with members of the WWE Universe held during a commercial break, click here.

For those who missed the show, check out our complete WWE RAW Results (6/17): Los Angeles, CA.