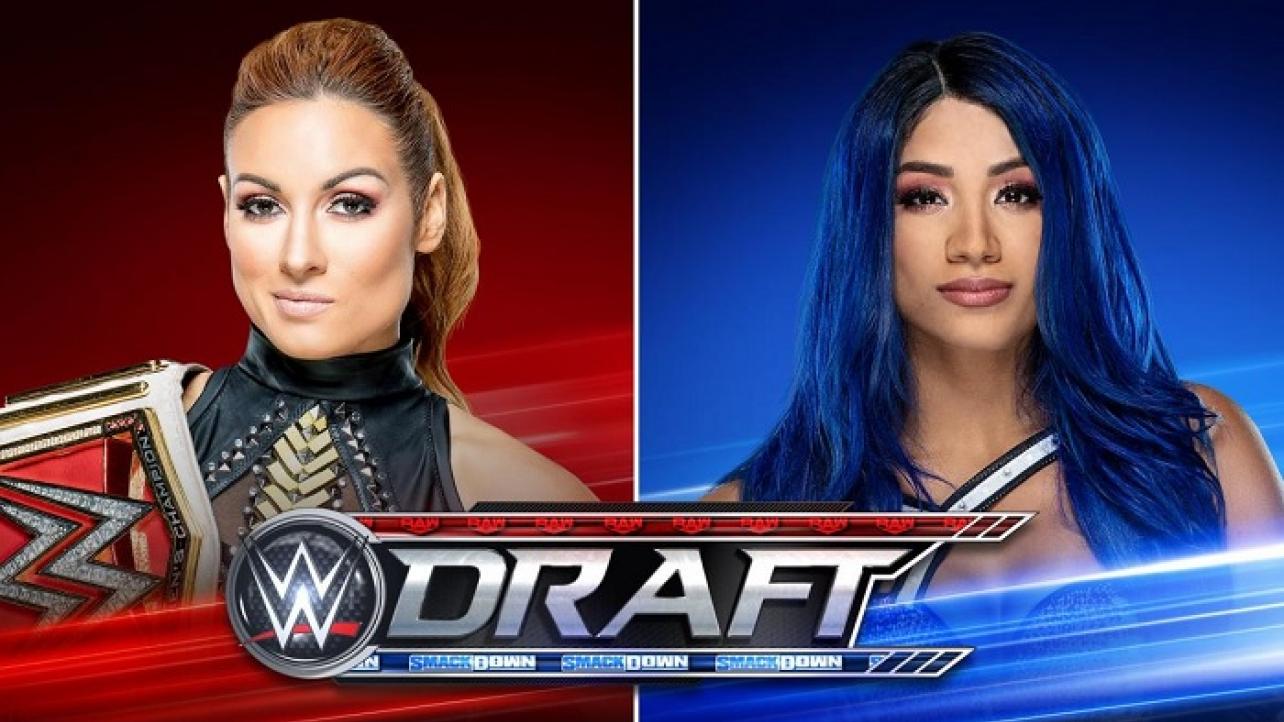 WWE returns to the Pepsi Center in Denver, Colorado this evening for night two of the WWE Draft, as WWE RAW returns on the USA Network tonight at 8/7pm C.

Raw Women’s Champion Becky Lynch and Sasha Banks will again do battle, this time with the first pick of Night 2 of the WWE Draft on the line.

Becky Lynch and Sasha Banks are headed to separate shows, but they’ll face off one more time tonight on Raw.

This time, their rivalry’s latest chapter determines which brand gets the first pick to begin Night 2 of the WWE Draft. Becky will represent Raw after being selected first overall on Friday’s SmackDown, while “The Blueprint” battles on behalf of the blue brand.

Both women are sure to be feeling the effects of their brutal Hell in a Cell Match for Lynch’s Raw Women’s Championship just eight days before this battle. The Boss may have come up short in her bid for the title, but not without leaving her mark on The Man.

Who will emerge victorious in what could be the final clash between these bitter rivals? Tune in to Raw tonight at 8/7 C on USA Network to find out!

For months, The Viking Raiders have laid waste to every tag team that stepped into the ring with them, from former Raw Tag Team Champions like The B-Team, Zack Ryder & Curt Hawkins and The O.C. to the current titleholders, Dolph Ziggler & Robert Roode. Next week on Raw, they will finally get the chance to complete their quest. Following a non-title victory over Ziggler & Roode on Monday, Erik & Ivar have received their first opportunity at the Raw Tag Team Championships.

To say Ziggler & Roode have their work cut out for them is an understatement. Nobody has been able to solve the Raiders, but the titleholders’ veteran savvy and underhanded tactics might just be enough to stave off the onslaught that could be coming their way. Of course, Raw’s other tandems likely thought they could outsmart The Viking Raiders, and we all know how those teams ended up.

Tune in to Raw next week on the second night of the WWE Draft to see who emerges as Raw Tag Team Champions.

RELATED #3: For a recap of the supplemental WWE Draft picks announced online during the afternoon on Sunday, October 13th, click here.

Make sure to join us here at eWrestling.com TONIGHT for LIVE WWE RAW Results coverage from Denver, CO!