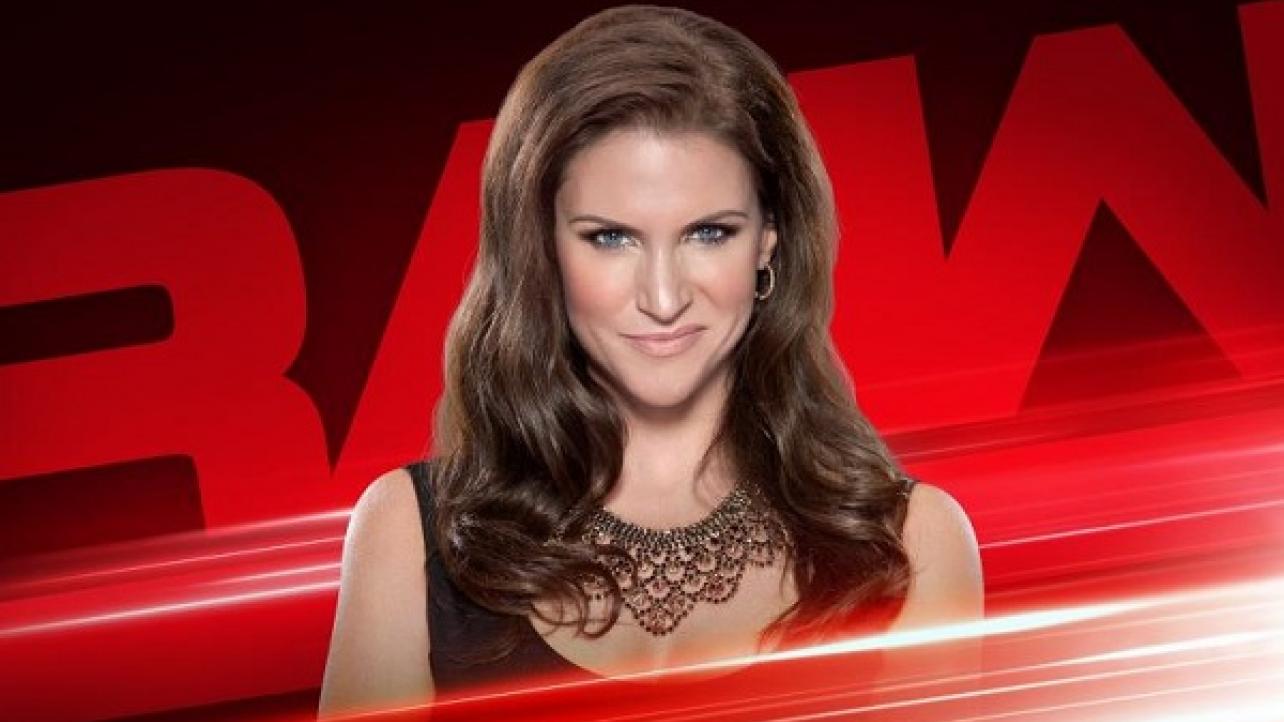 WWE returns to the Sprint Center in Kansas City, Missouri this evening for this week’s WWE Survivor Series “go-home” episode of WWE RAW.

Shane McMahon’s snap decision to replace the injured Miz in the WWE World Cup Finals arguably put Raw’s Dolph Ziggler — and the red brand itself — at a disadvantage. How will Raw Commissioner Stephanie McMahon deal with her brother’s actions when she makes her Team Red return, less than one week before Survivor Series?

Stephanie McMahon is back

It will be more than mere sibling rivalry when Raw and SmackDown go head-to-head for brand supremacy at Survivor Series, but first, Raw Commissioner Stephanie McMahon has unfinished business with her brother and rival commissioner, Shane.

With SmackDown possibly being forced to forfeit the final match of the WWE World Cup Tournament after The Miz injured his ankle, Shane-O-Mac stepped in to face Raw’s Dolph Ziggler, scored the win and took the title of Best in the World from Team Red. The WWE Universe has had a lot to say about Shane’s win, but we’ve yet to hear from his sister. That all changes on Raw, when the red brand commissioner returns to address the WWE World Cup controversy.

The Beast brings his Universal Championship to Raw

Brock Lesnar conquered the nigh unbeatable Braun Strowman to capture the vacant Universal Championship, and he now prepares to battle WWE Champion AJ Styles in a Champion vs. Champion Match at Survivor Series.

The Beast Incarnate defeated The Phenomenal One when they squared off at last year’s Survivor Series, but countering the speed and agility of the SmackDown LIVE sensation was no easy task. Before that anticipated rematch, The Anomaly comes to Raw, and he’s bringing his newly won title with him.

Alexa Bliss seems to be enjoying her managerial role as the captain of the Raw Women’s Survivor Series Team, and after witnessing many of the division’s most competitive Superstars in action this past week, Little Miss Bliss will reveal her team on Raw.

Will she put past issues aside and select the likes of Bayley, Sasha Banks and Natalya? Will she embrace the chaos of The Riott Squad? What about Nia Jax, a Superstar she once considered to be her best friend (having since been replaced by Mickie James and Alicia Fox)? The Goddess will reveal all when Raw rolls through Kansas City.

Baron Corbin was just as responsible as Brock Lesnar for keeping Braun Strowman away from the Universal Championship earlier this month, and The Monster Among Men will never forget that.

The Acting Raw General Manager avoided getting those hands this past week, going so far as to barricade himself in a storage room and enlisting a small army to protect himself from monstrous retribution.

Can Corbin keep doing his job — and appease the returning Stephanie McMahon — while avoiding Strowman?

Who will round out the Raw Men’s Survivor Series Team?

By way of a disrespectful Angle Slam and Angle Lock, Drew McIntyre dashed Kurt Angle’s dreams of captaining the Raw Men’s Survivor Series team in this past Monday’s main event. As such, Acting Raw General Manager Baron Corbin retains his captainship, and McIntyre, Dolph Ziggler and Braun Strowman remain the only Team Red Superstars named to the team.

Two coveted spots remain. Who will be chosen to join the fight against the stacked SmackDown LIVE team of Daniel Bryan, The Miz, Shane McMahon, Samoa Joe and Rey Mysterio?

Don’t miss any of the action on Monday Night Raw, live at 8/7 C on USA Network.

Make sure to join us here this evening at eWrestling.com for live play-by-play results coverage of the WWE Survivor Series ‘go-home’ episode of WWE RAW!