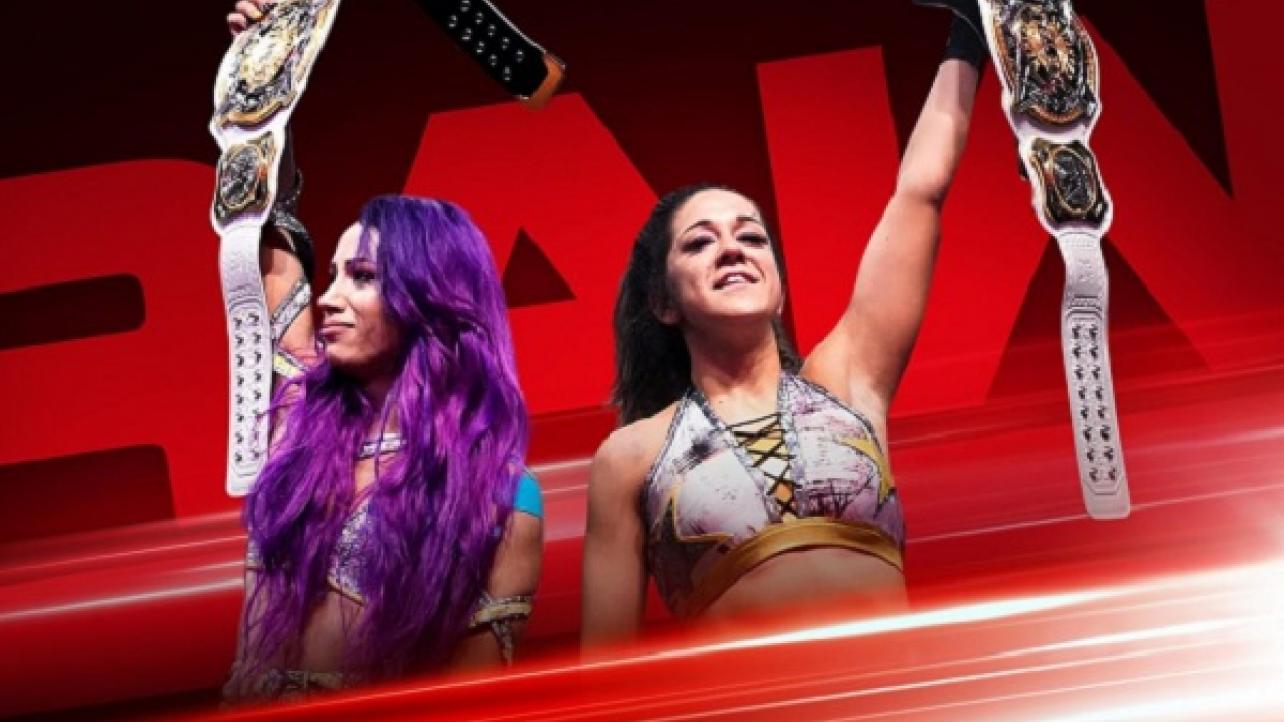 WWE returns to the USA Network this evening for the post-WWE Elimination Chamber edition of RAW. Featured below from WWE.com is the official preview for tonight’s show.

It’s a safe bet, however, that there will be no rest for the inaugural titleholders. Now that The Boss ‘N’ Hug Connection have reached unprecedented heights, what tandem will step into the spotlight to try and knock them back down on The Road to WrestleMania?

What will happen after Becky Lynch ruthlessly assaulted Charlotte and Ronda Rousey?

Last week on Raw, WWE Chairman Mr. McMahon stunned the WWE Universe by throwing down a 60-day suppression on Becky Lynch and replacing her with Charlotte Flair in the WrestleMania showdown against Raw Women’s Champion Ronda Rousey.

After Charlotte went on SmackDown LIVE and mockingly dedicated her match at The Showcase of the Immortals to Becky, The Man jumped the barricade at a weekend Live Event and attacked The Queen, only for Flair reinjure her adversary’s knee in a systematic assault.

Then, at WWE Elimination Chamber, moments after Raw Women’s Champion Ronda Rousey overcame Ruby Riott in a title showdown, the injured Lynch emerged again and used her crutches to unleash a brutal assault on Flair and Rousey.

What will happen next on Monday Night Raw? Will the defiant Becky continue to show up on Raw despite her suspension? Will she face further penalty from the McMahon Family for not taking the suspension seriously and choosing to wreak havoc throughout the week? Will Charlotte return to Raw to take issue with the attack as well? And how will The Baddest Women on the Planet react on the turbulent Road to WrestleMania?

How will Bobby Lashley come at Intercontinental Champion Finn Bálor?

Finn Bálor has done it. After overcoming the odds by winning a Handicap Match against Bobby Lashley & Lio Rush at WWE Elimination Chamber, the Irish Superstar has laid claim to his first Intercontinental Championship.

Though an irate Lashley took out Rush after he cost The All Mighty the title, Lashley later reemerged at the pay-per-view to again join forces with Baron Corbin and Drew McIntyre to slam Brawn Strowman through a stack of tables.

It’s safe to say that Lashley will be coming after Finn, but will he enlist The Lone Wolf and The Scottish Psychopath in pursuit of the new titleholder? To that effect, could The Monster Among Men join the equation in his own quest for payback?

What will the age of The Revival look like?

Last week, The Revival laid claim to the Raw Tag Team Titles by defeating Bobby Roode and Chad Gable in an edge-of-your-seat thriller. What awaits the new titleholders one week after their monumental victory?