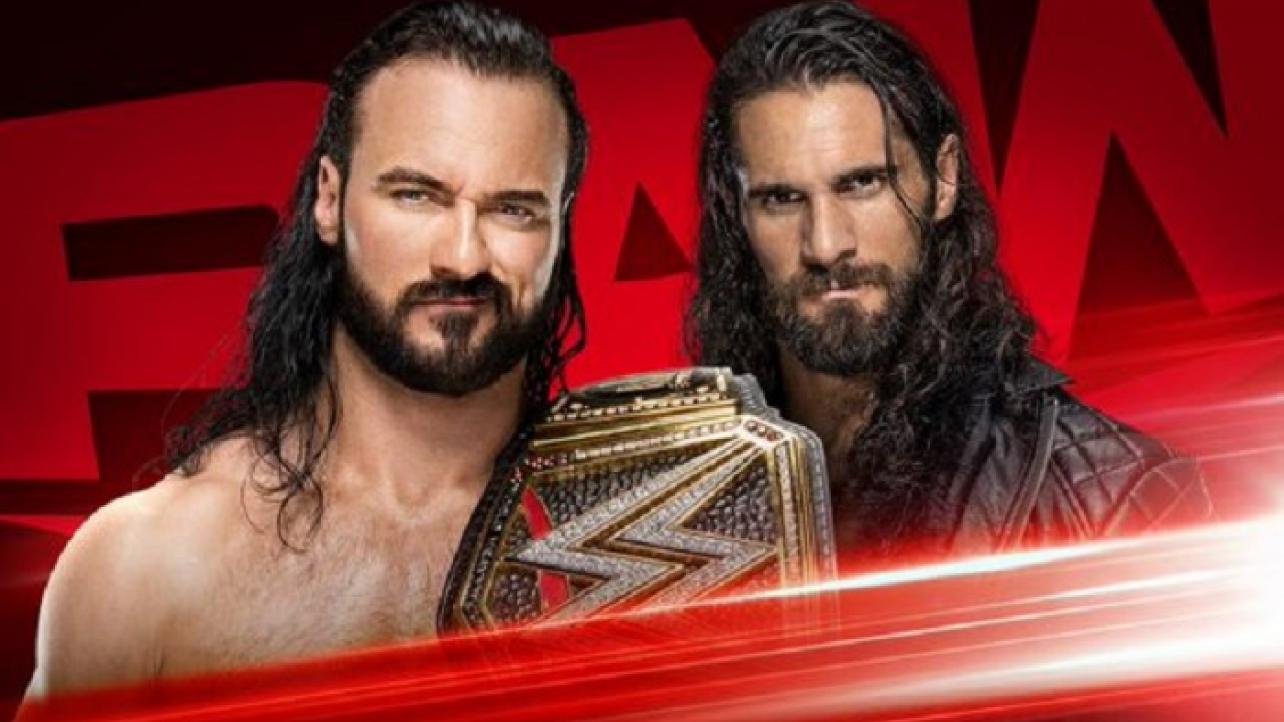 The road to the WWE Money In The Bank 2020 pay-per-view continues tonight, as WWE Champion Drew McIntyre and Seth Rollins are set for a contract signing ahead of their WWE Championship showdown at the PPV on WWE Monday Night RAW.

Drew McIntyre and Seth Rollins are set for a collision course at WWE Money In The Bank, but they’ll have to get through the contract signing tonight without tearing each other to shreds.

The WWE Champion has been on fire since winning the title at WrestleMania, but The Monday Night Messiah cunningly saw the opportunity to end McIntyre’s recent run as a perfect way to captivate the Raw masses with his gospel. After the Scottish Superstar’s recent win over United States Champion Andrade, Rollins entered the ring to blindside the WWE Champion with a Superkick and two vicious Stomps to put the title match in motion.

What fireworks will be in store this time when the two rivals meet on Raw to make their title match official?

Tune in to Monday Night Raw tonight at 8/7 C on USA Network to see what goes down between McIntyre and Rollins!

.@DMcIntyreWWE and @WWERollins are set to sign on the dotted line TONIGHT on #WWERaw. https://t.co/lAWGdwB6Tf