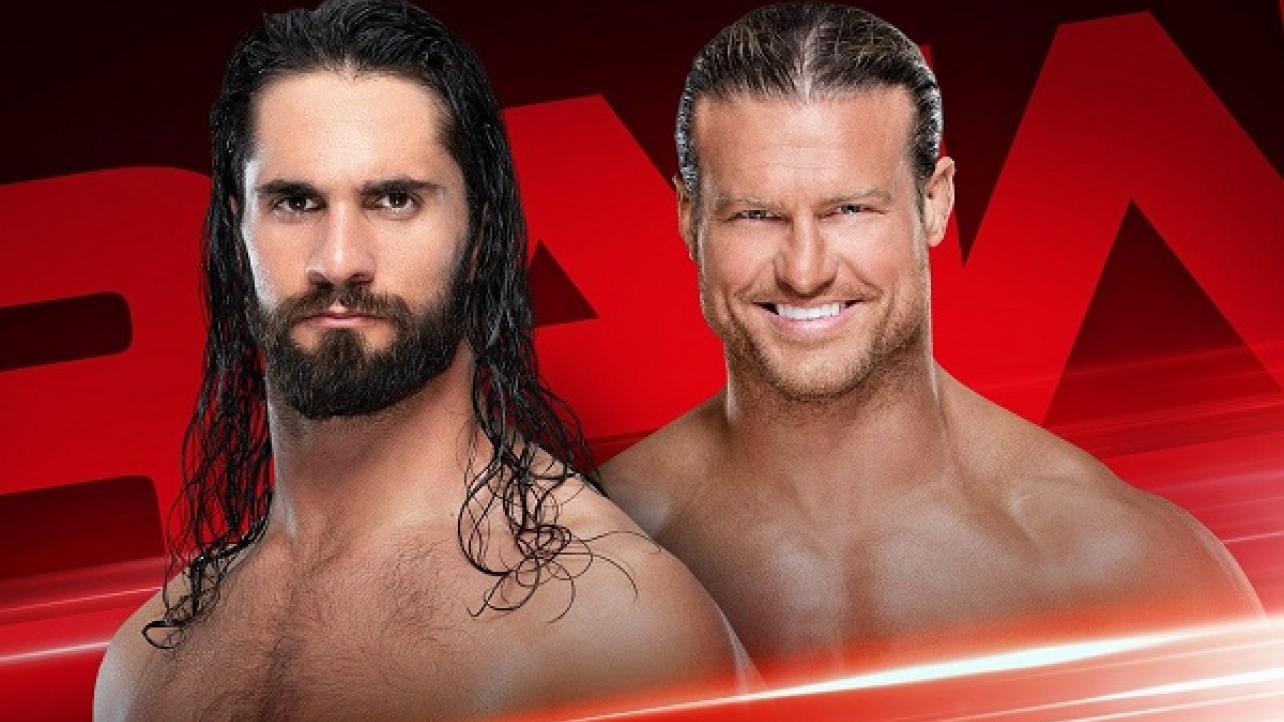 The road to WWE SummerSlam 2019 continues this evening, as WWE returns to the Verizon Arena in Little Rock, Arkansas tonight for this week’s episode of WWE RAW on the USA Network.

As Seth Rollins marches towards a fateful bout with Universal Champion Brock Lesnar, he’ll square up with Dolph Ziggler following the latter’s attack on Shawn Michaels on SmackDown LIVE. Can Rollins show up The Showoff and continue his preparation? Or will Ziggler stop The Kingslayer in his tracks? Tune in to Raw, live on Monday at 8/7 C on USA Network to find out.

The spirit of Raw Reunion carried over onto SmackDown LIVE when Shawn Michaels stopped by “Miz TV,” but the good vibes only lasted for a few minutes before Dolph Ziggler appeared and blasted the two-time Hall of Famer with a superkick right to the jaw. As reported by The Wrap, Seth Rollins — who got the benefit of DX backup against AJ Styles last week — seems to have stepped up in defense of The Heartbreak Kid, with a bout for The Showoff set on Raw. The talented Ziggler should also serve as the kind of test Rollins is setting for himself as he prepares for Brock Lesnar at SummerSlam – but is The Kingslayer overly occupying himself with arduous preparation and tangential retribution? Is he taking his eye off the ball?

Samoan pride was on the line last week when Roman Reigns battled Samoa Joe, and now that The Big Dog emerged victorious in the grudge match, it seems the two sides have come together in an effort to squash their beef. As reported by The Wrap, Reigns and Joe will meet in a “Samoan Summit” on Monday’s Raw, where the two will supposedly hash out their differences and find a way to move forward. It’s a surprising turn of events between two known fighters, though there’s something to be said for a desire to move forward. With that being said, talks are just as likely to break down – and given that they’re both from the same island, we know what happens next.

Becky Lynch and Natalya’s rivalry for the Raw Women’s Championship heated up in a hurry, as what was shaping up to be a respectful contest has turned into a series of below-the-belt insults stemming from the pair’s time in Japan years before they ever set foot in WWE. Their latest scrap came during the middle of a planned “Moment of Bliss” interview with The Man, and it seems as though Alexa Bliss has had quite enough of her show descending into chaos. As such, The Wrap confirmed that Becky and Alexa will square up in a non-title match this Monday. It should be an opportunity for The Man to get some stress off her chest, but with Nikki Cross at Bliss’ flank and Natalya lurking in the wings, things might not stay one-on-one for long. Tune in to Raw, live this Monday at 8/7 C on USA Network, to see what happens next.

Despite a cavalcade of Legends and Hall of Famers looking to steal his thunder, Drake Maverick nearly pulled off the heist of the summer by winning back the 24/7 Championship (and consummating his marriage). That is, until R-Truth pinned him to mark the ninth and final title change of Raw Reunion and then sped away in a limo before the embattled 205 Live General Manager could give chase. With Maverick at his breaking point and Truth not far behind, it’s only a matter of time before one of these Superstars attempts something truly drastic.

Make sure to join us here at eWrestling.com this evening for live WWE RAW results coverage!