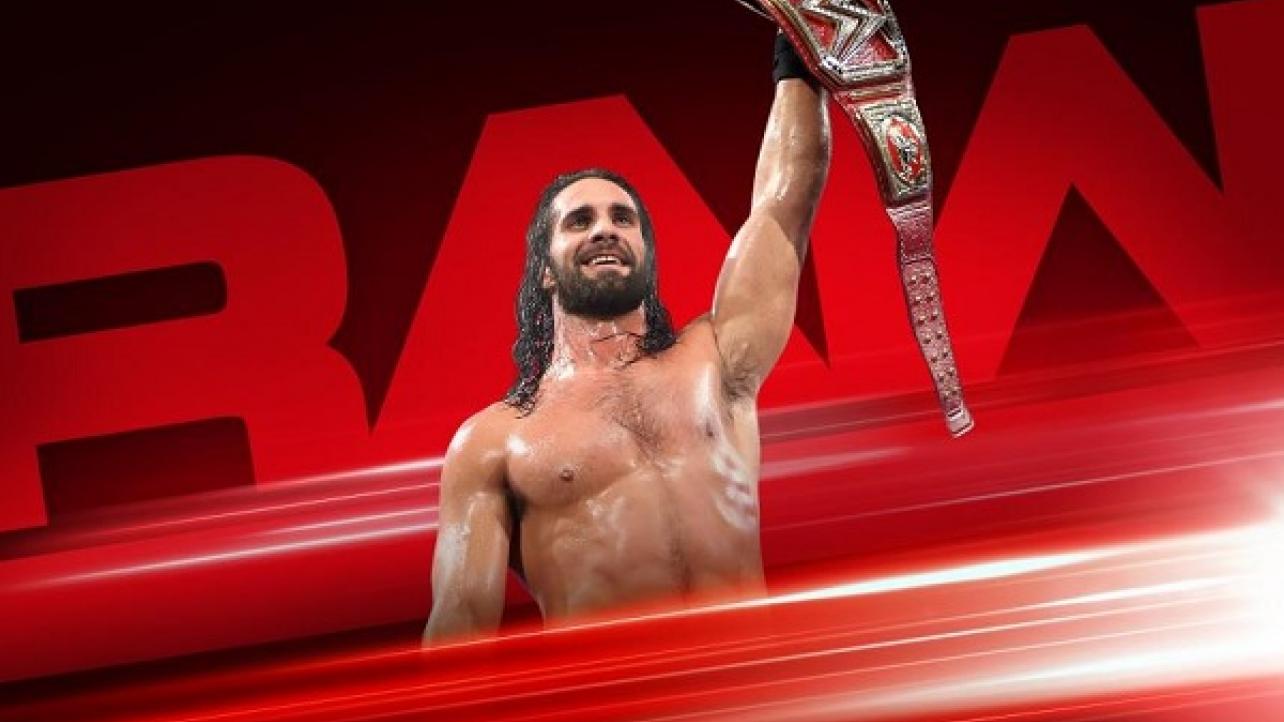 WWE returns to Scotiabank Arena in Toronto, Ontario, Canada this evening for their third of four straight nights in the venue, as they present their post-WWE SummerSlam 2019 episode of WWE RAW on the USA Network.

Seth Rollins’ ribs might have been injured at SummerSlam, but his fighting spirit was stronger than ever. After hitting Brock Lesnar with three massive Stomps, The Beastslayer lived up to his moniker to become a two-time Universal Champion, conquering the nigh-unbeatable Lesnar and bringing the coveted title home to Monday Night Raw.

The Miz and Dolph Ziggler to face off tonight

One night after suffering Goldberg’s ring-shaking Spear and Jackhammer combination at SummerSlam (along with two post-match Spears for good measure), The Showoff will battle the Superstar he originally thought he’d be facing at The Biggest Event of the Summer.

As hinted on last week’s Raw, Ziggler will indeed square up with The Miz on Monday’s show, a development Miz revealed at the last possible second during what had been advertised as the pair’s contract signing for SummerSlam. The A-Lister rope-a-doped Ziggler into signing a contract against Goldberg instead, but it appears the former WWE Champion will still get an ample chance to put his rival in his place. Of course, it might be just as much of a moment of vindication for Ziggler, who is surely reeling following his swift and painful SummerSlam pummeling from the imposing WWE Hall of Famer.

What’s on tap next for The Man?

Withstanding the Hart Dungeon-honed arsenal of Natalya, Raw Women’s Champion Becky Lynch made Canada’s own Queen of Harts tap out to the Dis-arm-her to win a hard-fought Submission Match last night at SummerSlam in Toronto.

Following The Man’s triumph at The Biggest Event of the Summer, who will be next to challenge Lynch for the coveted Raw Women’s Title?

Alexa Bliss & Nikki Cross will defend their WWE Women’s Tag Team Championships on the Raw after SummerSlam against a team that came very close to winning them instead: Asuka & Kairi Sane. The Kabuki Warriors will challenge the new champs just one week after the Fatal 4-Way Elimination Match that saw Bliss & Cross snap the four-month reign of The IIconics.

The Kabuki Warriors were the runners-up in that match, and they might have been the winners if not for some well-timed chicanery on behalf of Cross, who trapped Asuka in the ring apron and distracted Kairi Sane before she could deliver her signature InSane Elbow Drop to Bliss. The interference catapulted the unlikely duo of Bliss & Cross to championship status — this is Bliss’ third distinct title in WWE and Cross’ first — but clearly, they’ll have their work cut out for them.

The Kabuki Warriors pursued the titles relentlessly while The IIconics were champions, and coming as close as they did to victory seems to have only intensified the chase. Bliss & Cross have an opportunity to etch their names in the history books with the young titles. However, should they choose to rest on their laurels after surviving The IIconics in their rematch during the SummerSlam Kickoff, their entry will be a short one.

Can The O.C. remain “Too Sweet” after SummerSlam?

After AJ Styles defeated Ricochet to retain his star-spangled title last night at SummerSlam, The O.C. remain in possession of the United States Championship and the Raw Tag Team Championship, and based on the group’s sadistic post-match attack on the aerialist, they’ve lost none of their edge in the wake of their success.

With a championship around each member’s waist, The O.C. are the most dominant group on the red brand. Will anyone dare oppose them tonight?