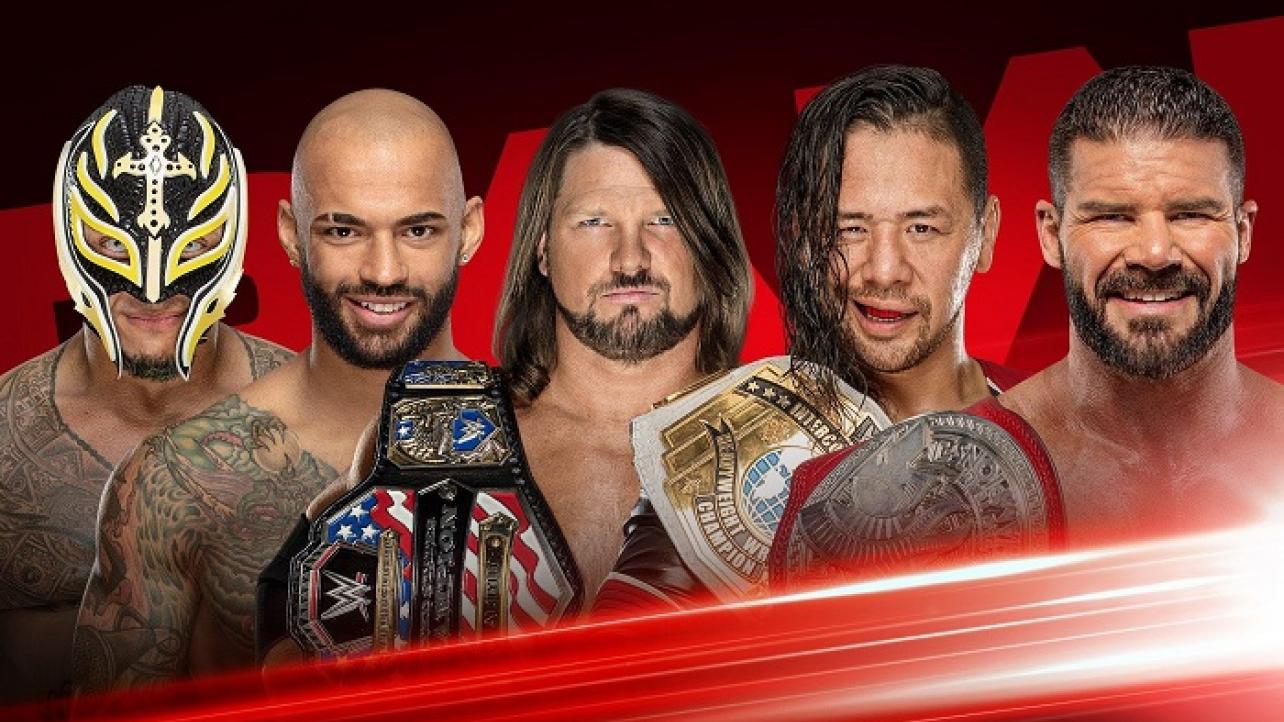 Here is tonight’s WWE Raw preview, which is advertising a fatal five-way to determine the challenger for Seth Rollins’ Universal title on the 9/30 edition of the show, which the company is hyping as the season premiere. Baron Corbin will wrestle Chad Gable in a King of the Ring rematch while Sasha Banks and Nikki Cross will go one-on-one as well. Finally, WWE is promising a new edition of The Fiend/Bray Wyatt’s Firefly Fun House. Check out the full preview below:

Who will challenge for the Universal Title on the season premiere of Raw next week?

The season premiere of Raw kicks off next week with a Universal Title Match between Seth Rollins and the winner of the Fatal 5-Way Match that will take place this Monday night on Raw!

Rey Mysterio, Ricochet, AJ Styles, Robert Roode and Shinsuke Nakamura will collide with each eyeing the opportunity to clash with Rollins for the top prize on Raw. Which Superstar will prevail in the always unpredictable climate that is a Fatal 5-Way Match to advance on to a chance to capture the Universal Title next week on the season premiere of Raw?

What’s in store on a new “Firefly Fun House”?

“The Fiend” Bray Wyatt’s attack on Seth Rollins at WWE Clash of Champions was a shocking development and foreshadowed a dark new challenge for the Universal Champion. As the two rivals prepare for their showdown at WWE Hell in a Cell, Wyatt returns with an all new edition of “Firefly Fun House.” Will Huskus the Pig Boy or Mercy Buzzard calm their friend’s nerves or will “The Fiend” Bray Wyatt have a new warning for The Beastslayer? Look for possible clues on a new edition of “Firefly Fun House.”

Sasha Banks & Bayley decimated the WWE Women’s Tag Team Champions last week with Bayley doing a number on Alexa Bliss’ knee when she rammed it into the steel steps and Banks making Nikki Cross tap out, but not before Cross almost defeated The Boss in the tag-team affair.

Now, feeling like she has something to prove and a friend to avenge, Nikki will aim to pick up where she left off when she challenges Sasha this Monday night on Raw. With each of their respective partners in their corner, can Cross pick up the biggest singles win of her career or will The Boss make yet another bold statement en route to her Raw Women’s Championship Match against Becky Lynch inside Hell in a Cell on Oct.6?

King of the Ring Baron Corbin’s coronation was cut painfully short on SmackDown LIVE when Chad Gable launched a furious attack, destroying not only the new King’s crown and throne but also his ego. Who will emerge the victor when the two square off on Raw?