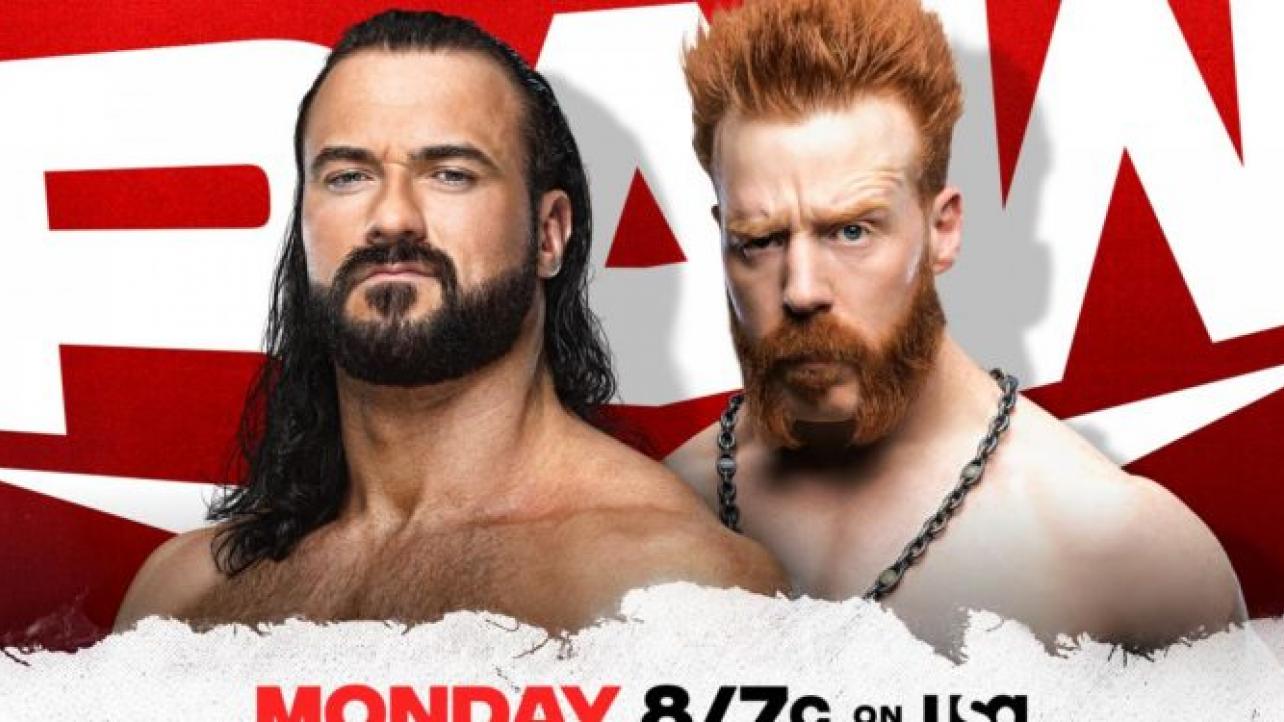 Announced for the 9/6 edition of the weekly red brand program is a United States Championship eliminator bout, with Drew McIntyre going one-on-one against Sheamus. The winner will move on to challenge current champion Damian Priest.

Featured below is the announcement from WWE’s official website.

One week after Drew McIntyre and Sheamus battled it out with Damian Priest in an extremely hard-hitting Triple Threat Match for the United States Championship, the two former friends will once again go to war against one another in a one-on-one contest that promises to be an all-out brawl from start to finish.

The reward is sweet, too, as the winner will go on to challenge Priest for the United States Title at WWE Extreme Rules.

Don’t miss all the action of Raw this Monday at 8/7 C on USA.

With that now known, featured below is the updated officially advertised lineup as it currently stands for Monday’s show.