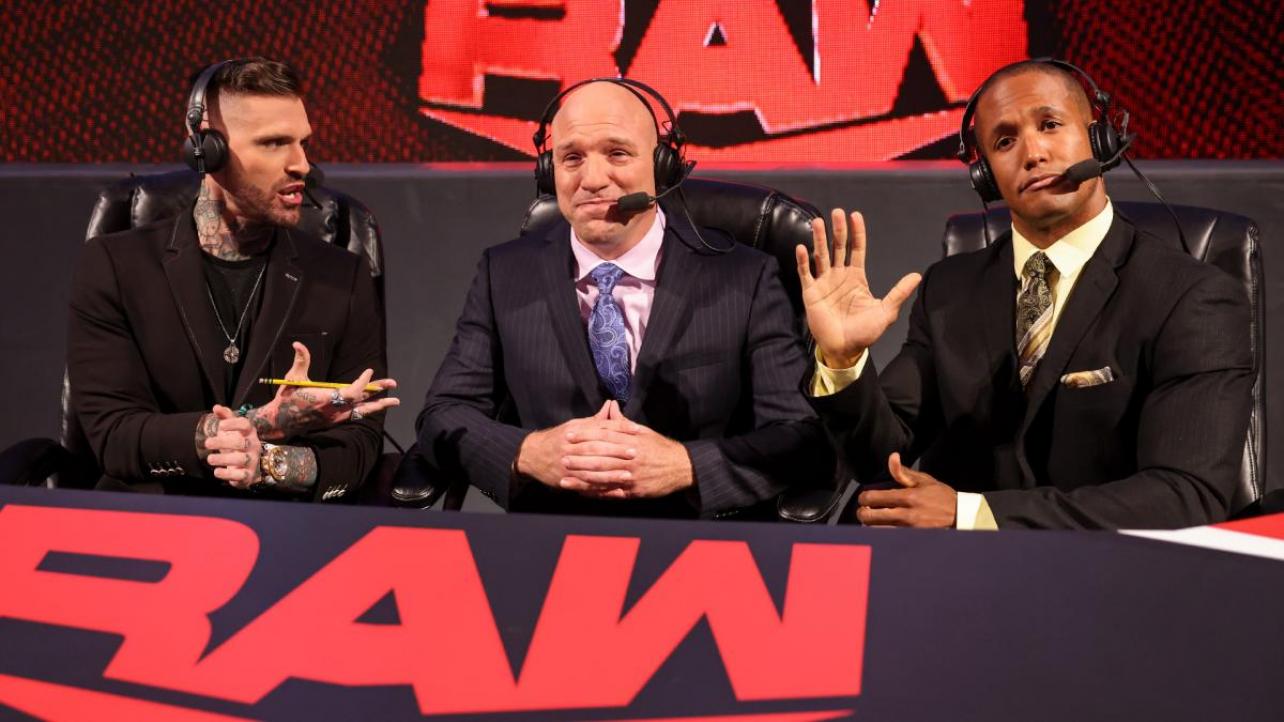 Earlier today, the WrestleVotes Twitter account reported that many members of the Raw production team were “absolutely thrilled” with Jimmy Smith’s debut, which happened during last nights edition of WWE’s flagship show. Check out the tweet below:

Before becoming the lead play-by-play announcer of Monday Night Raw, Smith worked as an announcer for Bellator MMA, and spent time as the co-host of the Discovery Channel’s Fight Quest. Jimmy also made appearances with NXT, where he served as an analyst on NXT TakeOver pre-show panels.