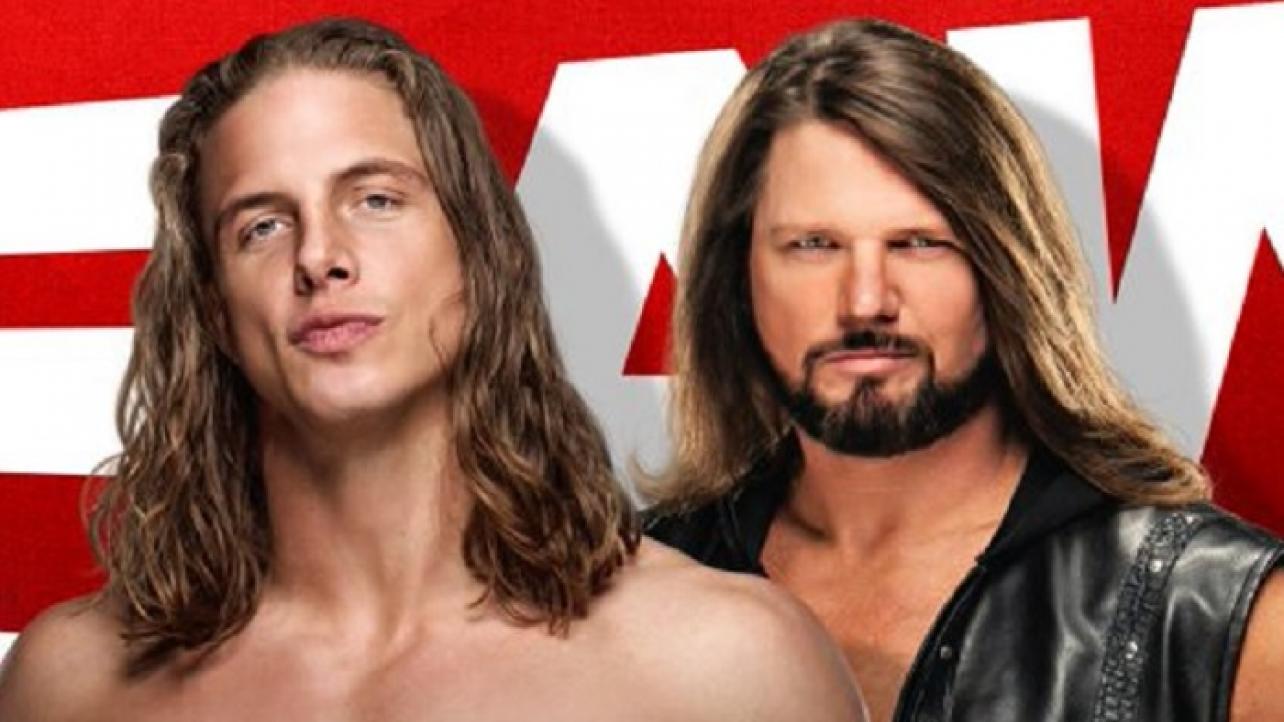 Ahead of tonight’s WWE Hell In A Cell 2020 pay-per-view “go-home” show for the red brand, the company announced that AJ Styles vs. Matt Riddle in one-on-one action has been added to the show.

“The Phenomenal One” and “The King of Bros” were among the WWE Superstars who moved from the blue brand on Friday Night SmackDown to the red brand on Monday Night Raw in the two-night WWE Draft 2020 special earlier this month.

Previously announced for the WWE Raw season premiere on the USA Network this evening are the following matches and segments:

For those interested, you can check out a major WWE Raw season premiere *spoiler* by clicking here for the full article right here at eWrestling regarding a huge segment currently in the script for tonight’s WWE Hell In A Cell 2020 PPV “go-home” show.

Make sure to join us here at eWrestling.com TONIGHT for LIVE WWE Raw Results coverage from Orlando, FL!

I can promise you big things for the season premiere of Monday Night #WWERaw …
Tonight is going to be #phenomenal https://t.co/IWD9UBJl3m