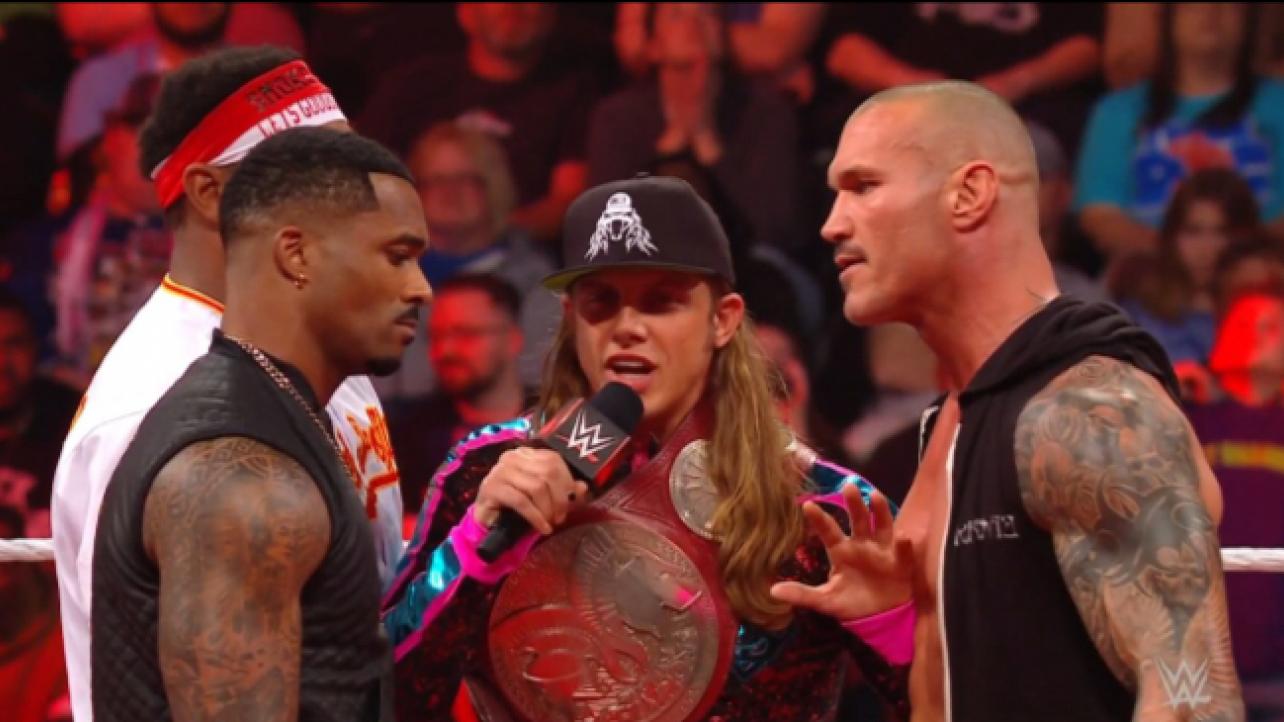 During last night’s episode of WWE Monday Night RAW, RAW Tag Team Champions RK-Bro (Randy Orton and Riddle) made their way down to the ring for their Championship Celebration to celebrate their big RAW Tag Team Title win from last week’s RAW, when they defeated Seth “Freakin” Rollins and Kevin Owens as well as the former RAW Tag Team Champions Alpha Academy (Chad Gable and Otis). RK-Bro was interrupted by Montez Ford and Angelo Dawkins of The Street Profits and they issued a challenge for WrestleMania 38, which Orton and Riddle gladly accepted.

We could see the former RAW Tag Team Champions Alpha Academy be added to the RAW Tag Team Title Match at WrestleMania to make it into a Triple Threat Match as Chad Gable and Otis interfered in a match on RAW featuring Riddle vs. Montez Ford and took both teams out.

WWE WrestleMania 38 is set to take place on Saturday, April 2 and Sunday, April 3 inside AT&T Stadium in Dallas, Texas.