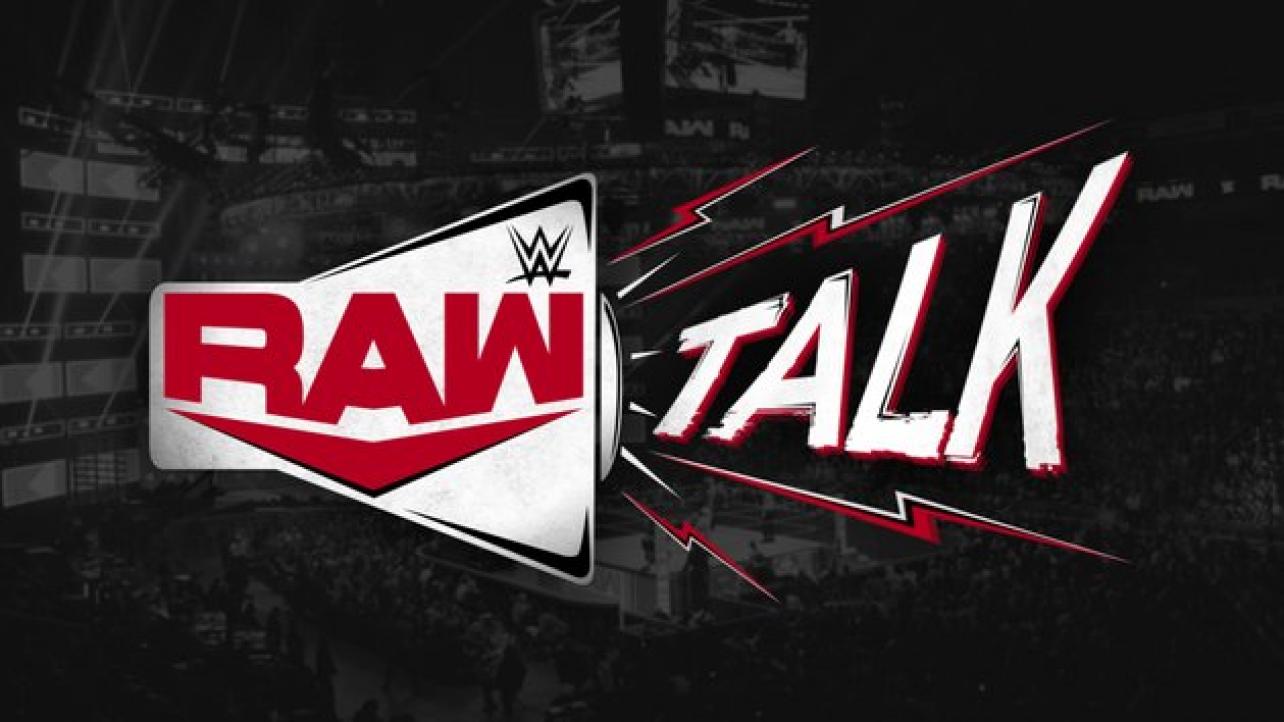 Hello again wrestling fans, and welcome back to the Raw Talk Recap! After the most recent episode of Monday Night Raw came to an end, WWE taped another episode of Raw Talk, which you can watch now on the WWE Network. Raw Talk is hosted by Kevin Patrick, and his co-host, R-Truth. The guests on the show will be Sheamus, Rhea Ripley, and The Viking Raiders. Now that we’re all caught up on what’s going down, it’s time to talk!

Kevin kicks off the show, and he’s all by himself today. Kevin recaps the main event of Monday Night Raw, as well as the return of the Firefly Funhouse. Kevin covers what went down between Charlotte Flair and Asuka, until Sheamus makes his way to the desk.

The new United States Champion says he’s “here to save the day”, and Kevin wants to know how it felt to lift the championship. Sheamus tells him “it feels great”, and Kevin wants to touch the belt. Kevin says he saw Riddle, and the former champ was “battered and bruised”. Sheamus adds to that, and tells Kevin “it was the brogue heard around the world”. Sheamus continues, and says “you just can’t beat the original brogue”. Kevin wonders if Sheamus ever doubts himself, and the champ explains “of course not. I feel like the sky is the limit, and I want to capitalize on this right now. Kevin follows up, and he wants to know how it felt for Sheamus to see the WWE Universe again. Sheamus tells him “we miss them. We feed off their energy and excitement. They can dictate the flow of a match”. Sheamus finishes by saying he hopes we can all come in the arenas to watch him “smack people around”. Kevin asks one last question about who Sheamus wants to face next, and the champ says “anyone, step up. I’ll make you a bleeding legend”. Kevin thanks the newly crowned champion for joining the show, and the first ad break is up.

Back from the break, Xavier Woods joins the show. Kevin asks how it was to see fans again, and Woods explains “being able to be at the event where we had people there… it was just so great. That energy is unmatched, and I can’t wait to have jam packed arenas”. Xavier transitions into the next guests, and they join the desk.

Ivar starts off by addressing his neck, and says “I’m feeling really good”. Erik explains “we’ve been a tag team for 7 years. A motorcycle crash could have killed me years ago, and we came back running hard after that. It felt like we have been here before, and we know how to do this”. Kevin wants to know what we can expect, and Ivar tells him “I think we reminded people in the division who we are. We have something to prove”. Woods joins the conversation, and talks about team work. Xavier asks what The Viking Raiders want to accomplish, and Erik says “Ivar is my second wife. I see him nearly more than Sarah”. Erik talks about being in a familiar setting without Ivar there, but “now that we’re here, we have a huge chip on our shoulder. I don’t wanna watch Wrestlemania again. I want to be in the fights”. Erik talks about standing on the stage at Wrestlemania, and feeling everyone else’s energy, before saying that motivates them. Erik finishes by saying “we are who we are. We are gonna run through everybody. We don’t change”. Ivar chimes in, and talks up The New Day. Ivar covers all of the countries he and Erik have wrestled in, before adding “we’re not where we are without each other”. Erik closes by teasing a match between themselves and The New Day, and the segment comes to a close.

The new Raw Women’s Champion sits down with the hosts, and Xavier asks Rhea how she’s feeling. Rhea tells him “just walking down the stage was a dream come true. I hope I get to talk to my family about it tonight”. Xavier wants to know if it felt different to have the band there, and Rhea explains “absolutely. Being on the stage with them was one of the highlights of my life”. Kevin asks Woods what impressed him about Rhea’s performance, and Xavier explains “she was cool as ice”. Rhea responds, and tells him “I knew how to compose myself”. Kevin turns the attention to Monday Night Raw, and asks about Charlotte Flair. Rhea tells him Charlotte was “disrespectful”, and she questions why Flair is mad, before adding “she would have done the same thing to me. She’s jealous. She doesn’t want to be second fiddle to Rhea Ripley, and she’s scared she’s getting old”. Rhea sends a message to Charlotte, and says “at the end of the day, I have trained for this moment my entire life. I’m sick and tired of Charlotte, and I’m done with this interview. I don’t want to hear her name anymore”. Rhea leaves, and the hosts recap the story between Ripley, and Flair, until the show fades to black.