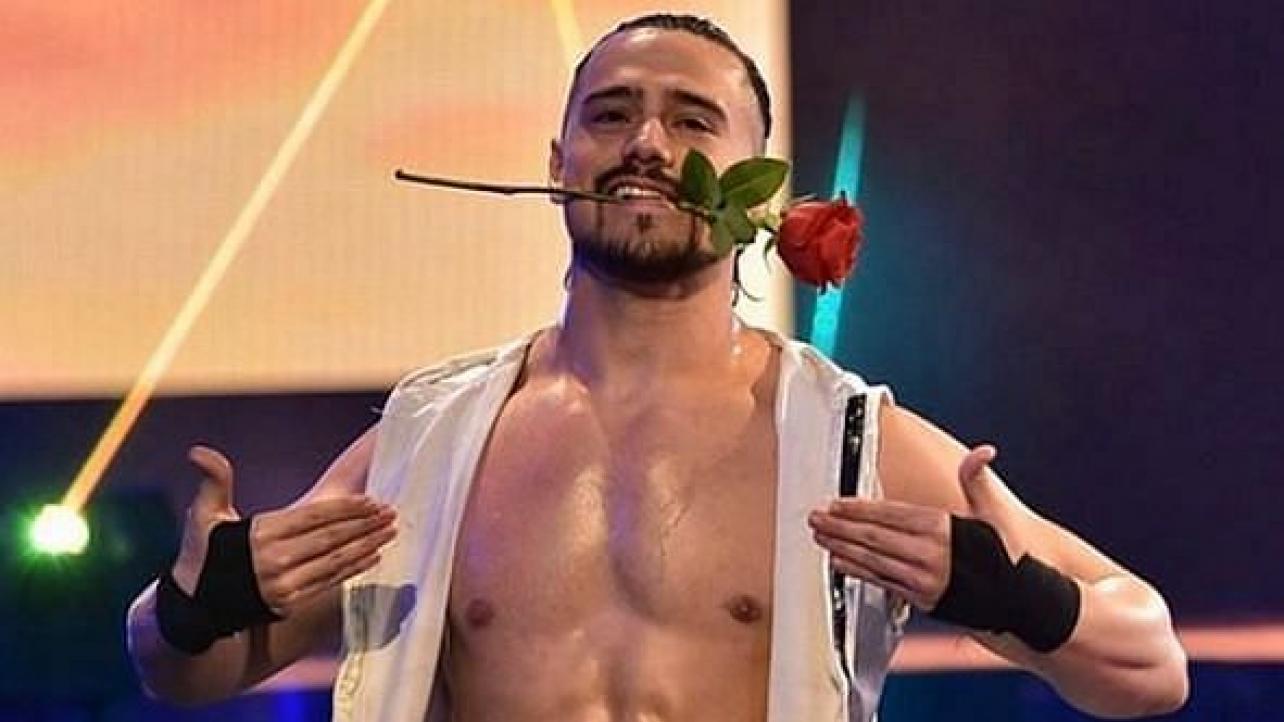 Hello again wrestling fans, and welcome back to the Raw Talk Recap! After the most recent episode of Monday Night Raw came to an end, WWE taped another episode of Raw Talk, which you can watch now on the WWE Network. Raw Talk is hosted by Kevin Patrick, and his co-host, R-Truth. The guests on the show will be The New Day, Angel Garza, Tamina, and Natalya. Now that we’re all caught up on what’s going down, it’s time to talk!

Kevin kicks off the first episode of Raw Talk after ‘Wrestlemania Backlash’ by talking about Truth losing “his baby”, the 24/7 Championship. Truth seems upset, and Kevin reassures him, saying “I’m on your side”. Truth begins to unravel, and he says “it wasn’t my time man. You cost me my time!” Kevin says he had no idea Tozawa was hiding in the steps, and “I wish you could feel what I’m feeling right now, Truth.” R-Truth views a few replays of himself losing the title, and Kevin promises “I’ll do anything to help you get it back”, before reaching for a handshake. Truth declines. Kevin moves into discussions about other things that happened on Raw, until the first guests makes their way on the show.

The new Women’s Tag Team Champions join the show, and Natalya says “we’re still processing this. It’s been such a journey!” Kevin follows up by asking what it was like to get all of the phone calls over the weekend, and Natalya explains “it was super emotional. We come from two of the greatest wrestling dynasty’s in the world.” Natalya goes on to talk about her husband, TJ Wilson, and says “when you reach your full potential it’s amazing. Some people never reach that moment.” Tamina adds to that, and tells the hosts “the love and support has been so amazing.” Truth keeps trying to get a word in, and Tamina asks him to stop, while Natalya threatens to put him in a headlock. Tamina gets back on track, and explains “when you get on top, you don’t stop, you keep going.” Natalya comes behind that by saying “the hard work paid off”, and Kevin mentions that they have a target on their backs now, before asking about Alexa Bliss. Natalya and Tamina share a few thoughts on Alexa, who Natalya says “smells like moth balls.” Kevin brings up Reginald “hopping in Tamina’s DM’s”, and Kevin calls him “a little creeper. Tamina and Natalya insult Reginald, until finally saying “I’m just ready to be normal. We’re Harts! We’re Samoans!” The hosts thank both ladies for joining, and the show heads to a break.

Back from the break, “The Lethal Lothario” joins the hosts. Garza looks extremely “dapper”, and talks about being “a man of your word.” Angel watches a clip of himself shoving a rose up Gulak’s backside, and Truth asks “what did he do to you?” Kevin wonders what’s going on with Garza, and he explains “I looked in the mirror, and I thought ‘what a handsome man’. I realized I need being more passionate, and intense, and that’s what I’m doing.” Kevin follows up by asking what’s next for Angel, and he tells him “I’m just focused, and I’m gonna keep working, and you’re gonna see a new Angel Garza… ‘The Lethal Lothario’.” Garza quickly exits the show, before another NXT plug.

The former Raw Tag Team Champions make their way to the desk, and Kofi stands on the desk to twerk… Kofi comes back down, and Kevin congratulates them on their recent match. Kofi explains that he has been watching tapes of Truth getting caught “in the Nelson”, and that’s what helped him avoid the submission hold, so he thanks Truth for the lessons he learned. Kevin asks Kofi to rank the win, and Kofi says “Kofi Kingston just pinned the WWE Champion, son.” Kingston points out that he’s the only one to pinned Bobby Lashley as Champion so far, and “when it comes the time you capitalize, baby.” Truth finally asks if Kofi will soon be the Two-Time WWE Champion, and Kingston tells him “when you stay ready, you don’t have to get ready.” Xavier finally gets a word in, and he begins to short circuit about Kofi’s long list of accomplishments. Kofi stands up on the table again to twerk, and Xavier joins him, and now it’s getting weird in here. Everyone talks over each other, as Kevin thanks both guys for stopping by, until the show fades to black.