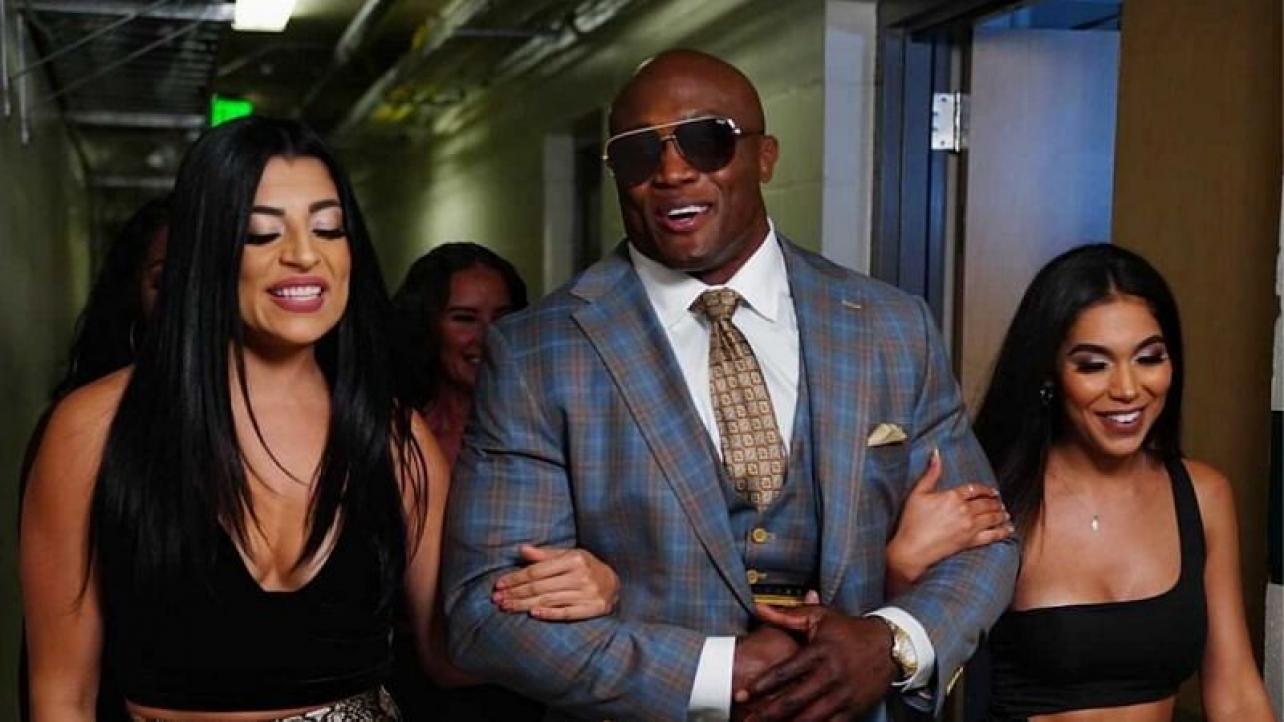 Hello again wrestling fans, and welcome back to the Raw Talk Recap! After the most recent episode of Monday Night Raw came to an end, WWE taped another episode of Raw Talk, which you can watch now on the WWE Network. Raw Talk is hosted by Kevin Patrick, and his co-host, R-Truth. The guests on the show will be Bobby Lashley, Rhea Ripley, and The Viking Raiders. Now that we’re all caught up on what’s going down, it’s time to talk!

Kevin kicks off Raw Talk by reminding everyone that Hell In A Cell is a week from Sunday, and introduces the viewers to the former 24/7 Champion R-Truth. Kevin and Truth cover the Raw Talk Headlines, and share their thoughts on Shayna Baszler being “haunted”, until Kevin sends the show to the first ad break.

After the ad break, the number one contenders to the Raw Tag Team Championship’s join the hosts. Kevin kicks off the interview by saying The Viking Raiders “nailed it tonight”, and Erik explains “we’re a team. When people come together who aren’t full-time teams, it’s alot harder for them.” Kevin wants to know how both men feel about their future championship opportunity, and Ivar tells them “we’re excited. We’re ready for the challenge.” Kevin asks about the moment of “disrespect” AJ and Omos had with the Raiders backstage, who called the duo “wannabe vikings.” Erik responds, and tell viewers “AJ is phenomenal. He has a real life giant by his side… but if they were so unworried about us, they wouldn’t be trying to get in our heads. We know the game… we know when someone is scared.” Erik continues “they are trying to get us to do something that will take our opportunity away. We’re gonna save it for the ring.” Kevin wraps up the interview, and thanks both men for stopping by, before sending the show to another break.

When the show returns from the break, the Raw Women’s Champion brings her “brutality” to Raw Talk. Kevin notices Rhea is frustrated, and brings up Nikki Cross and Charlotte. Rhea tells the hosts “I find it humorous that Charlotte said she would be professional… she started it tonight. She just has to prove her point that she is still relevant, and that makes me mad.” Kevin wonders if anyone got anything out the issues last night, and Rhea explains “I should have known better. I should have had eyes in the back of my head.” Rhea continues, and says “Charlotte is playing a whole different game… but she can try her best, because I already know I live rent free in her head.” Kevin follows up by asking if Rhea expects better out of Charlotte, and Ripley says “I’ve been in the ring with her a few times, every time I lost it was my fault.” Kevin puts Truth on the spot, and asks him to pick a winner for next Sunday’s Raw Women’s Championship match, so he picks “whoever the person who is the hungriest.” Kevin and Truth bring the interview to a close, and sends the show to one last commercial.

Once the show returns from the final break of the night, “The Almighty WWE Champion” makes his way to the desk, alongside MVP, and a host of ladies. Kevin begins by asking about Drew McIntyre, who MVP says “is crass and has no manners… how many times does he have to be put in the hurt lock… he’s begging to get an ass whoopin’ again.” Lashley chimes in, and he explains “the difference between Drew and me.” Lashely tells viewers “I’m not gonna be out here barking like some kind of dog(barks).” Truth says “Drew is my dog”, and MVP demands him to “put your dog on a leash…” Kevin brings up that this isn’t going to be the first Cell match for McIntyre, but it will be the first Hell In A Cell match for Lashley, who asks “what does a cage even mean? What difference does it make?” Kevin wonders what the future looks like for Bobby, if he can get past Drew again, and Lashley says “now it’s time to have a little fun. It’s time to relax.” Truth warns Lashley that MVP is “blowing your money,” but Bobby explains “we’re good over here.” MVP closes the show by inviting Kevin out with “the lovely ladies,” but Kevin declines, because “I have a wife at home.” Kevin thanks everyone for watching, while turning red in the face, and the show comes to an end.