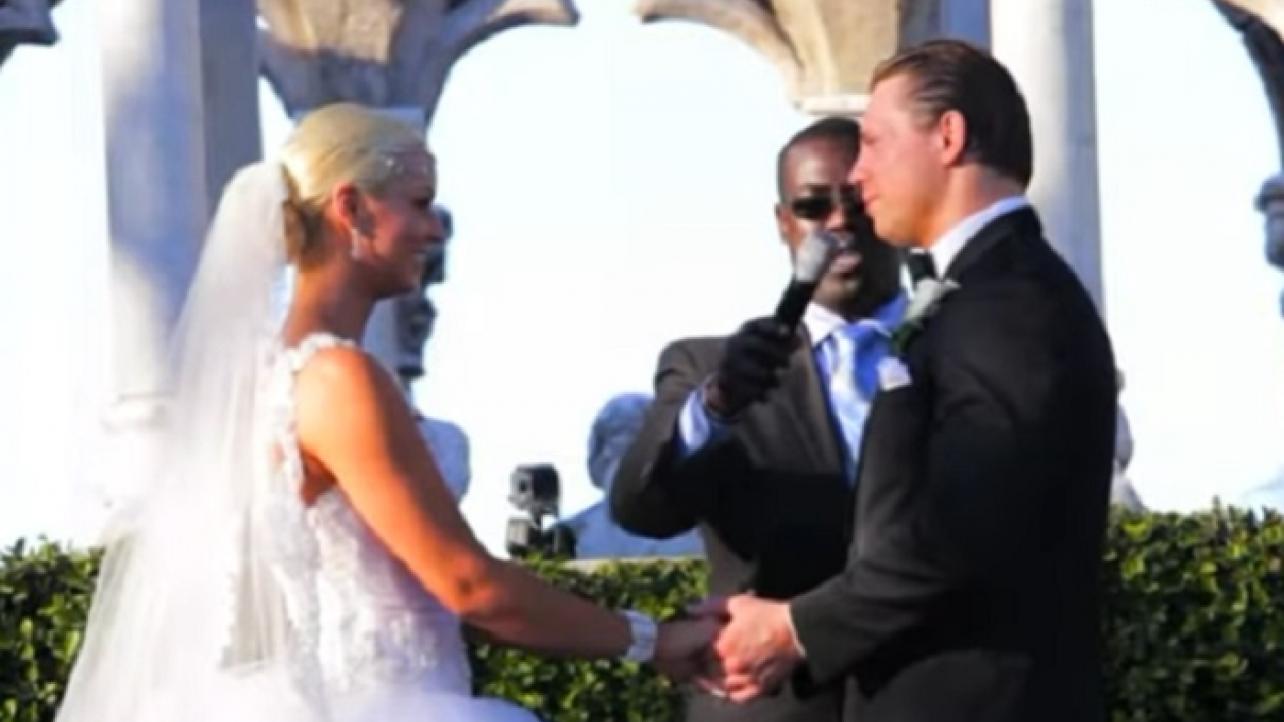 As noted, The Miz and Maryse will be renewing their wedding vows in a special segment announced for this coming Monday night’s edition of WWE Raw.

Ahead of the final WWE Monday Night Raw show of 2021, The Miz took to social media to comment on the wedding vow renewal segment announced for the show scheduled for 12/27 at Little Caesars Arena in Detroit, Michigan.

“Everything must be perfect,” wrote the most-must-see WWE Superstar in history via his official Twitter page.

Everything must be perfect. https://t.co/LUse8Hn0dJ

Additionally, WWE posted another promotional tweet to hype the segment for Monday’s show, which features The Miz and Maryse posing in front of their Christmas tree in their home. Check out the photos below.

The most MUST-SEE wedding in WWE history is upon us as @mikethemiz and @MaryseMizanin renew their vows this Monday on #WWERaw! pic.twitter.com/Om0NBmxKdL

In related news, in honor of The Miz and Maryse renewing their wedding vows on next week’s Monday Night Raw show, WWE has shared a look back at a couple of wedding ceremony segments that didn’t exactly have a happy ending.

Featured below are a pair of tweets shared by the official WWE Twitter feed on Friday to continue to promote the Miz/Maryse wedding vow renewal.

Before @mikethemiz & @MaryseMizanin renew their vows on #WWERaw, it’s good to remember that weddings in WWE don’t always go off without a hitch… pic.twitter.com/NPd1Kt7nyF

Finally, WWE re-posted the photo that Big E. and Xavier Woods re-created from the above classic segment, which features Woods in the role of Stephanie McMahon and Big E. in the role of Vince McMahon as she cries out, “I hate you!” during the revelation from Triple H that she had already tied the knot with him one night prior.

Before @mikethemiz & @MaryseMizanin renew their vows on #WWERaw, it’s good to remember that weddings in WWE don’t always go off without a hitch… pic.twitter.com/0LxFXQjhvd

For those interested in the back-story of the photo Xavier Woods and Big E. created above, check out the behind-the-scenes video feature embedded below. The video shows the making of the photo, along with other classic WWE Attitude Era moments being relived by current WWE Superstars in a special feature that was released back in January of 2018.

WWE Monday Night Raw goes down from Little Caesers Arena in Detroit, MI. this coming Monday, December 27, 2021, featuring The Miz and Maryse renewing their wedding vows on the final red brand show of the year. Check out the official promotional trailer for the 12/27 edition of Raw via the video embedded below, and make sure to join us here at eWrestling.com on Monday night for live WWE Raw results coverage.