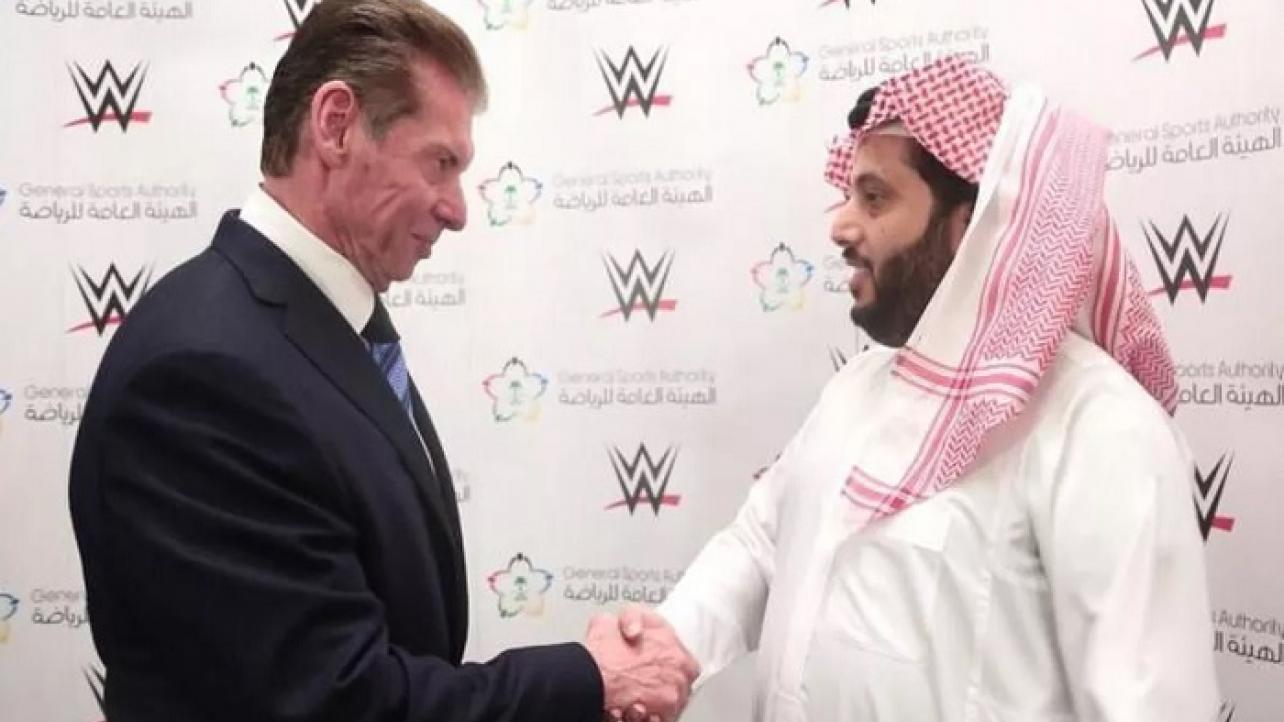 In another SEC filing/disclosure to its stakeholders, WWE revealed that they have settled an ongoing lawsuit related to their ongoing negotiations in Saudi Arabia for a TV deal.

The lawsuit was filed back in March by the City of Warren Police and Fire Retirement System, who alleged that company executives failed to disclose that their Middle Eastern deals were not officially signed but led investors on under the belief that it was a done deal, thereby artificially inflating the stock price for the company.

The lawsuit also alleged that company officials, who were in the know about the lack of a deal, then went ahead and sold $280 million of stock with that insider knowledge and at inflated prices.

On November 18, 2020, World Wrestling Entertainment, Inc. (the “Company”) entered into a term sheet (the “Term Sheet”) to settle the previously disclosed action titled City of Warren Police and Fire Retirement System, individually and on behalf of all others similarly situated, v. World Wrestling Entertainment, Inc., Vincent K. McMahon, George A. Barrios, and Michelle D. Wilson, No. 1:20-cv-02031-JSR, currently pending in the United States District Court for the Southern District of New York (the “Court”). Plaintiffs in the lawsuit alleged securities law violations by the Company, its current Chief Executive Officer and its former Co-Presidents, related to certain disclosures concerning the Company’s business relationship in and with the Kingdom of Saudi Arabia. The Term Sheet was reached in connection with a voluntary mediation which involved the Plaintiffs and their counsel, the Company and its counsel, and the Company’s insurance carriers. Aside from the Term Sheet, there will be other standard and customary terms of class action settlements in the stipulation of settlement. The settlement is subject to notice to the class and preliminary and final approval by the Court.

The settlement will include a full release of all Defendants in connection with the allegations made in the lawsuit, and will not contain any admission of liability or admission as to the validity or truth of any or all allegations or claims by any of the Defendants.

The Term Sheet provides for a settlement payment, subject to Court approval, of $39 million (inclusive of all Plaintiffs’ attorneys fees and expenses and settlement costs), all of which the Company expects will be paid by the Company’s insurance carriers.

The Company believes that resolving the matter is the right business decision and that it is prudent to end the protracted and uncertain class action process.

This Report on Form 8-K contains forward-looking statements. Forward-looking statements may be identified by words such as “expects,” “intends,” “anticipates,” “plans,” “believes,” “seeks,” “estimates,” “will,” or words of similar meaning. Forward-looking statements made by the Company speak only as of the date made, are subject to change without any obligation on the part of the Company to update or revise them, and undue reliance should not be placed on these statements. For more information about risks and uncertainties associated with the Company’s business, please refer to the “Management’s Discussion and Analysis of Financial Condition and Results of Operations” and “Risk Factors” sections of the Company’s Form 10-Q for the quarter ended September 30, 2020, and the Company’s other SEC filings, including, but not limited to, its annual report on Form 10-K.