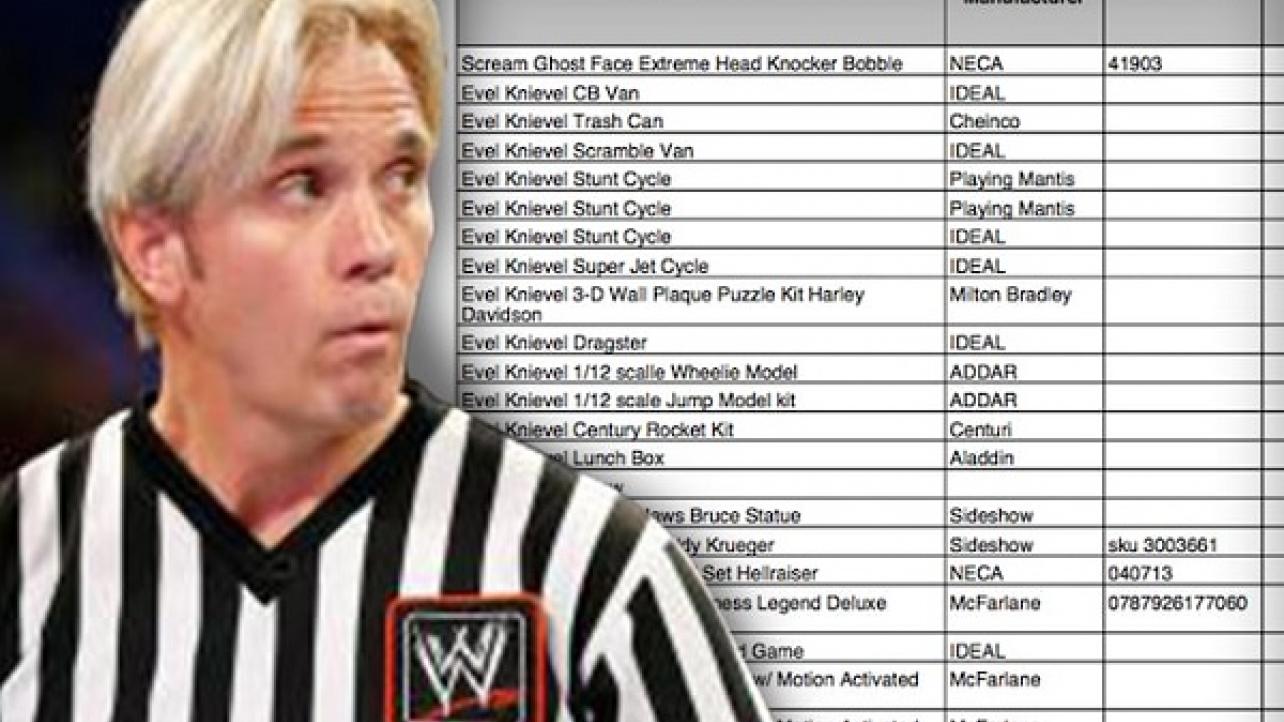 WWE Referee Robbed For $55,000 Worth Of Historic Memorabilia In Storage Unit Heist

TMZ Sports was first to report the news on Saturday morning that the veteran WWE referee was robbed for approximately $55,000-worth of historic Hollywood memorabilia and wrestling collectibles.

“Lil ‘Naitch” is now on the hunt to retrieve his stolen items, however thus far he doesn’t appear to be having much luck.

Robinson reportedly went to check on his storage unit in Charlotte, North Carolina one month ago on Tuesday, May 28th, which is when he first discovered that he had been the victim of a robbery.

Among the financially significant items that belonged to Robinson that were stolen as part of the storage unit heist were ultra-rare Evel Knievel stunt cycle toys, collectible “Chucky” dolls, “Friday the 13th” action figures, “Planet of the Apes” lunchboxes and a laundry-list of WWE keepsakes and memorabilia.

The veteran pro wrestling referee has filed a police report about the matter, however so far officials have not been able to track down the culprit, nor have they made much progress in their efforts to do so.

An interesting note related to this story is that one of the items that came up missing from Charles Robinson’s storage unit was a “Jaws” movie statue valued at $2,400.

The item coincidentally appeared for sale on eBay this past Thursday evening, June 27th, however the entire post, as well as the username of the person who put up the post, were removed before Robinson noticed.

Additionally, Robinson informed TMZ Sports that the security cameras at the storage company did not catch the thieves in the act. He also noted that he doesn’t personally feel like the company is overly concerned with helping him get justice.

As part of their article on the subject, TMZ Sports released a nine-page document listing all of Charles Robinson’s stolen items, as well as their estimated value. You can check out the PDF file by clicking here.

Robinson, who has worked for over 18-years as an official in WCW and WWE, is affectionately referred to as “Lil ‘Naitch” within the industry due to his longtime friendship and working relationship with two-time WWE Hall Of Famer Ric Flair.

He served as the referee for “The Nature Boy’s” memorable “Retirement Match” against fellow two-time WWE Hall Of Famer Shawn Michaels at WrestleMania 24.

WWE Referee Robbed For $55,000 Worth Of Historic Memorabilia In Storage Unit Heist