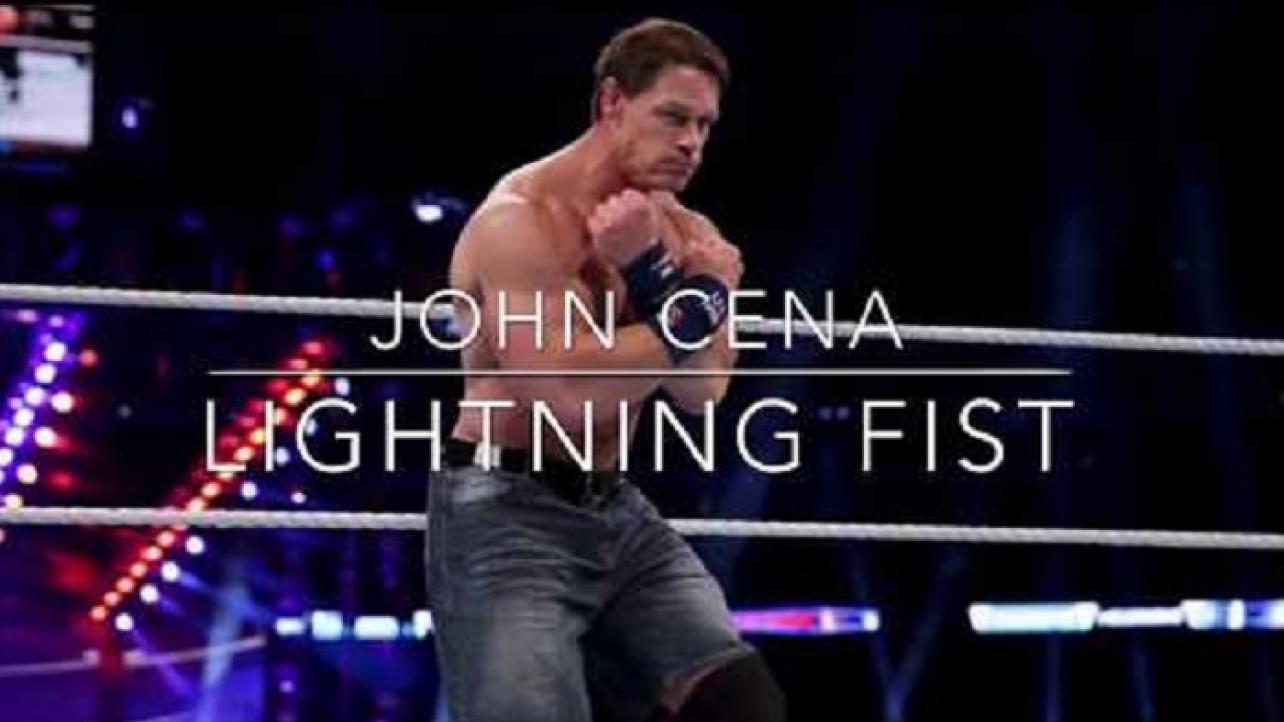 Today marks yet another one of many milestone dates in the legendary pro wrestling career of longtime WWE veteran John Cena.

That’s right, it’s the second anniversary of the debut of his “Sixth Move of Doom” — the dreaded LIGHTNING FIST!

On this day, October 6, two years ago during the WWE Super ShowDown 2018 special in Melbourne, Australia, Cena debuted his official “Sixth Move of Doom” in a featured tag-team match on the lineup of the WWE Network live special event.

With today marking the two-year anniversary of the newest addition to the previously dubbed “Five Moves of Doom” set used by the leader of the “Ce-Nation”, WWE has decided to reflect back on Cena debuting the “Lightning Fist” to earn a victory for he and Bobby Lashley in their showdown against the duo of Kevin Owens and Elias.

Watch the video below called “John Cena Breaks Out Sixth Move Of Doom” courtesy of the official WWE YouTube channel.

My-my how time flies! Can you believe it’s been two years already?!?!#WWE reflects on two-year anniversary of #JohnCena adding to his “FIVE MOVES OF DOOM” with the debut of “SIXTH MOVE OF DOOM” — The Lightning Fist (#VIDEO)