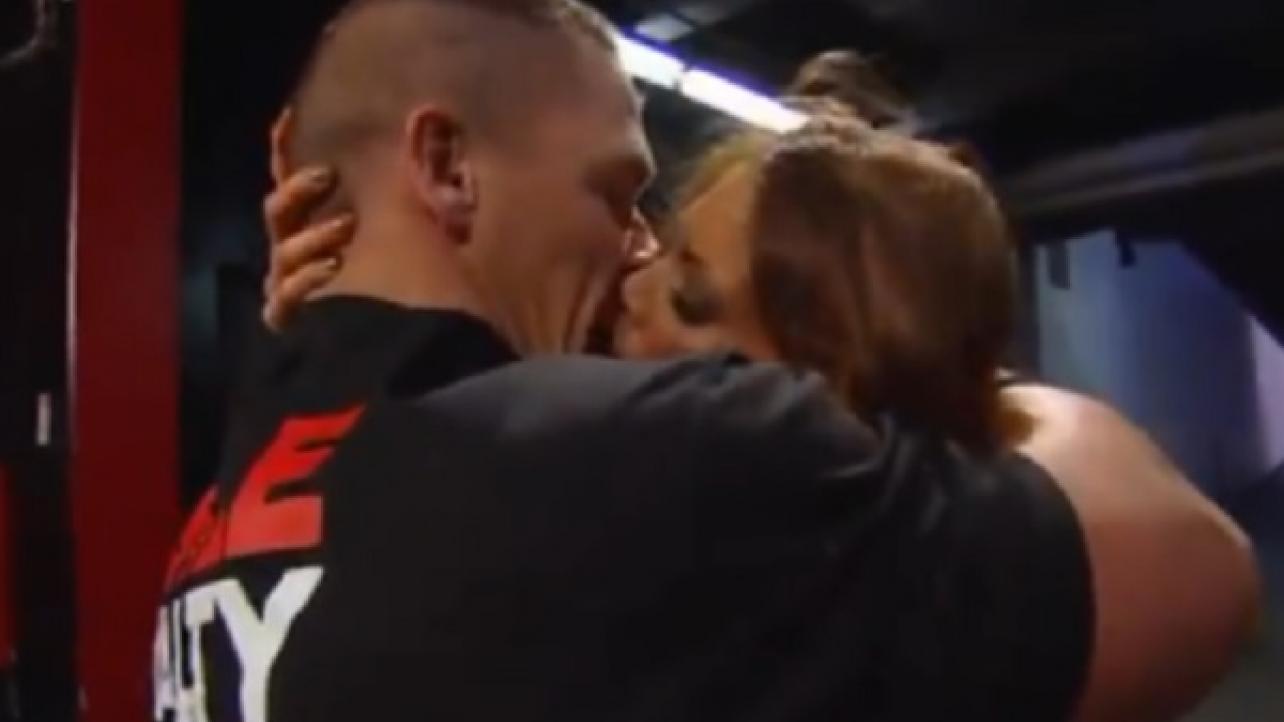 – Ahead of next week’s Valentine’s Day holiday on Thursday, February 14th, WWE posted the following video dubbed “Top 5: WWE Heartbreaks” this weekend on their various social media channels. The video features John Cena making out with Eve Torres from a 2012 episode of WWE RAW, Triple H taking over for Vince McMahon from a 2011 episode of WWE RAW, Shawn Michaels turning on his Rockers tag-team partner Marty Jannetty on “The Barber Shop” talk-show segment from a 1992 episode of WWE Wrestling Challenge, Tommaso Ciampa’s violent attack of Johnny Gargano from the 2018 live NXT TakeOver: Chicago II special and Shawn Michaels beating and ending the career of Ric Flair in 2008 at WrestleMania 24.

– Shortly after WWE announced that Seth Rollins will be addressing his WrestleMania 35 opponent, WWE Universal Champion Brock Lesnar, at this Monday night’s episode of WWE RAW, Paul Heyman took to Twitter to post the following comments about his “client” and the upcoming showdown between “The Architect” and “The Beast Incarnate.”

This will be the scene both at @WWE @WrestleMania and the Day After #WrestleMania35. My apologies to those who idolize the infinitely-talented @WWERollins, but YOUR reigning defending undisputed #UniversalHeavyweightChampion …. @BrockLesnar!!! pic.twitter.com/HuhOEJqatp

– Additionally, “The Architect” himself noted that he has “never felt so alive” in a tweet responding to WWE’s announcement about his plans to address Lesnar at Monday’s RAW. Check out Rollins’ tweet below.

Make sure to join us here at eWrestling.com on Monday evening for live play-by-play results coverage of the WWE Elimination Chamber 2019 “go-home” edition of WWE RAW!