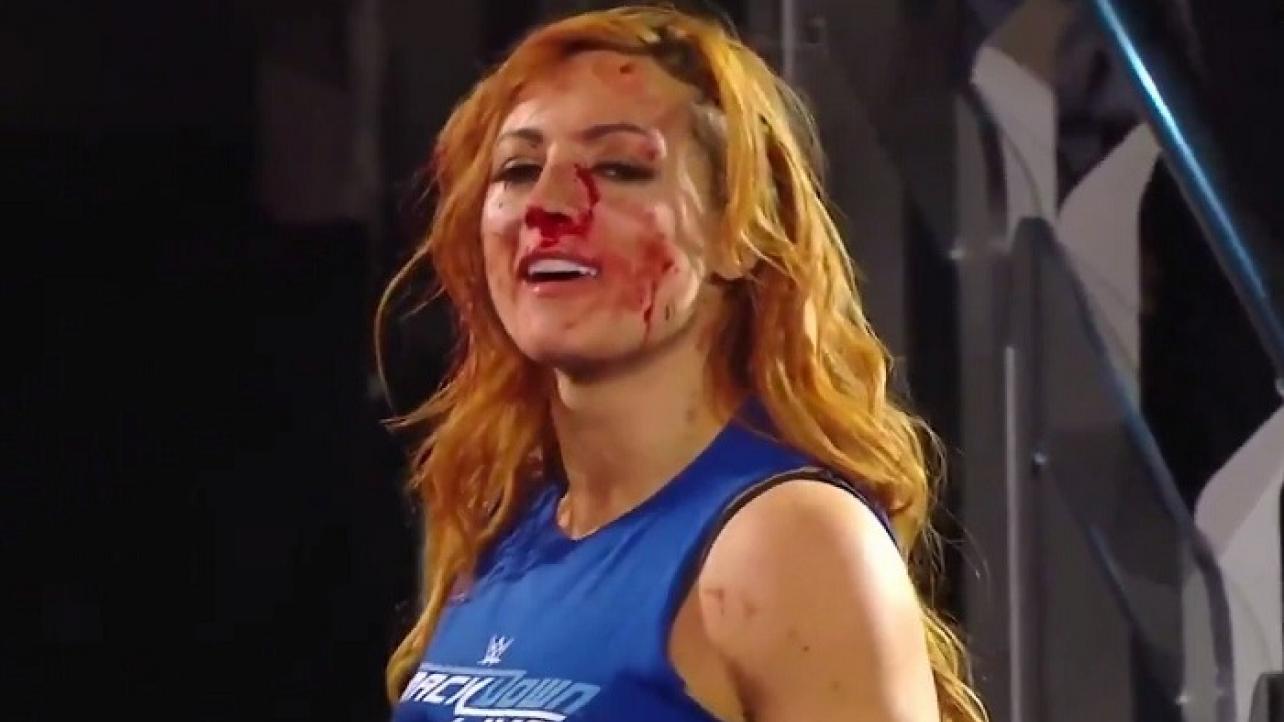 Today marks the one-year anniversary of the one single moment that arguably put Becky Lynch over the edge as “The Man” in WWE from that point forward.

The official WWE On FOX Twitter page, which had “#WWEChampion” trending worldwide on Twitter on Tuesday, also reminded fans of one extremely special moment that took place on this day in 2018 heading into the WWE Survivor Series 2018 pay-per-view.

“One year ago today, the war RAW & SmackDown, and between Ronda Rousey & Becky Lynch, took a most violent turn…” wrote the official WWE on FOX (@WWEonFOX) Twitter page wrote on Tuesday. “…and it led to one of the most memorable visuals in WWE history.”

Check out the bloodied up, blue-brand-t-shirt-touting Irish Lass-Kicker after taking a stiff hard-way punch to the snout by Nia Jax via the tweet posted by the official WWE On FOX account below.

One year ago today, the war between #RAW & SmackDown, and between @RondaRousey & @BeckyLynchWWE, took a most violent turn…

…and it led to one of most memorable visuals in @WWE history. pic.twitter.com/4XcUZByyei