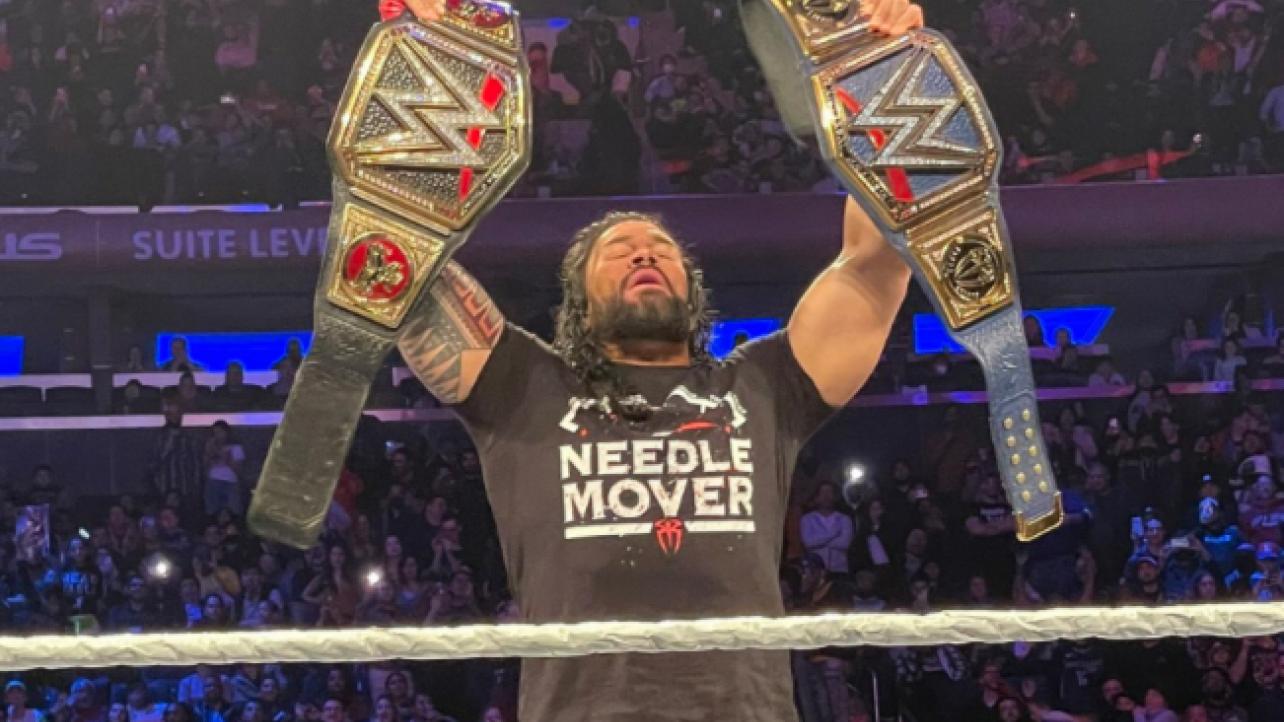 Brock Lesnar had a rough night at Madison Square Garden on Saturday evening.

The 44-year old pro wrestling veteran and former UFC Heavyweight Champion found himself a victim of a three-on-one beatdown at the hands of The Bloodline.

Check out the video footage of The Bloodline attacking Brock Lesnar after his match with Austin Theory at WWE MSG in New York on Saturday night via the tweet embedded below.