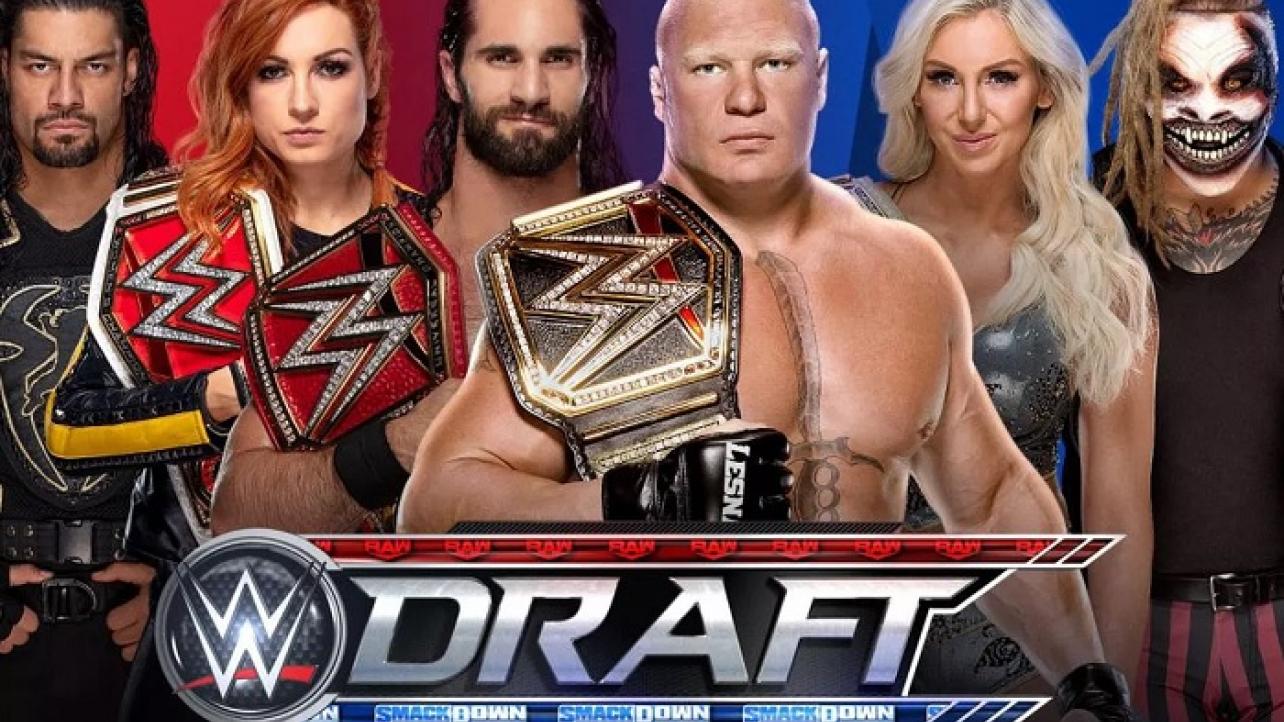 The “draft pools” of talent eligible in the WWE Draft kicking off tonight on Friday Night SmackDown on FOX.

WWE released the preliminary “draft pools” for Raw and Smackdown, which is basically the list of wrestlers that are eligible to be drafted on each specific night – either October 11 on Friday Night Smackdown or October 14 on Monday Night Raw:

SmackDown and Raw are officially on the clock. The preliminary WWE Draft Pools have been determined and designate which WWE Superstars are available for selection on each night.

Featured below is the full list of draft-eligible Superstars organized by assigned night:

The WWE Draft begins with the Friday, Oct. 11 episode of SmackDown on FOX at 8/7 C. Catch the final picks on the Monday, Oct. 14 episode of Raw on USA Network at 8/7C.