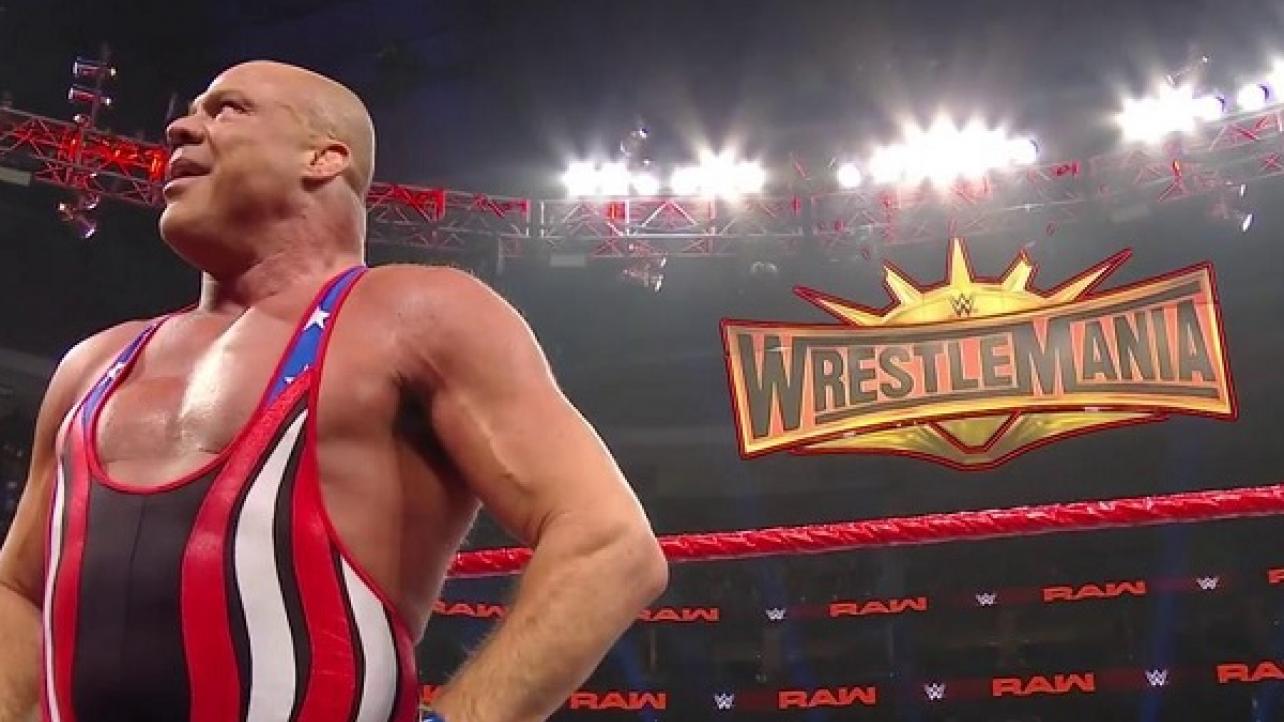 According to the @WrestleVotes account on Twitter, the “Farewell Match” for Kurt Angle at WrestleMania 35 could be changing.

The Twitter account, which has broken multiple WWE stories in the past, is reporting that due to the overwhelmingly negative response to Baron Corbin being announced as Angle’s final opponent inside the squared circle for WWE, the company is considering changing things up.

There is no word yet regarding whether or not WWE is committed to changing Angle’s opponent for next month’s big event, or if they do, who that new opponent will be (although John Cena has been rumored for a while now).

We will keep you posted if-and-when new information regarding Kurt Angle’s “Farewell Match” at WrestleMania 35 surfaces.

From a source: Angle vs Corbin is being “reconsidered”.

WWE did not expect this type of negative reaction, and thus, they don’t want such a negative feel to Kurt’s final contest.