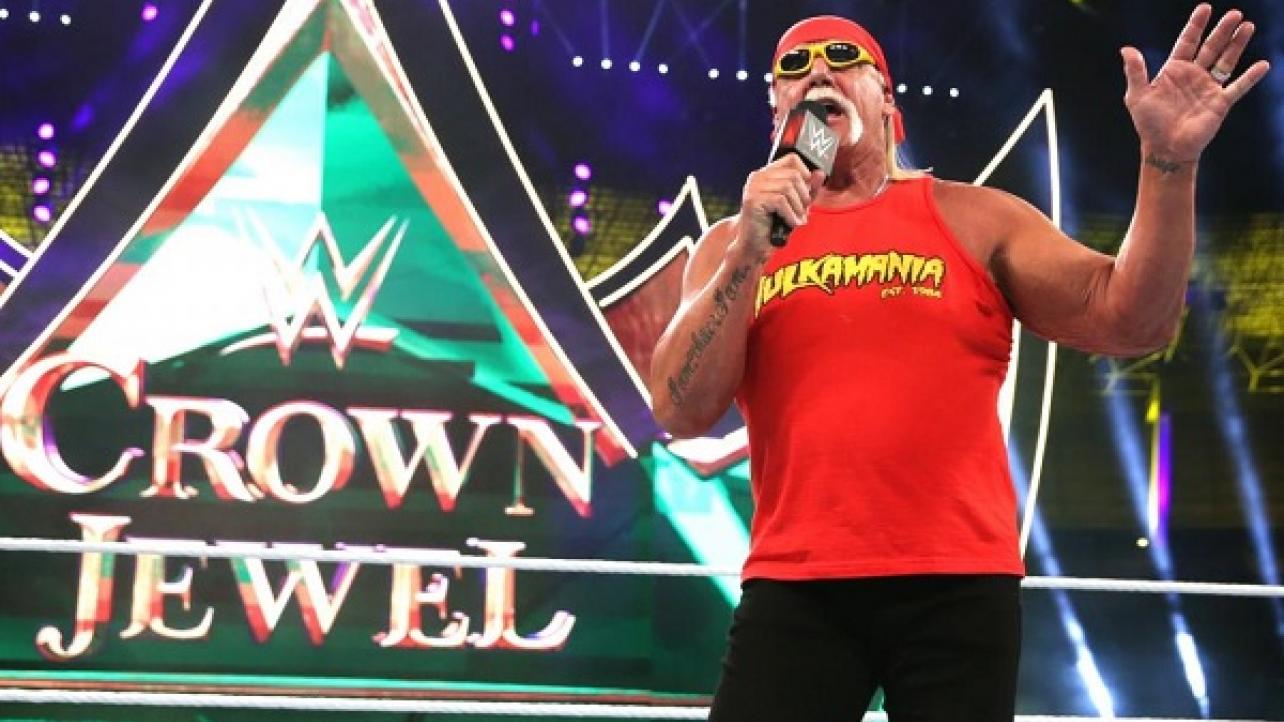 WWE intended to keep Hulk Hogan’s return to the company as low key as possible, reports the Wrestling Observer Newsletter. A commercial had been created before Raw to promote Crown Jewel that would have featured Hogan in it with an official announcement for his return with the expectation that it would have been aired on RAW.

The decision was then changed and instead the plan was to quietly insert his name on the WWE.com website without even a story but confirmed privately to media that Hogan would be hosting the show. WWE has also subtly put Hulk Hogan merchandise for sale online all of which guaranteed that amid all the bigger controversy happening, Hogan’s inclusion ended up going relatively unnoticed and without much backlash.