“We generated strong financial results in the quarter, highlighted by record revenue and Adjusted OIBDA for a third quarter, and remain firmly on track to deliver record revenue and Adjusted OIBDA for the full year,” said Stephanie McMahon and Nick Khan, WWE co-Chief Executive Officers. “We continue to effectively execute our strategy, including staging a record-setting international stadium event, Clash at the Castle, in early September. Clash at the Castle, as well as our other premium live events (“PLEs”) including SummerSlam and Extreme Rules all continue our streak of delivering record viewership for each respective event. These PLEs, along with strong ratings for our flagship programs, Raw and SmackDown, continue to expand the reach of our brands and enhance the value of our content across various platforms, both domestically and abroad.”

Frank Riddick, WWE President & Chief Financial Officer, added “In the quarter, we exceeded our guidance. Adjusted OIBDA increased 17% reflecting 19% revenue growth over the prior year. Our financial performance was primarily driven by growth in our Media segment as well as a shift in the timing of revenue related to certain licensing agreements. These items more than offset an increase in certain costs to support the creation of content. For 2022, we now anticipate Adjusted OIBDA at the upper-end of the range of $370 to $385 million.”

Revenue increased 19% to $304.6 million, primarily due to an increase in core content rights fees for the Company’s flagship programs, Raw and SmackDown, and the monetization of third-party original programming. To a lesser extent, higher consumer product licensing revenue and international ticket sales also contributed to the increase in revenue.

Operating Income decreased 8%, or $5.1 million, to $58.9 million, as the increase in revenue was offset by an increase in operating expenses. The increase in operating expenses was primarily driven by higher costs to support the creation of content as well as the impact of certain costs related to the Special Committee investigation. (See the “Special Committee Investigation” discussion for further details.) The Company’s operating income margin decreased to 19% from 25%.

Adjusted OIBDA (which excludes stock-based compensation and other items included in operating income) increased 17%, or $13.3 million, to $91.2 million. The Company’s Adjusted OIBDA margin remained flat at 30%.

Return of Capital to Shareholders

The schedules below reflect WWE’s performance by operating segment (in millions):

Revenue increased 15%, or $30.3 million, to $233.0 million, primarily due an increase in both domestic and international media rights fees related to the Company’s flagship programs, Raw and SmackDown. The increase was also related to the delivery of third-party original programming.

Operating income increased 5%, or $0.5 million, to$9.6 million, as the increase in revenues (as described above) was essentially offset by an increase in event-related expenses.

Revenue increased 45%, or $11.3 million, to $36.4 million, primarily due to higher licensing revenue. During the quarter, approximately $10 million in revenue was recorded primarily as a result of the Company revising its estimates related to revenue recognition for certain licensing agreements with minimum guarantees. Prior to the change in estimates, the Company expected to recognize the majority (approximately $9 million) of this amount in the fourth quarter of 2022.

Operating income increased 157%, or $11.3 million, to $18.5 million, primarily reflecting the increase in revenue (as described above). Operating expenses were essentially flat as increases in variable costs associated with sales activity were substantially offset by lower expenses related to the transition of eCommerce operations to a third-party.

In February, the Company issued Adjusted OIBDA guidance of $360 – $375 million for the full year 2022. In August, the Company raised its guidance to $370 – $385 million. Based on performance through the first nine months of the year as well as management’s current expectations for the fourth quarter, the Company now expects full year 2022 Adjusted OIBDA to be at the upper-end of the range of $370 – $385 million. This range of anticipated performance reflects a full live events touring schedule, including a large-scale international event, and increased monetization of third-party original programming, partially offset by increased costs to support the creation of content.

The Company estimates fourth quarter 2022 Adjusted OIBDA of $83 – $90 million. The estimate reflects revenue growth primarily driven by an expected increase in media rights fees for the Company’s premium live events as well as an expected increase in the monetization of third-party original programming. Similar to the prior year quarter, the fourth quarter 2022 estimate reflects expected revenue from the staging of a large-scale international event. The Company anticipates that fourth quarter results will also reflect the negative impact of the previously mentioned shift of revenue into the third quarter related to certain licensing agreements with minimum guarantees, as well as an increase in operating expenses, including certain costs to support the creation of content.

As previously announced, a Special Committee of independent members of the Board of Directors was formed to investigate alleged misconduct by Vincent K. McMahon, the Company’s former Chairman and Chief Executive Officer, who resigned from all positions held with the Company on July 22, 2022 but remains a stockholder with a controlling interest, and another executive, who is also no longer with the Company. The Special Committee investigation is now complete and the Special Committee has been disbanded. Management is working with the Board to implement the recommendations of the Special Committee related to the investigation. For the three and nine-month periods ended September 30, 2022, the Company’s consolidated pre-tax results include the impact of $17.7 million and $19.4 million, respectively, associated with certain costs related to the investigation. Please see the Company’s SEC filings, including, but not limited to, its annual report on Form 10-K/A and quarterly reports on Form 10-Q/A and Form 10-Q for further details and ongoing risks regarding this matter.

The Company defines Adjusted OIBDA as operating income excluding depreciation and amortization, stock-based compensation expense, certain impairment charges and other non-recurring items that management deems would impact the comparability of results between periods. Adjusted OIBDA includes amortization and depreciation expenses directly related to supporting the operations of our segments, including content production asset amortization, depreciation and amortization of costs related to content delivery and technology assets utilized for the WWE Network, as well as amortization of right-of-use assets related to finance leases of equipment used to produce and broadcast our live events. The Company believes the presentation of Adjusted OIBDA is relevant and useful for investors because it allows them to view the Company’s segment performance in the same manner as the primary method used by management to evaluate segment performance and to make decisions regarding the allocation of resources. Additionally, the Company believes that Adjusted OIBDA is a primary measure used by media investors, analysts and peers for comparative purposes.

Adjusted OIBDA is a non-GAAP financial measure and may be different from similarly titled non-GAAP financial measures used by other companies. WWE views operating income as the most directly comparable GAAP measure. Adjusted OIBDA (and other non-GAAP measures such as Adjusted Operating Income, Adjusted Net Income and Adjusted EPS which are defined as the GAAP measures excluding certain nonrecurring, material items that impact the comparability between periods) should not be considered in isolation from, or as a substitute for, operating income, net income, EPS or other GAAP measures, such as operating cash flow, as an indicator of operating performance or liquidity.

The Company defines Free Cash Flow as net cash provided by operating activities less cash used for capital expenditures. WWE views net cash provided by operating activities as the most directly comparable GAAP measure. Although it is not a recognized measure of liquidity under U.S. GAAP, Free Cash Flow provides useful information regarding the amount of cash WWE’s continuing business generates after capital expenditures and is available for reinvesting in the business, debt service, share repurchases and payment of dividends.

As previously announced WWE will host a conference call at 5:00 p.m. ET on November 2, 2022, to discuss its third quarter 2022 results. All interested parties are welcome to listen to a live webcast that will be hosted through the Company’s website at corporate.wwe.com/investors. Participants can access the conference call by dialing 1-855-200-4993 (toll free) or 1-323-794-2092 from outside the U.S. (conference ID for both lines: 5826559). Please reserve a line 5-10 minutes prior to the start time of the conference call.

The earnings presentation referenced during the call will be made available on November 2, 2022, at corporate.wwe.com/investors. A replay of the call will be available approximately two hours after the conference call concludes and can be accessed on the Company’s website.

Additional business metrics are made available to investors on the corporate website – corporate.wwe.com/investors.

WWE, a publicly traded company (NYSE: WWE), is an integrated media organization and recognized leader in global entertainment. The Company consists of a portfolio of businesses that create and deliver original content 52 weeks a year to a global audience. WWE is committed to family-friendly entertainment on its television programming, premium live events, digital media, and publishing platforms. WWE’s TV-PG programming can be seen in more than 1 billion homes worldwide in 30 languages through world-class distribution partners including NBCUniversal, FOX, BT Sport, Sony India and Rogers. The award-winning WWE Network includes all premium live events, scheduled programming and a massive video-on-demand library and is currently available in more than 180 countries. In the United States, NBCUniversal’s streaming service, Peacock, is the exclusive home to WWE Network. 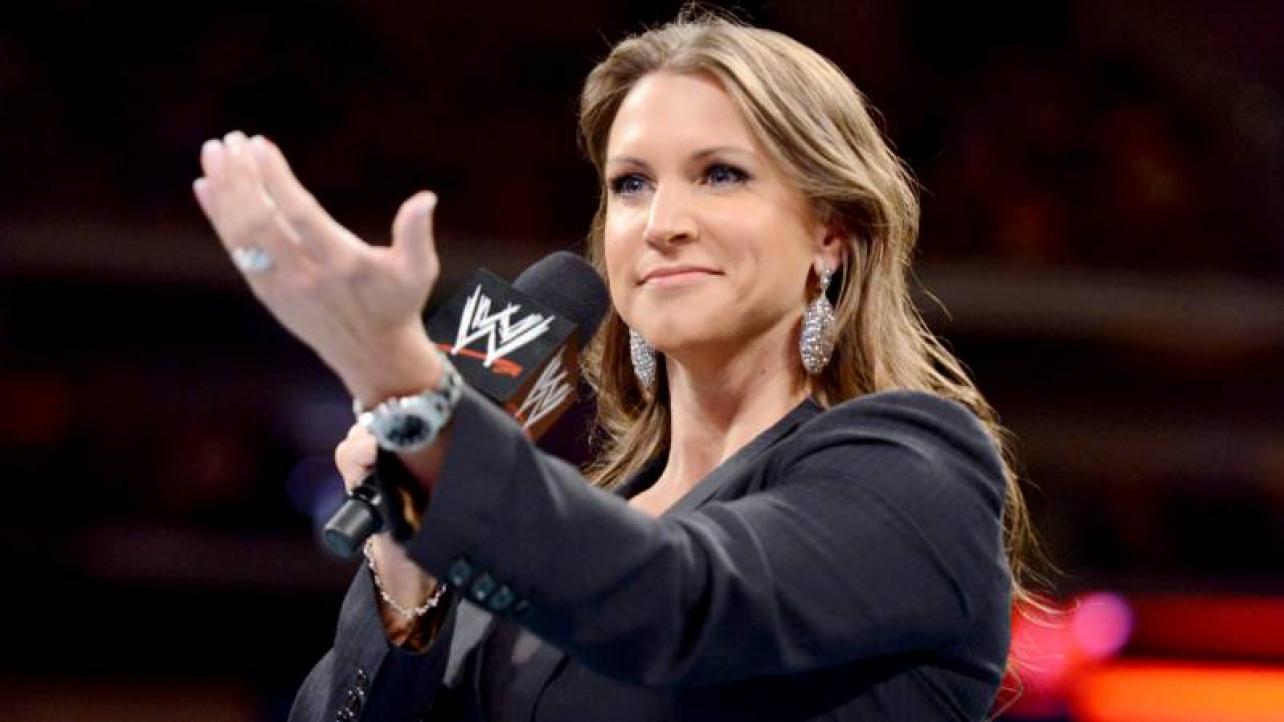