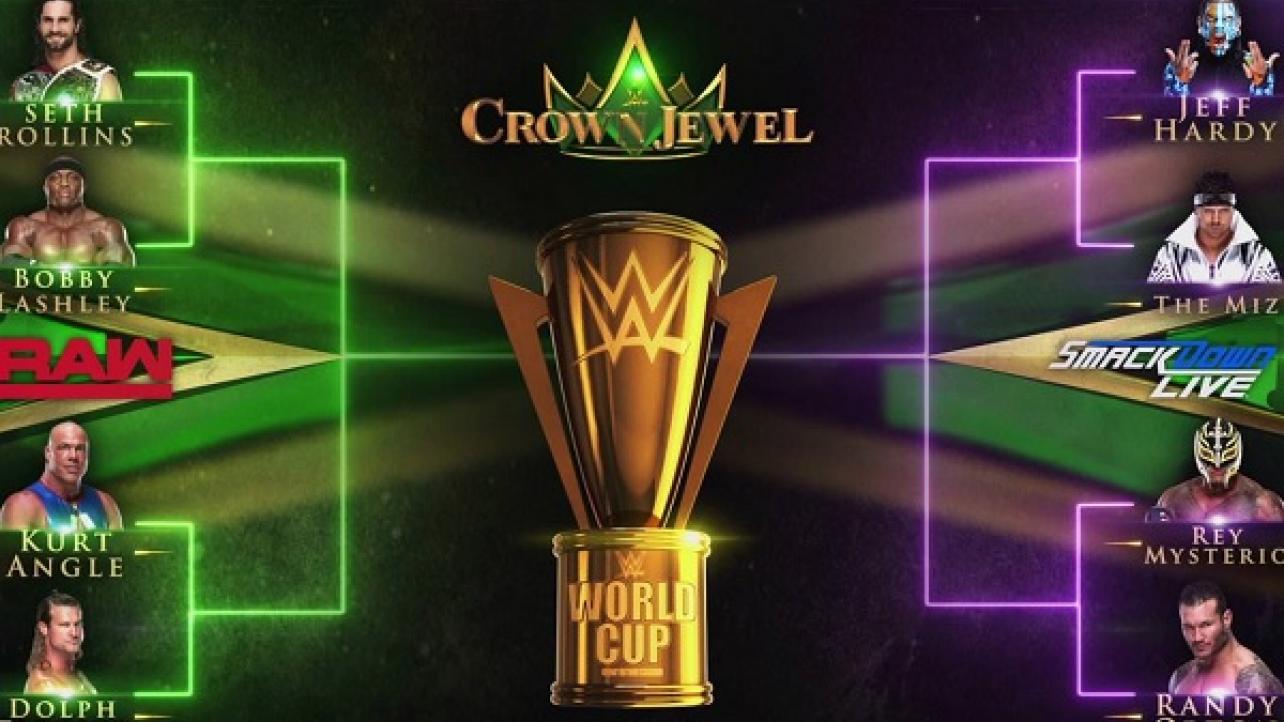 As announced on Monday’s WWE Raw, John Cena is out of the Crown Jewel PPV amid rumors that he refused to work the event due to the Saudi government’s involvement in the murder of a journalist. The speculation was that Bobby Lashley would be replacing Cena and that became a reality on Raw after WWE made it official. They also released the brackets for the tournament, guaranteeing that the finals will be a Raw vs. Smackdown affair.

On the Raw side, Seth Rollins battles Bobby Lashley while Kurt Angle and Dolph Ziggler will tussle in a first round matches. The winners will face off in the semi-finals. On the Smackdown side, Jeff Hardy takes on The Miz in an opening round match and Rey Mysterio will wrestle Randy Orton in the other, with the two winners once again facing off. The winners of the semi-finals (one from Raw and one from Smackdown) will then compete to determine the winner.