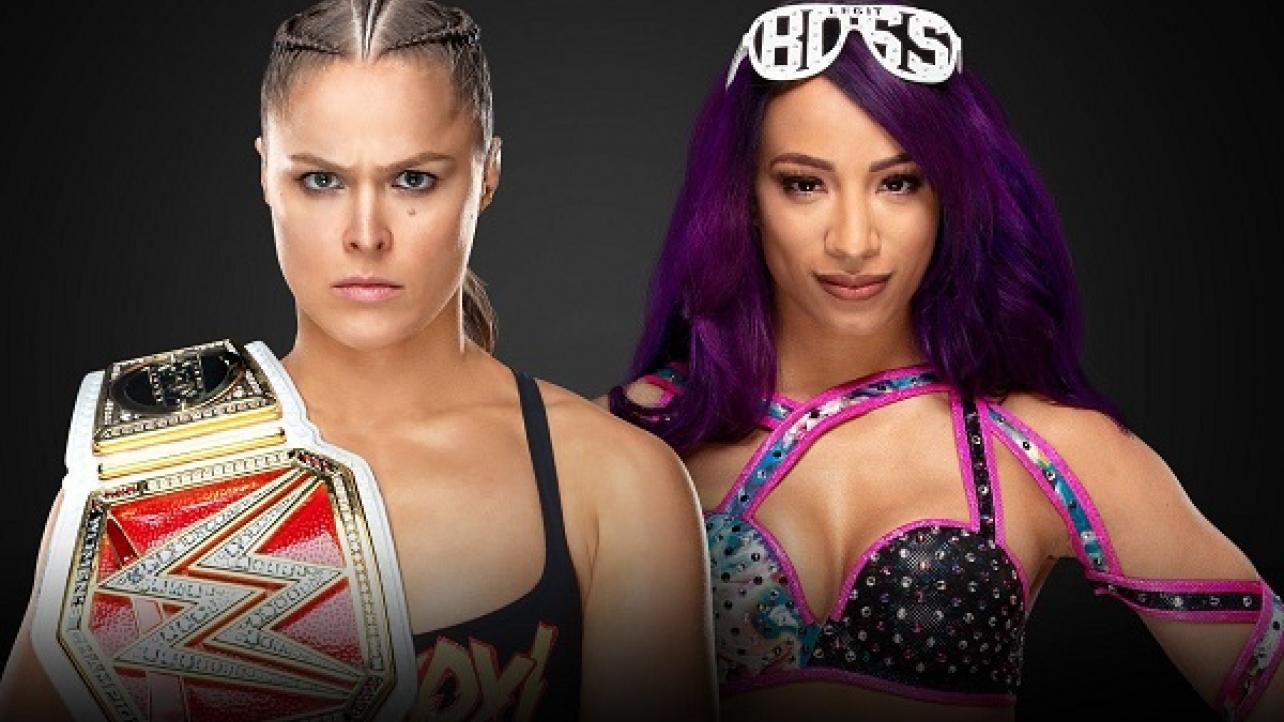 Now confirmed for the PPV, which goes down from Chase Field in Phoenix, Arizona on Sunday, January 27th is Ronda Rousey vs. Sasha Banks for the WWE RAW Women’s Championship.

With that now known, featured below is an updated look at the lineup for the WWE Royal Rumble 2019 PPV:

Make sure to join us here at eWrestling.com on 1/27 for live play-by-play results coverage of the WWE Royal Rumble 2019 PPV!