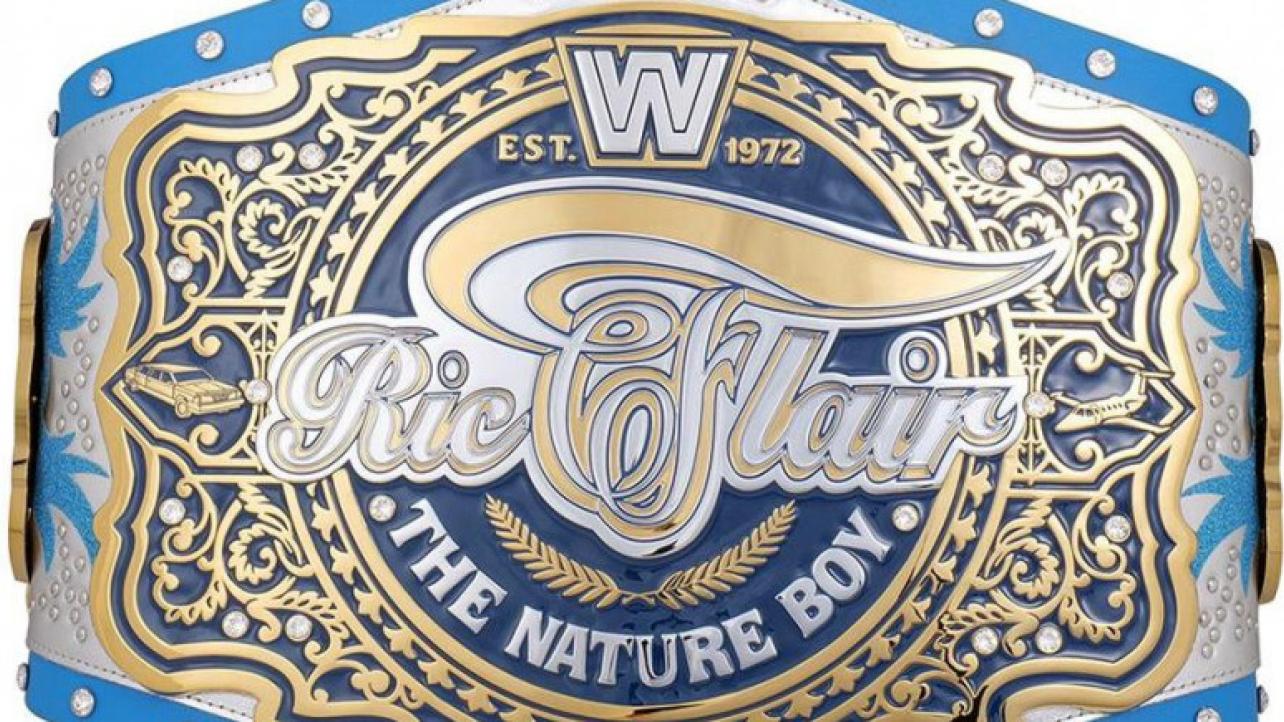 On Friday, WWE issued an announcement regarding new Ric Flair Legacy Championship belts being on sale at the WWE Shop website.

“ONLY 500 INDIVIDUALLY NUMBERED TITLES WILL EVER BE PRODUCED, AND EACH COMES IN ITS VERY OWN DIAMOND COLLECTOR’S CASE.

In an unmatched career that spanned over 30 years with stops in the AWA, NWA, WCW & WWE, Flair amassed an incredible 16 World Heavyweight Championship title reigns. But he will perhaps always be better remembered by those who loved him or just loved to hate him as The Nature Boy, a larger than life stylin’, profilin’, limousine riding, jet flying, kiss-stealing, wheelin’ and dealin’ son of a gun. Whether in designer suits, outlandish robes, or shoes that cost more than your house, Ric Flair always left an indelible impression wherever he went.

WWE Shop is honoring the legacy of Ric Flair with the latest entry in the Legacy Championship Series line developed to celebrate the legacy and achievements of some of the most prolific Superstars in WWE history. Exclusively available at WWE Shop, only 500 of these titles will ever be offered for sale, making it an absolute must-have for collectors and fans alike.

This custom-crafted limited-edition title has a real leather strap containing 58 Swarovski crystals! Housed in a special Diamond Case, you’ll be saying “Diamonds are forever and so is Ric Flair!”

Each Legacy Championship Title comes with a custom Ric Flair robe to make you really feel like the Nature Boy!

The strap has undergone a special printing technique to match his iconic ring gear featuring the phrases “Limousine-Ridin’”, “Jet Flyin’”, “Kiss-Stealin’”, “Wheelin’ and Dealin’” & “Son of a Gun”. The custom main plate has 16 Swarovski Crystals to celebrate all of Ric Flair’s 16 championship victories. This title is truly a must have for all Ric Flair fans!”