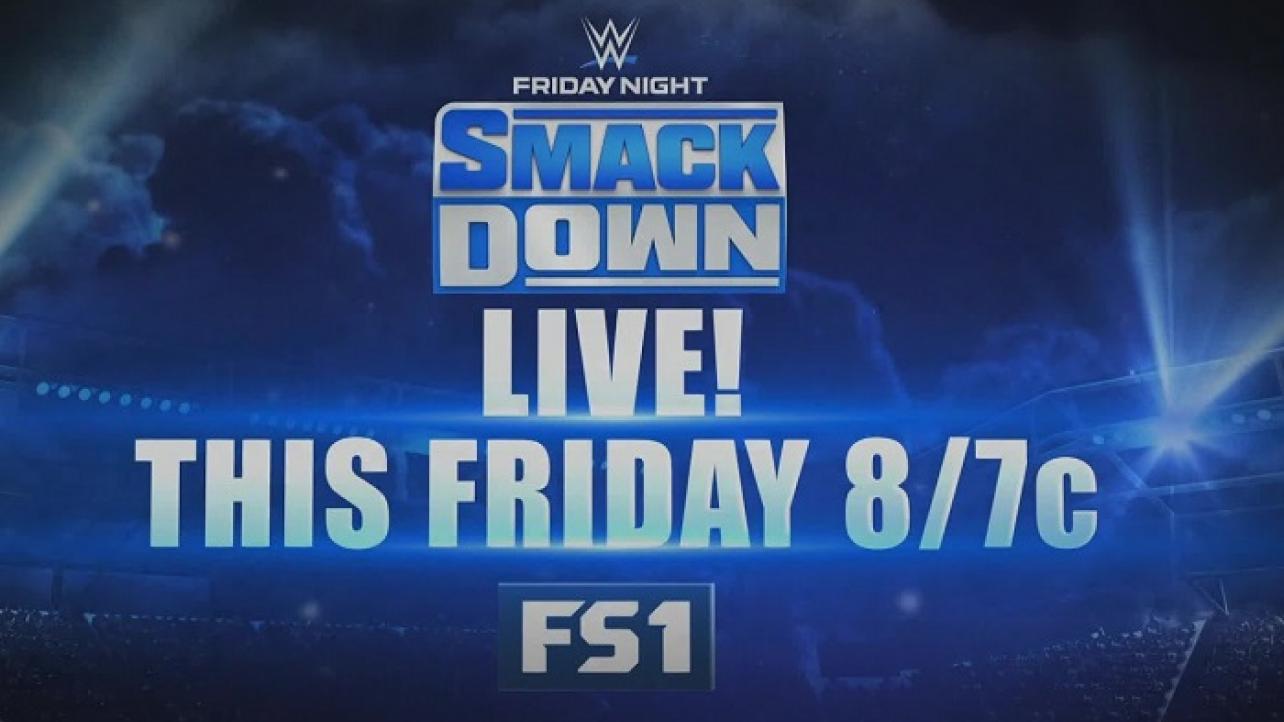 As noted, this week’s show will not be airing on FOX due to the MLB World Series taking their usual time slot. Instead, tonight’s show will air live on FOX Sports 1 (FS1).

Only six nights before their colossal WWE Title Match at WWE Crown Jewel, Brock Lesnar and Cain Velasquez will be under the same roof this Friday night on SmackDown. Paul Heyman and Rey Mysterio will accompany the respective rivals as they size each other up ahead of the epic showdown.

Harsh words were exchanged on both sides the last time Lesnar and Velasquez were in the same arena. With years of personal animosity and several explosive exchanges in recent weeks, it is anyone’s guess as to what will go down when the two once again cross paths this Friday night at 8/7 C when SmackDown airs one time only on FS1.

With the massive 5-on-5 Team Hogan vs. Team Flair showdown at WWE Crown Jewel approaching, both Hulk Hogan and Ric Flair will sit down with The Miz on Friday Night SmackDown on FS1.

The Hulkster will be joined by team captain Roman Reigns as well as Shorty G and Ali. “The Nature Boy” won’t be stylin’, profilin’, and limousine riding solo, as Intercontinental Champion Shinsuke Nakamura and King Corbin will be in tow on Friday Night SmackDown.

Will The Miz be able to keep a level of civility on his set, or will tempers overflow to provide pre-Crown Jewel fireworks?

Find out this Friday night when SmackDown airs one time only on FS1!

The New Day emerged victorious after teaming with Heavy Machinery against Ziggler, Roode and The Revival in a colossal Eight-Man Tag Team Match ahead of WWE Crown Jewel.

Will Kingston and Big E find their old groove, or will Ziggler & Roode tip the scales back in their direction ahead of the historic Tag Team Turmoil Match at WWE Crown Jewel?

Nikki Cross is on the rise, but Mandy Rose wants to let the WWE Universe know that she is the one who truly reigns supreme over the SmackDown Women’s division. The Golden Goddess won’t be standing alone, as Sonya Deville will be ringside in support of her Fire & Desire teammate.

Will Cross continue to put Bayley on notice, or will The Golden Goddess send her own message to the mere mortals of the division?

Friday Night SmackDown heads to FS1 for one night only

Get your popcorn ready and plan accordingly – SmackDown moves to a new network this Friday for one night only.

Due to the World Series airing Friday night on FOX, SmackDown will broadcast live on FS1 at 8 p.m. ET/5 p.m. PT. To find the channel listing for FS1 on your cable provider, click here.

It will be another star-studded Friday Night SmackDown, as bitter rivals in Brock Lesnar and Cain Velasquez as well as Hall of Famers Hulk Hogan and Ric Flair meet face to face before their showdowns at WWE Crown Jewel.

Make sure to join us here at eWrestling.com TONIGHT for LIVE WWE Friday Night SmackDown On FS1 Results coverage from Kansas City, MO!