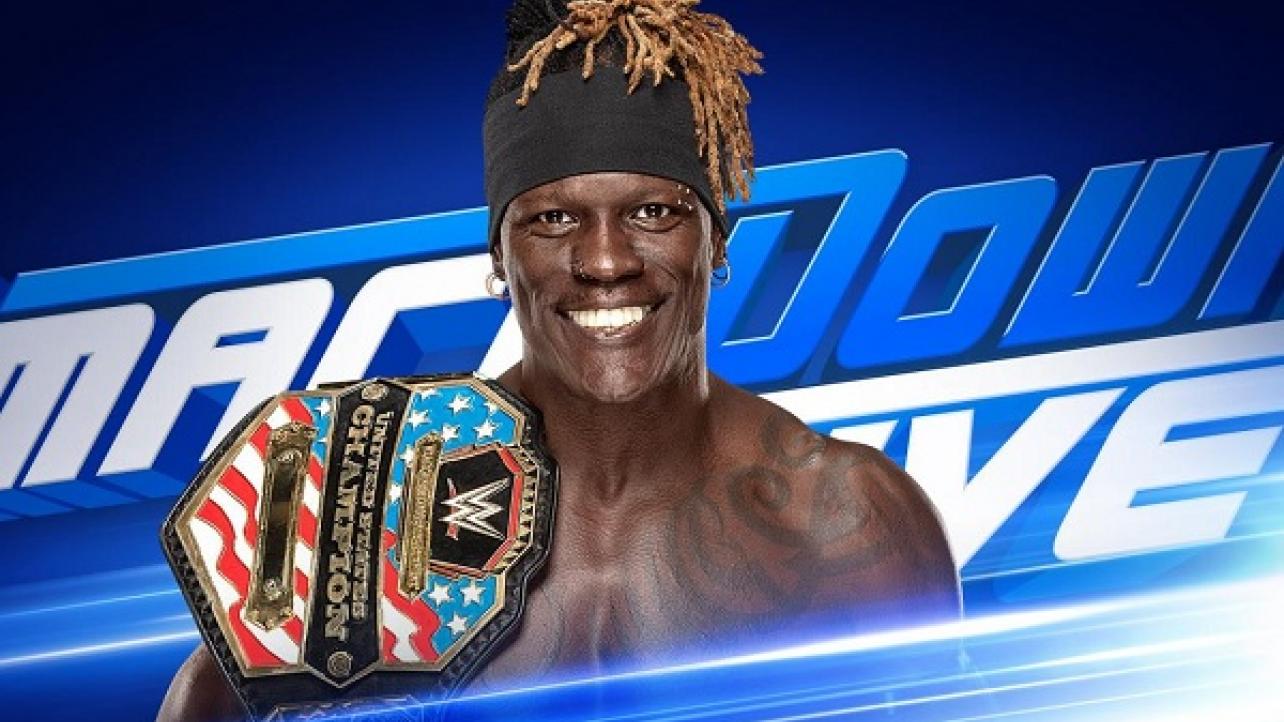 Last week, in his quest to make John Cena proud, R-Truth renewed Cena’s tradition of the United States Championship Open Challenge, and successfully defended the star-spangled title against Rey Mysterio and Andrade in a Triple Threat Match. Tonight, Truth’s quest continues as he issues another challenge. Who will step up for this huge opportunity? Find out tonight on SmackDown LIVE at 8/7 C on USA Network!

Asking himself “What would John Cena do?,” R-Truth took on both Rey Mysterio and Andrade when they answered his United States Championship Open Challenge this past week. With the two rivals focused on each other, Truth was able to roll up Mysterio and retain his title.

Tonight, Truth will issue another open challenge for his star-spangled title. Who will step up and answer the call?

The Miz to face Jey Uso

Just five nights before their SmackDown Tag Team Championship rematch at WWE Fastlane, The Miz and Jey Uso will square off in a one-on-one battle with momentum hanging in the balance.

The Usos remain convinced that The A-Lister is a joke, and that Shane McMahon should find another tag team partner, though Shane-O-Mac clearly disagreed when he made the rematch for Fastlane in The Miz’s hometown of Cleveland.

Can The Awesome One prove himself and gain momentum heading into the huge title match?

Mr. McMahon shocked the WWE Universe last Tuesday when he replaced Kofi Kingston in the WWE Championship Match at WWE Fastlane with the returning Kevin Owens. KO teamed up with Kingston later that night, pinning WWE Champion Daniel Bryan with a thunderous Stunner.

With just five nights remaining before their title showdown, what else might KO do to get the upper hand on Bryan?

Will The Hardy Boyz continue their quest to become the greatest tag team?

Last Tuesday, Matt & Jeff Hardy reunited as a tag team for the first time since 2017, defeating The Bar in a thrilling battle. In a WWE.com exclusive interview following their victory, The Hardy Boyz said that they joined forces once again to prove to everyone that they are the greatest tag team in time and space.

Will The Hardy Boyz continue on this journey? Who might their quest lead them to next? Find out on SmackDown LIVE, tonight at 8/7 C on USA Network!

Make sure to join us here at eWrestling.com this evening for live play-by-play results coverage of the “go-home” edition of WWE SmackDown Live!