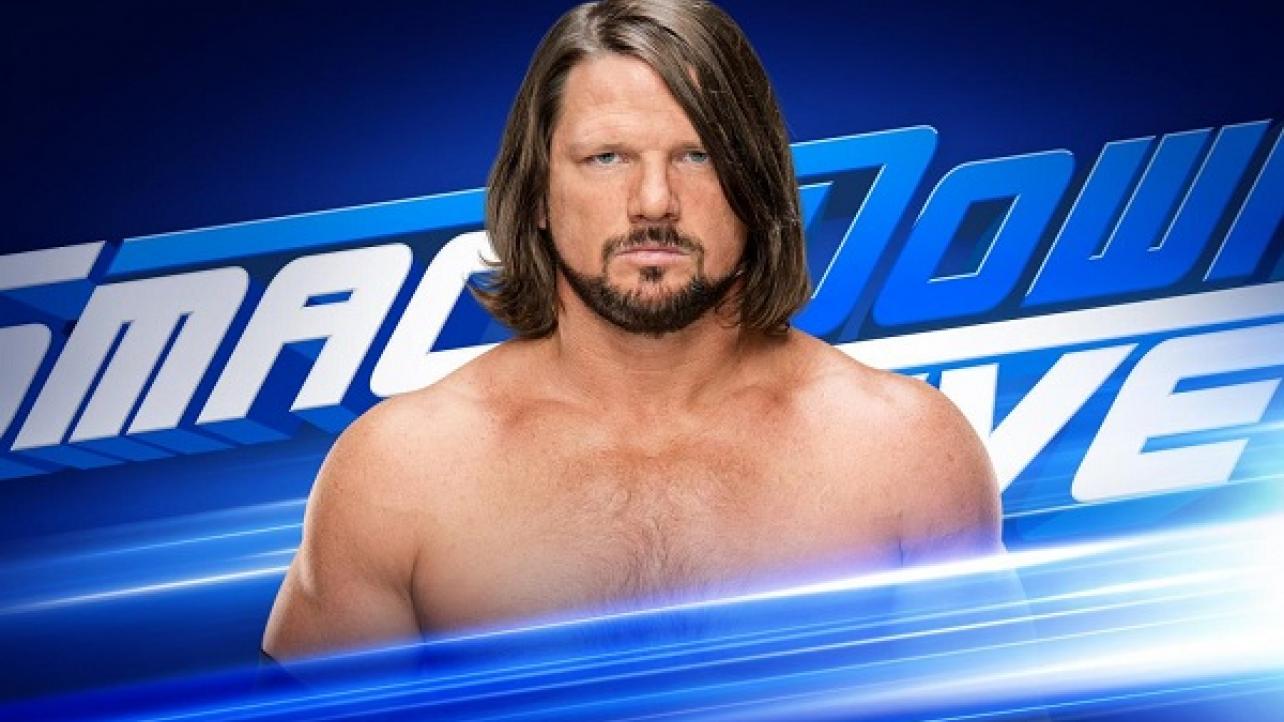 WWE returns to the Target Center in Minneapolis, Minnesota for this week’s edition of SmackDown Live.

AJ Styles has not been seen on Tuesday nights since his controversial WWE Championship loss to Daniel Bryan. The Phenomenal One will return to SmackDown LIVE tonight, and he plans to address Bryan ahead of their title rematch at WWE TLC. What will Styles have to say upon his return to the house he built? Find out tonight at 8/7 C on USA Network!

Since his yearlong reign as WWE Champion was brought to a screeching halt by Daniel Bryan, AJ Styles has not been seen on SmackDown LIVE.

That will change tonight, when The Phenomenal One returns to respond to the new WWE Champion ahead of their championship rematch at WWE Tables, Ladders & Chairs in three weeks. What will Styles have to say? Find out tonight on SmackDown LIVE at 8/7 C on USA Network!

The Man is back.

SmackDown Women’s Champion Becky Lynch makes her return to SmackDown LIVE for the first time since she revealed she was not cleared to face Ronda Rousey at Survivor Series after suffering a severe concussion and broken face at the hands of Nia Jax, instead choosing Charlotte Flair to replace her.

The Queen showed a ruthless side against the Raw Women’s Champion, battering Rousey with a Kendo stick and a steel chair. Will The Man have anything to say about her former friend’s new attitude?

Twenty years ago, Jeff Hardy joined WWE alongside his brother Matt and revolutionized the industry with his daredevil style.

Tonight on SmackDown LIVE, The Charismatic Enigma celebrates two decades of awe-inspiring moments, championship victories and countless ups and downs with the WWE Universe. What does the former WWE Champion have planned for this special occasion? Find out tonight at 8/7 C on USA Network!

Make sure to join us here at eWrestling.com later this evening for WWE SmackDown Live play-by-play results coverage!