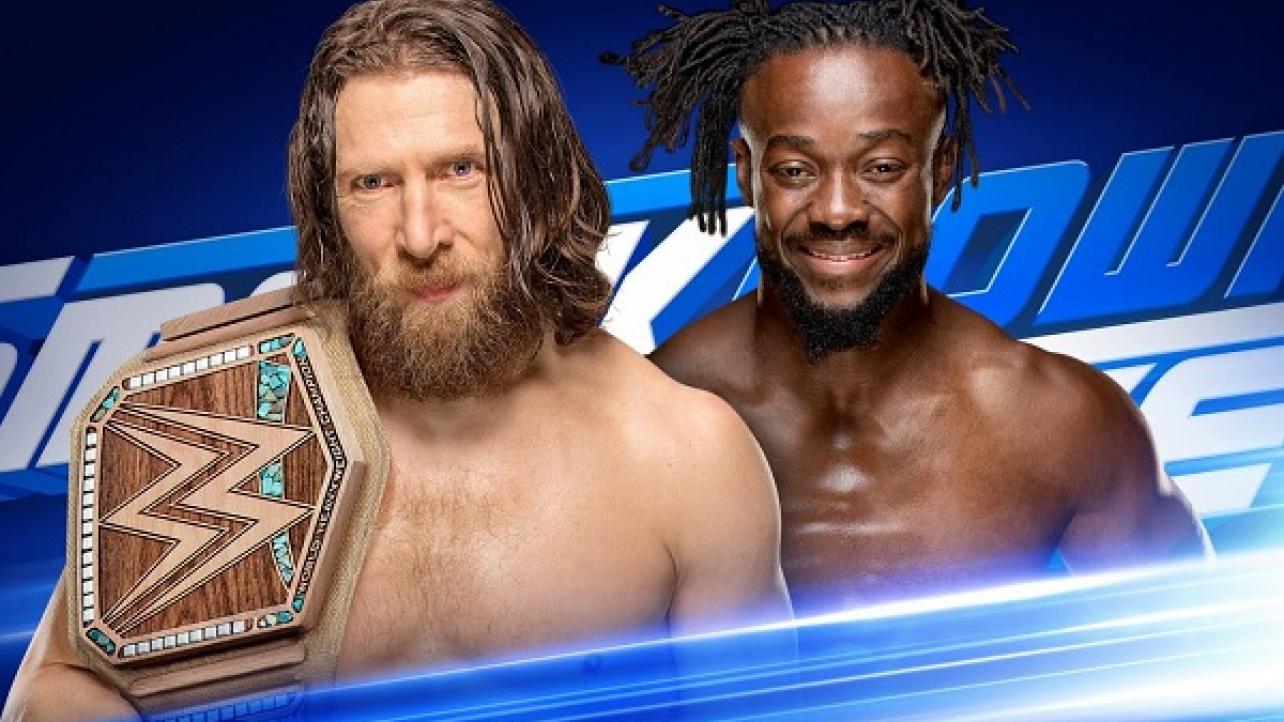 Kofi Kingston will get another opportunity to dethrone “The New” Daniel Bryan as WWE Champion at WWE Fastlane and tonight, the two Superstars will make the match official when they sign the contract for the major title bout.

Kingston has pinned Bryan on the last two editions of SmackDown LIVE, while, in turn, Bryan pinned Kingston inside the Elimination Chamber to retain his eco-friendly WWE Championship. The Dreadlocked Dynamo’s momentum has been surging for the past several weeks and it is clear that Bryan is aware of it. What will happen when the two sign on the dotted line?

Can Johnny Gargano keep the momentum going against Cesaro?

Johnny Gargano & Tommaso Ciampa made a major statement when they defeated The Bar last week in their debut on SmackDown LIVE. The pair will now get a chance to double down on their emphatic victory when Gargano squares off against Cesaro on the blue brand this week. The Swiss Cyborg will surely look to quell Johnny Wrestling’s upward climb, but with Sheamus and Ciampa in their partners’ respective corners it’s safe to assume that the playing field will be level.

Can Gargano pull off another monumental victory?

Aleister Black & Ricochet look to rise up on Nakamura & Rusev

Both Aleister Black and Ricochet have impressed mightily so far in singles competition on Raw and SmackDown LIVE over the past two weeks, but the WWE Universe will now find out how they fare as a team when they unite to take on Shinsuke Nakamura & Rusev this Tuesday night.

Ricochet & Aleister Black have teamed up on a few occasions, most recently during NXT’s Halftime Heat, while Nakamura & Rusev came together several weeks ago out of mutual disdain for new United States Champion R-Truth. Will The King of Strong Style and The Bulgarian Brute prove to be the first real roadblock for The One and Only and The Dutch Destroyer?

Will Asuka recover from her loss to Mandy Rose?

Last week, SmackDown Women’s Champion Asuka declared that she was ready for a new challenge, and got one in the form of Mandy Rose. The Golden Goddess stepped up and offered to show The Empress of Tomorrow how to make sure the spotlight stays on her.

God’s Greatest Creation gave Asuka a lesson in doing whatever it takes to come out on top, as Rose feigned an eye injury to throw off Asuka and leave victorious, putting a rare loss on Asuka’s record. How will the SmackDown Women’s Champion handle this setback? Has Mandy Rose made an enemy out of The Empress of Tomorrow?