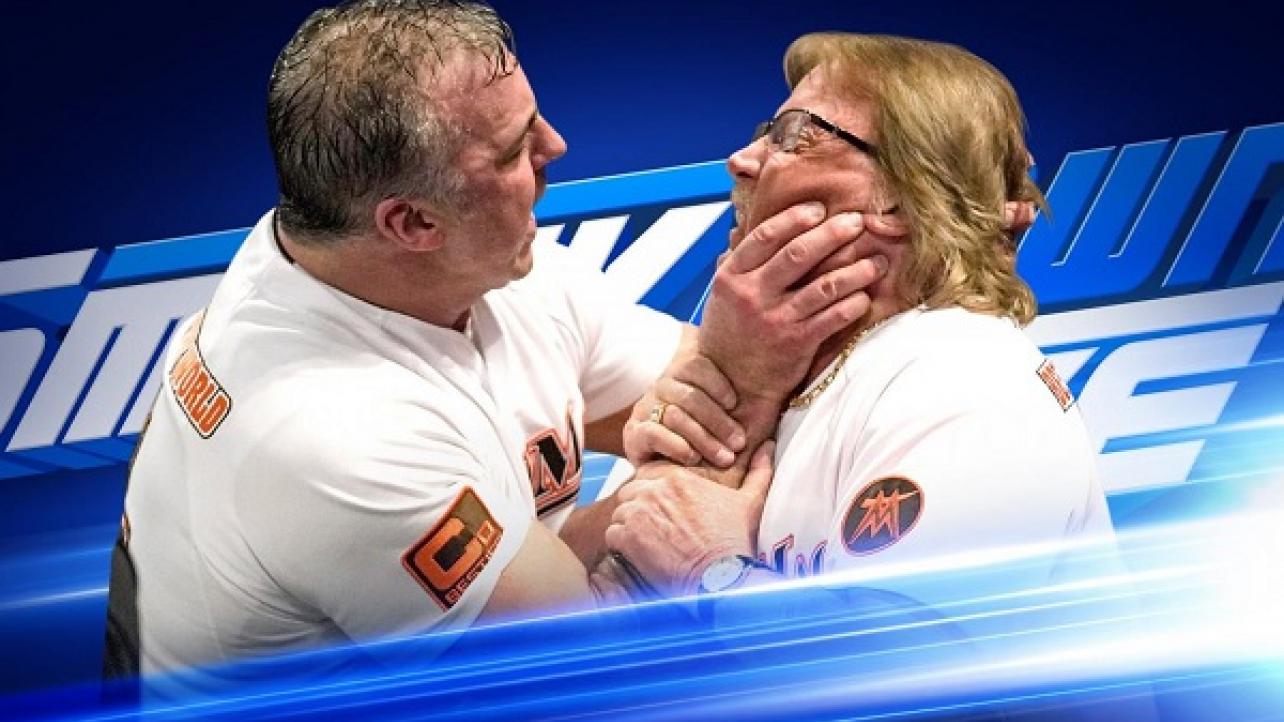 WWE SmackDown Live Preview (3/12): Why Did Shane Brutalize Miz In Front Of His Dad?

WWE returns to the Nutter Center in Dayton, Ohio this evening for the post-Fastlane edition of SmackDown Live on the USA Network.

SmackDown LIVE preview, March 12, 2019: Why did Shane McMahon brutalize The Miz in front of his father?

One of the most shocking moments at WWE Fastlane came after the opening match. Though they came up short in their quest to regain the SmackDown Tag Team Titles from The Usos, all seemed well between Shane McMahon & The Miz as they shook hands and regrouped with The Miz’s father at ringside. However, Shane-O-Mac revealed his true colors shortly after, as he attacked The A-Lister from behind, forcing Miz’s father to watch as he pummeled his son, then put Miz to sleep with a triangle hold. Why did Shane McMahon bring The Co-Besties to an abrupt, brutal end? We may find out when Shane-O-Mac addresses his actions, tonight on SmackDown LIVE at 8/7 C on USA Network!

Shane McMahon shocked the WWE Universe on Sunday at WWE Fastlane when he brutally attacked The Miz in front of his father in The A-Lister’s hometown of Cleveland, Ohio.

Shane-O-Mac had nothing to say on Sunday when Kayla Braxton asked him why, but we may get answers on SmackDown LIVE.

R-Truth to challenge Samoa Joe for the United States Championship

Samoa Joe brought an end to R-Truth’s reign as United States Champion last Tuesday night after answering Truth’s open challenge as part of a Fatal 4-Way Match that also featured Rey Mysterio and Andrade. The Samoan Submission Machine retained the title at WWE Fastlane in a rematch against the same three Superstars. But Joe did not defeat Truth in either match, pinning Andrade last week and putting Mysterio out on Sunday with the Coquina Clutch.

R-Truth will get a one-on-one opportunity to reclaim the title on SmackDown LIVE when he challenges Joe. Can Truth win back the star-spangled title and get back to making his childhood hero, John Cena, proud? Or will Samoa Joe make good on his promise to demolish anyone in his path?

The arrival of NXT newcomers Aleister Black & Ricochet has been met with some resistance from teams on both Raw and SmackDown LIVE. Last Tuesday, The Bar and Rusev & Shinsuke Nakamura ganged up on the upstarts after Black & Ricochet defeated Sheamus & Cesaro. Matt & Jeff Hardy quickly arrived to even the odds.

That sets the stage for a huge Eight-Man Tag Team Match on SmackDown LIVE, as The Hardy Boyz link up with Black & Ricochet to take on The Bar, Rusev & Nakamura. Who will emerge victorious from this high-octane battle?

After a tumultuous WWE Fastlane for Kofi Kingston and The New Day, Mr. McMahon requests Kofi’s presence on SmackDown LIVE. What will Mr. McMahon have to say to Kofi after seemingly agreeing to add Kofi to the WWE Title Match, only to bait-and-switch with a 2-on-1 Handicap Match with The Bar?

On Monday afternoon, still reeling from what transpired at WWE Fastlane, Kingston took to Twitter with a few words for Mr. McMahon:

I’m not sure what Vince was trying to accomplish last night, but one thing became very clear: He does not want to see me as WWE Champion.

After 11 years, I finally have your attention…and I’m not going away. See you Tuesday @VinceMcMahon

I can’t believe…. Actually I can believe that @TrueKofi got screwed again. This is ridiculous and we will figure out a way to make this right.

What will Mr. McMahon have to say in response to all of this? Find out on SmackDown LIVE, tonight at 8/7 C on USA Network!

WWE SmackDown Live Preview (3/12): Why Did Shane Brutalize Miz In Front Of His Dad?