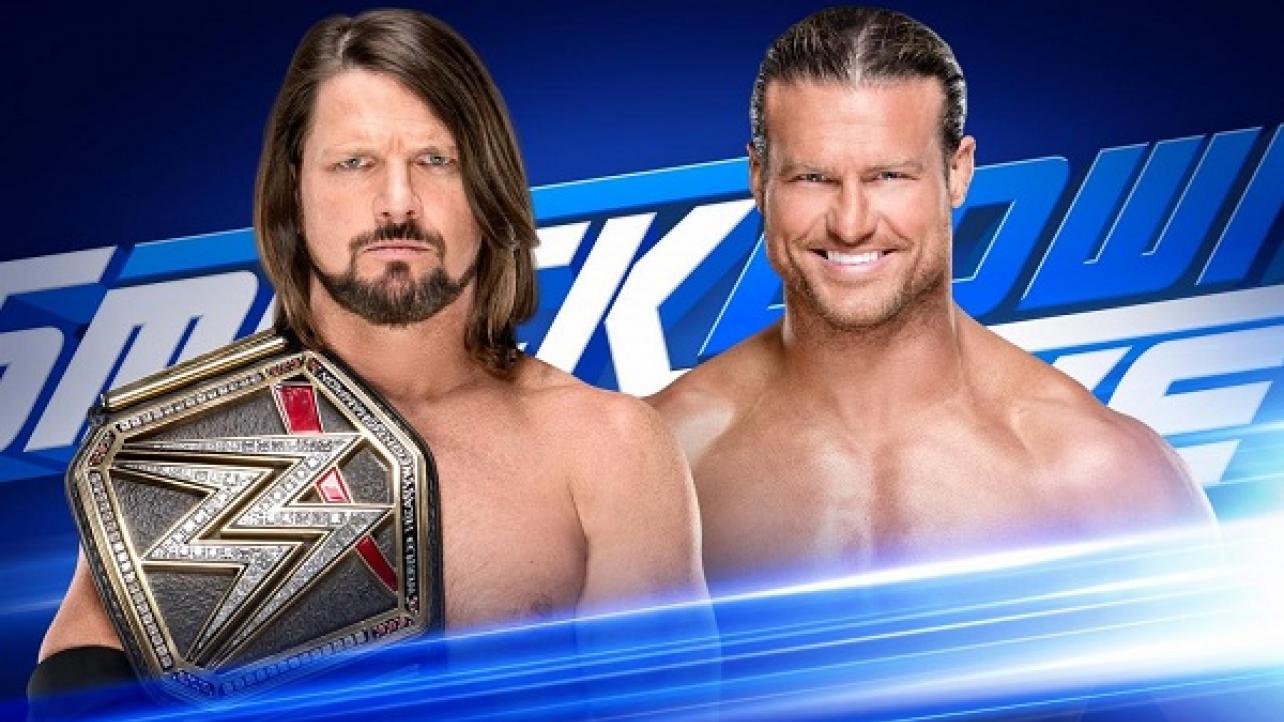 WWE SmackDown Live Preview (3/6): Styles vs. Ziggler Ahead Of Fastlane

WWE returns to the Resch Center in Green Bay, Wisconsin this evening for the final set of television tapings leading up to Sunday’s WWE Fastlane 2018 pay-per-view.

SmackDown LIVE preview, March 6, 2018: Styles dukes it out with The Showoff

With just five days left until WWE Fastlane, two of the competitors in the WWE Championship Six-Pack Challenge will not be taking it easy, as The Road to WrestleMania heats up. WWE Champion AJ Styles will clash with Dolph Ziggler before this Sunday’s huge title showdown. Will Styles gain momentum heading into WWE Fastlane, or will Ziggler show that he’s out to steal the show (and The Phenomenal One’s place) on The Grandest Stage of Them All? Find out tonight on SmackDown LIVE at 8/7 C on USA Network!

The Modern Day Maharaja has been trying to stir up trouble between Orton and Roode in recent weeks, using the SmackDown LIVE Top 10 Superstars List to drive a wedge between the two, setting off a few melees in the meantime. Surely, Mahal is looking to slither into a title opportunity of his own in the near future. Will he be able to make a major statement against The Viper on SmackDown LIVE?

The WWE Champion will be looking to ride a victory into the biggest title defense of his reign, while Ziggler will be out to steal the show and perhaps show the champion that his title (and his place at WrestleMania) are in danger. Who will win this all-important battle?

But before they lock up on Sunday, the two rivals will come face to face on SmackDown LIVE. What will the champion and the leader of The Riott Squad have to say? Will they be able to keep from brawling before their championship showdown?

Will Becky Lynch and Carmella come to blows?

Last Tuesday during SmackDown LIVE, Carmella was answering questions from the WWE Universe on social media, but soon turned to mocking Becky Lynch with Natalya. The Irish Lass Kicker didn’t take too kindly to the insults and issued a challenge to Ms. Money in the Bank. What will happen when these two Superstars are in the same building?

Join us here this evening for live play-by-play results coverage of SmackDown Live!

WWE SmackDown Live Preview (3/6): Styles vs. Ziggler Ahead Of Fastlane