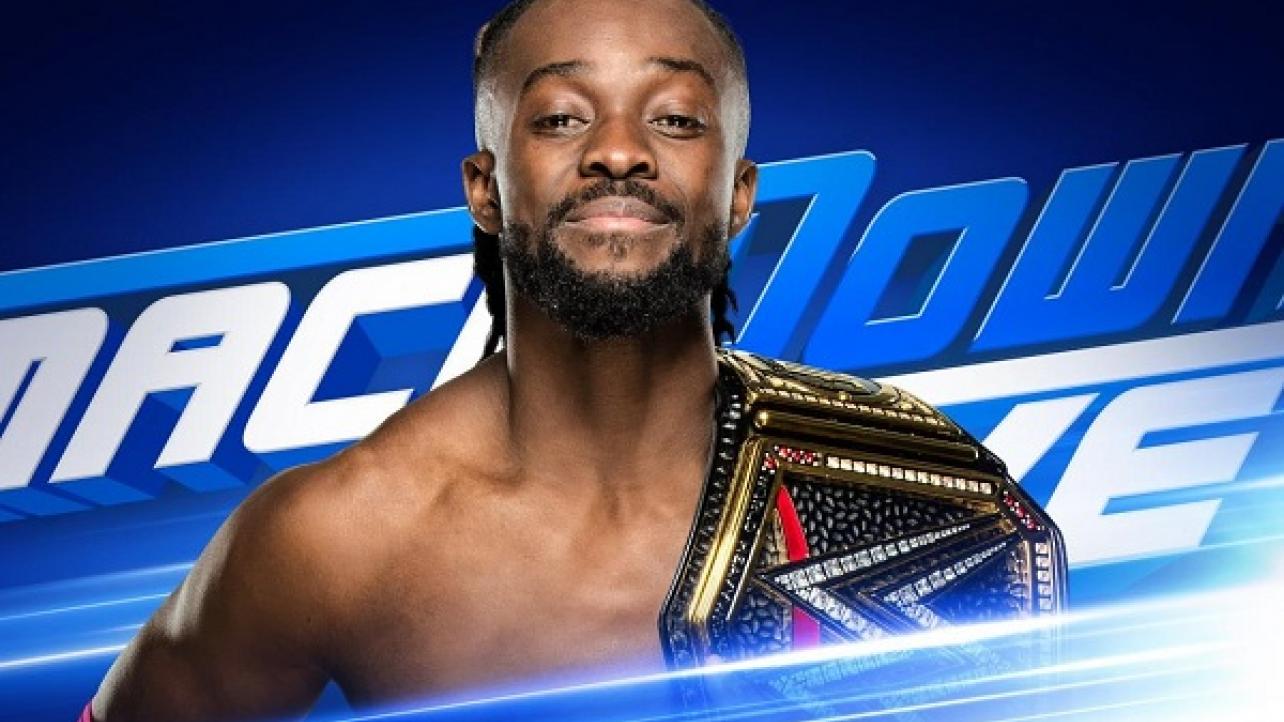 WWE returns to the Schottenstein Center in Columbus, Ohio this evening for this week’s episode of SmackDown Live.

With Big E out of action due to an injured knee, The New Day seemed to be doing just fine when Kevin Owens stepped in as an honorary member of the pancake-loving crew. However, the good times came to a crashing halt last week when Owens brutally attacked WWE Champion Kofi Kingston & Xavier Woods, declaring that he was going to take Kingston’s title. How will the WWE Champion react to the betrayal? Find out when Kofi Kingston gives an exclusive interview, tonight on SmackDown LIVE at 8/7 C on USA Network!

What will WWE Champion Kofi Kingston have to say in an exclusive interview following Kevin Owens’ shocking betrayal?

What will Kingston have to say as he gives his first exclusive interview since Owens’ betrayal? Find out tonight on SmackDown LIVE.

Becky Lynch will face one of the toughest challenges of her entire career when she defends both the Raw and SmackDown Women’s Championships at WWE Money in the Bank against Lacey Evans and Charlotte Flair respectively. However, “Becky Two Belts” will have an even more pressing challenge as she faces off against Bayley on the blue brand for the first time ever in WWE tonight.

Will Lynch be able to focus her attention on The Hugger with such a daunting task approaching at WWE Money in the Bank? Or will Bayley be able to get the most monumental victory of her SmackDown LIVE tenure thus far by knocking the champ-champ down a peg?

Which SmackDown LIVE Superstars will compete in the Men’s and Women’s Money in the Bank Ladder Matches?

After Monday night’s Raw revealed which Team Red Superstars will be in both the Men’s and Women’s Money in the Bank Ladder Matches, the blue brand will round out both lineups tonight.

On the men’s side from Raw, Braun Strowman, Ricochet, Drew McIntyre and Baron Corbin will enter the fray. Raw’s entries in the Women’s Ladder Match include Naomi, Natalya, Alexa Bliss and Dana Brooke.

Which blue brand Superstars will join them and get the chance to climb the ladder and reach for a guaranteed championship opportunity?

How will Roman Reigns deal with Shane McMahon & Elias?

Last Tuesday, Roman Reigns thought he was heading into a fight with Shane McMahon, who was seeking payback for The Big Dog’s Superman Punch on his father, Mr. McMahon. What Reigns walked into was a 2-on-1 ambush by Shane-O-Mac and Elias.

Riding high after leaving The Big Dog down, Elias issued a challenge to Reigns for WWE Money in the Bank. Though he was still reeling from the attack, Reigns did not hesitate to accept. As May 19 draws near, what will happen between Reigns and his rivals? Find out on SmackDown LIVE, tonight at 8/7 C on USA Network!

Make sure to join us here at eWrestling.com this evening for WWE SmackDown Live play-by-play results coverage!