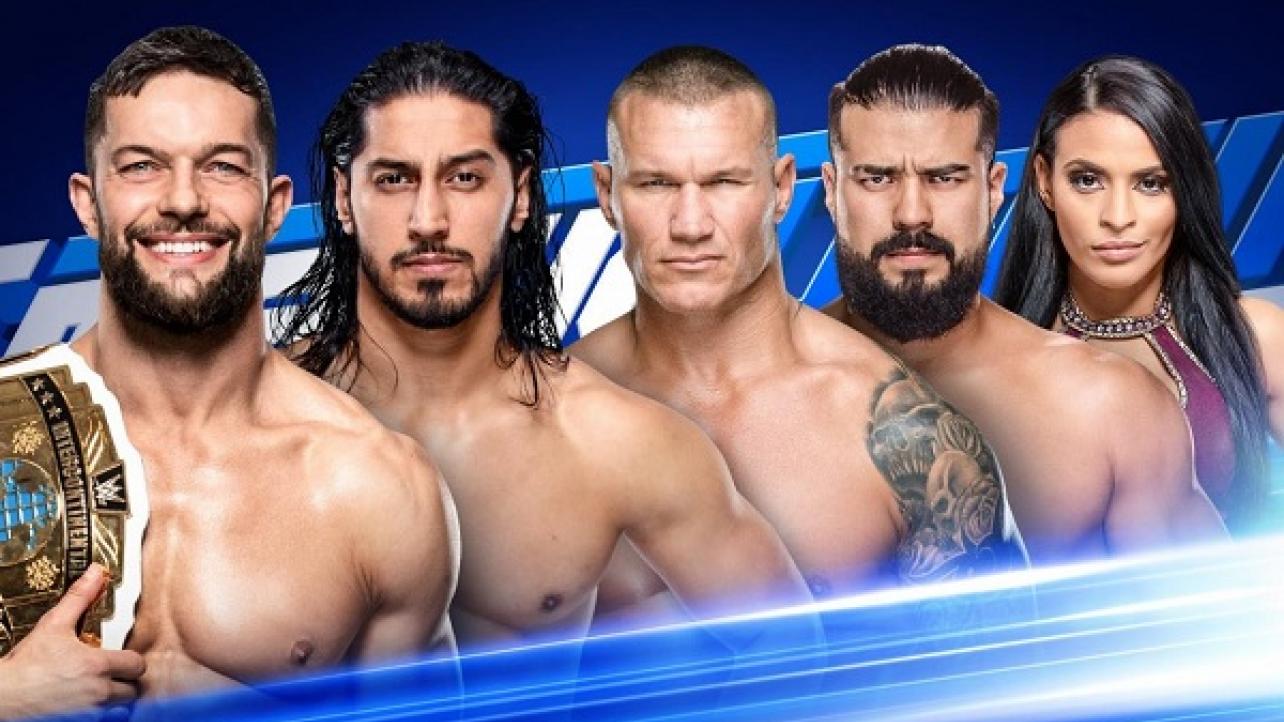 WWE returns to the O2 Arena in London, England this afternoon for this week’s SmackDown Live and 205 Live tapings.

Featured below is the official WWE.com preview for this week’s edition of SmackDown Live on the USA Network.

Intercontinental Champion, Finn Bálor, Ali, Andrade and Randy Orton will lay it all on the line when they compete in the Men’s Money in the Bank Ladder Match next Sunday, but will first look to gain pivotal momentum when they collide in a Fatal 4-Way Match tpnight on SmackDown LIVE.

With all four Superstars having crossed paths in multiple fashions over the past several weeks, there will absolutely be a familiarity factor as they all enter this Fatal 4-Way Match looking to make a major statement ahead of the potentially career-changing Ladder Match. Which Superstar will head into the Money in the Bank pay-per-view with a surging drive that could propel them to the contract? Find out on SmackDown LIVE.

Will Kofi Kingston accept KO’s invitation to come on The Kevin Owens Show?

After weeks of personal attacks, blindside assaults and several raucous brawls, WWE Champion Kofi Kingston and Kevin Owens will collide for the WWE Title at the Money in the Bank pay-per-view, but first, they may … talk it out?

Owens has invited Kingston to join him on The Kevin Owens Show tonight on SmackDown LIVE, only five nights before their massive title match. KO and Kofi have gone through the ringer in recent weeks — will The Dreadlocked Dynamo accept Owens’ invitation? If he does what will the mood be if the two come eye-to-eye on the final stop before WWE Money in the Bank?

Asuka & Kairi Sane have taken the Women’s Tag Team division by storm over the past several weeks, picking up victory after victory with Paige by their side and proving to have an instant chemistry as a unit … but can they topple one of the division’s most tenured teams in Mandy Rose & Sonya Deville?

With WWE Money in the Bank now within arm’s reach, the two teams enter with different very different goals. Asuka & Sane are simply looking to continue building their case towards a WWE Women’s Tag Team Championship opportunity against The IIconics, while Mandy & Sonya will, of course, have at least some of their focus on The Golden Goddess’ involvement in the Women’s Money in the Bank Ladder Match.

Which squad will prevail when they square off tonight?