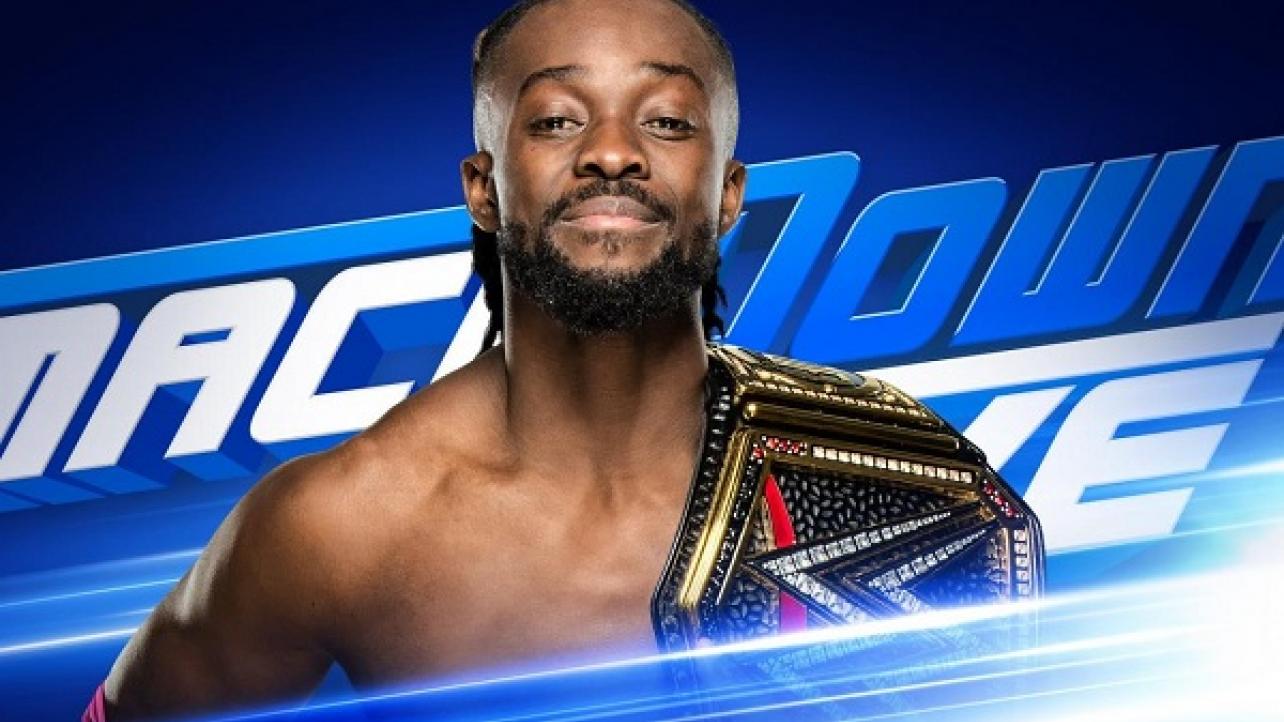 WWE returns to American Airlines Arena in Miami, Florida this evening for this week’s episode of WWE SmackDown Live.

After defeating Samoa Joe at Extreme Rules, WWE Champion Kofi Kingston has his sights set on SummerSlam. But rather than wait for someone to challenge him to a showdown at The Biggest Event of The Summer, Kingston is taking matters into his own hands and has vowed to issue a SummerSlam challenge on SmackDown LIVE. Who will he choose to face? Find out tonight at 8/7 C on USA Network!

After being confronted by Randy Orton, Elias and Samoa Joe last week, WWE Champion Kofi Kingston isn’t waiting for anyone to step up and challenge him at The Biggest Event of Summer. Kingston intends to issue his own challenge to a Superstar to face him at SummerSlam this Tuesday night. Will Kofi choose one of the Superstars that stepped to him last week or test his mettle elsewhere?

Kevin Owens has not been bashful in bombarding Shane McMahon in recent weeks, and after eating his third Stunner in two weeks, Shane is now promising to address KO this Tuesday night.

With Shane promising some form of retaliation on Owens at the end of SmackDown LIVE last week, what will “The Best in the World” have to say? Will he respond to Kevin Owens’ challenge to a SummerSlam match between the two, where if Owens lost, he would quit WWE?

Ember Moon received the biggest opportunity of her WWE career thus far last week, when SmackDown Women’s Champion Bayley challenged her to a title match at SummerSlam. However, The Shenom will have no time to rest on her laurels, as she now has to prepare to challenge The Queen.

Moon will look to make a definitive statement by besting Charlotte Flair, the most decorated Superstar in the Women’s division. Will The War Goddess pick up invaluable momentum as SummerSlam approaches or will The Queen stay Queen and knock Ember down a significant notch?

Shawn Michaels to be guest commentator

Just one night after DX and The Kliq joined forces to help Ricochet run off The OC on Raw Reunion, two-time WWE Hall of Famer Shawn Michaels will be joining the commentary team on SmackDown LIVE.

What kind of insight will HBK bring to the blue brand?

Will Daniel Bryan make his announcement?

Last week, Daniel Bryan vowed to make a career-altering announcement that would shake SmackDown LIVE to its core. However, The Planet’s Champion left the arena without saying a word, even as SmackDown Tag Team Champions The New Day offered him and Rowan a rematch for the titles.

Could Bryan finally reveal his plans to the WWE Universe?

Make sure to join us here at eWrestling.com this evening for WWE SmackDown Live results coverage!