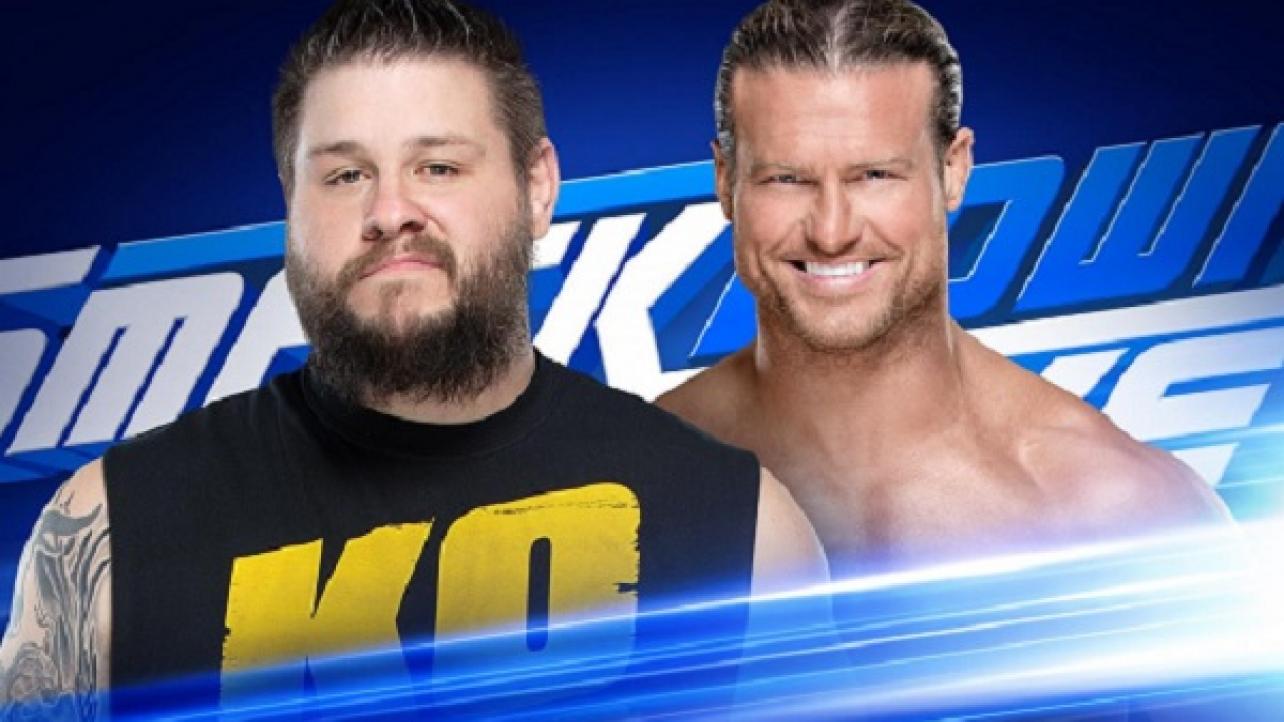 WWE returns to the SNHU Arena in Manchester, New Hampshire this evening for the WWE Extreme Rules 2019 pay-per-view “go-home” episode of WWE SmackDown Live on the USA Network.

After bickering over who deserved a WWE Championship opportunity more, Kevin Owens and Dolph Ziggler were given the chance to earn a chance at a title, though not the one they were looking for. Shane McMahon made them join forces to battle Heavy Machinery, with the winner being placed into the SmackDown Tag Team Title Match at WWE Extreme Rules. Unfortunately for them, KO & The Showoff could not get on the same page, leading to Otis & Tucker’s victory. After another argument, Owens dropped Ziggler with a Stunner, declaring that SmackDown LIVE was his show. The two will get a chance to settle the score when they go one-on-one on the blue brand. Who will emerge victorious from this heated battle? Find out tonight at 8/7 C on USA Network!

Against their wishes, Kevin Owens and Dolph Ziggler were paired together as a tag team last Tuesday night by Shane McMahon … and, well, it didn’t turn out great.

Though they were given a chance to earn their way into the SmackDown Tag Team Title Match at Extreme Rules by defeating Heavy Machinery, KO and The Showoff could not get on the same page. By match’s end, Owens and Ziggler were trading fists with one another as opposed to Otis & Tucker. SmackDown LIVE went off the air with KO dropping The Showoff with a Stunner, and in the aftermath of that, the two will collide in one-on-one competition tonight.

Which Superstar will continue to ascend the ranks on the blue brand? Find out on SmackDown LIVE.

Finn Bálor and Shinsuke Nakamura battle on the blue brand

Shinsuke Nakamura eyed-up Intercontinental Champion Finn Bálor and, seemingly, his title two weeks ago on SmackDown LIVE. Nakamura will now get up-close-and-personal with Bálor when the two face-off tonight.

Can The King of Strong Style topple The Extraordinary Man and cause a major ripple effect on the Intercontinental Championship picture?

Aleister Black’s opponent for WWE Extreme Rules to be revealed

For weeks, Aleister Black has been begging for someone on SmackDown LIVE to knock on his door and pick a fight with him. Finally, someone answered the call two weeks ago, and tonight, the WWE Universe will discover just who it was.

Who will step to The Dutch Destroyer at WWE Extreme Rules? Tune-in to SmackDown LIVE to find out!

Bryan & Rowan, The New Day and Heavy Machinery, the three teams that will square off for the titles at WWE Extreme Rules, will all be present. Will tensions rise just five nights before the major Triple Threat title match? Find out on SmackDown LIVE, tonight at 8/7 C on USA Network!

Make sure to join us here at eWrestling.com tonight for WWE SmackDown Live results coverage!